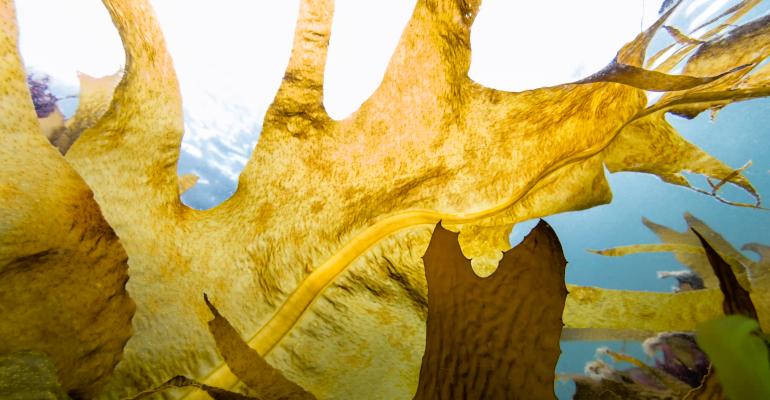 Fucoidans are high molecular weight, fucose based, sulphated polysaccharides that occur in brown macroalgae. Published research regarding fucoidan continues to develop and a considerable array of products containing fucoidan extracts are now available on the market. Fucoidans display an unusually wide array of beneficial bioactivities. They are particularly well known for their efficacy in integrative oncology, anti-viral, immune modulation, gut and digestive health, anti-inflammation and anti-ageing applications.

Fucoidan is particularly well known - and widely utilized - for its anti-cancer properties. In vitro studies show cancer cells are unable to complete the cell cycle when exposed to fucoidan. Likewise, in animal models, fucoidan administration tends to limit tumour growth, which is partly as a result of effects on immune activity. There is also potential for fucoidan to be used alongside, or after, conventional cancer treatments.

In various studies fucoidan has been found to slow tumour metastasis, enhance the therapeutic effects of conventional therapy, reduce the side effects of chemotherapy, and defend against treatment-related weight loss and muscle loss.

Fucoidan exhibits potent anti-viral properties, with potential application in a range of therapeutic settings. Research indicates that the predominant mechanism of action for prevention of infection is by blocking the initial adhesion and subsequent entry of viruses into host cells.  Maritech® organic fucoidan has also been shown to be a potent inhibitor of clinical strains the herpes simplex virus by preventing entry into cells. This includes effective inhibition of HSV1 (cold sore virus) and HSV2 (genital herpes) strains.

Both in vitro and animal studies have demonstrated the anti-viral activity of fucoidan against influenza A viruses, including strains of H1N1 (swine flu).  The mechanism of action may be in part mediated by enhanced immune clearance of the virus.

In one interesting study, Negishi et al found that antibody responses to a seasonal flu vaccine in the elderly were improved by a small daily dose of Undaria fucoidan.

The potential benefits of fucoidan in the treatment of atopic dermatitis (eczema) is particularly encouraging for the 3% of adults and 20% of children worldwide who suffer from this widespread skin condition. Recently, Fucus vesiculosus fucoidan has been shown to significantly ameliorate the development of atopic dermatitis-like symptoms and supress the infiltration of the inflammatory response by activating scavenger receptor class A (SR-A).These results support an earlier study on Undaria pinnatifida fucoidan that demonstrated similar effectiveness.

Maritech® organic fucoidans are the only high purity, certified organic fucoidans with demonstrated potential in gut and digestive health applications. Comprehensive research suggests a range of gastrointestinal benefits from fucoidan, including protecting beneficial gut flora from antibiotics, maintaining the balance of good and bad bacteria, reducing gut inflammation, reducing the growth of yeasts and fungus, inhibiting adhesion of pathogens, and protecting the liver against disease and fibrosis.

Fucoidan can act to reduce acute colitis inflammation in the gut at a supplement sized dose rate.

Fucoidan is well known – and continues to be studied – for its profound anti-inflammatory properties. Research indicates that fucoidan has potential benefits in addressing systemic and local inflammation through its ability to block selectins, reduce cytokine levels and inhibit inflammatory enzymes.

Maritech® organic fucoidan extracts have been shown to exert anti-ageing activity. In vitro studies have confirmed the inhibition of enzymes that lead to wrinkles and reduced skin elasticity. By inhibiting collagenase and elastase, it also protects the building blocks of skin, helping to maintain youthfulness and reduce the effects of ageing.

The capacity of Maritech® organic fucoidan to increase the expression of the SIRT1 protein – known for its longevity boosting and anti-ageing activity – is also well documented. SIRT1 is associated with genes that coordinate and optimise the functions of cells as they struggle to survive in stressful environments. Increased expression of SIRT1 is recognised for its ability to activate key anti-ageing mechanisms including those that promote healthy, youthful skin.

In the first part of this series we discussed the history, source and manufacture of the trending marine ingredient, fucoidan. In this second part we looked at the bioactivity of fucoidan and the key evidence that supports its use across a range of human health areas. In this final instalment we discuss fucoidan product applications, consumer trends and predicted commercial opportunities for the future.