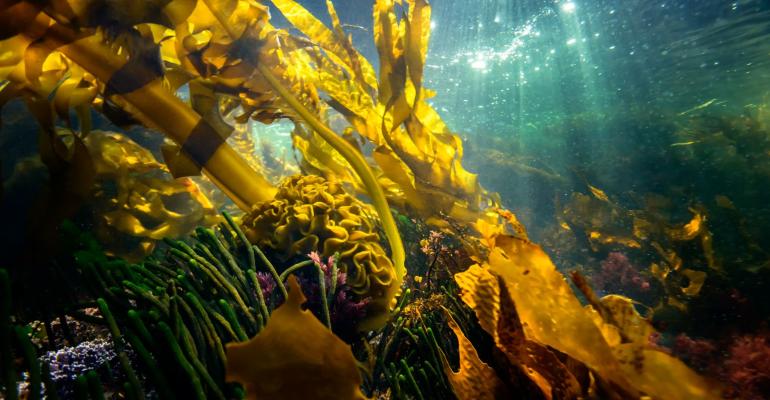 Fucoidans are high molecular weight, fucose-based, sulphated polysaccharides from brown macroalgae.1 Published research regarding fucoidans has continued to develop over the last three years, and a considerable array of products containing fucoidan extracts are now available.

The last review on fucoidan research development described the extraction and analysis for a range of macroalgal fucoidans, in addition to uptake and biological activity.1 This review seeks to provide updates on analysis, regulatory status and current clinical usage of fucoidans. Other recent reviews provide a focus on promising areas of bioactivity,2 anticancer activity3 and pharmaceutical dosage forms.4 The commercial availability of fucoidans present in cosmetics, foods and nutritional supplements has increased. A fucoidan preparation called ‘Haikun Shenxi capsules’ was approved in China in 2003, and its clinical use as a therapeutic for chronic renal failure has been described.5 There is now regulatory approval in the US and Europe for the use of fucoidans in supplements and cosmetics. There have been new developments in assay techniques for measuring fucoidans and establishing bioavailability. The first clinical trial on intravenous delivery of a radiolabelled fucoidan has now been reported.6 This encouraging research focusses on the use of fucoidans to image thrombi and may become the first intravenous clinical application of fucoidan.

Despite earlier research into the potential of fucoidans to prevent post-surgical adhesions—an area of unmet clinical need—only one commercially available product for use in horses, called PERIDAN., has eventuated.7 A 2019 study confirmed the efficacy of both research grade Fucus vesiculosus and PERIDAN. (Laminaria japonica) fucoidans in reducing abdominal adhesions in a rat model.8 Interestingly, continuous infusion of either PERIDAN. or Fucus vesiculosus fucoidan was sufficient to prevent adhesions, but as a single bolus, only fucoidan from Fucus vesiculosus was successful. At the time of writing, no human clinical trials are listed.

The effects of fucoidan on microbiome

Global concern regarding the increase of drug-resistant superbugs and the lack of new antibiotics for treating human and animal diseases has led to a call for new approaches. In agriculture, there is an urgent need to develop strategies to replace antibiotics for food-producing animals, especially poultry and livestock. In human health, there is increasing awareness of a connection between the microbiome and disease conditions.

Fucoidans have bacteria-inhibiting qualities against the ulcer-causing Helicobacter pylori,9-11 and modulate the growth and biofilm-forming properties of other types of bacteria.12 Additional antiviral activity and the anti-inflammatory nature of fucoidans1 make them suitable for a wide range of digestive tract applications. In particular, fucoidans can attenuate inflammation generated by lipopolysaccharides produced by Gram-negative bacteria.13 New research demonstrates activity against norovirus, for which there are no current treatments.14 Perhaps much of the biological activity ascribed to fucoidans may be due their effects on modulating microbiome and inflammation from the oral cavity and throughout the length of the gut.

The use of fucoidans as potential agents in oncology has been recently reviewed by others and is briefly expanded upon here.3,15 The mechanism by which fucoidans could induce either a direct or indirect anticancer effect is better understood. The modulation of immune activity by fucoidans shows promise, not only as an anti-inflammatory agent, but also as a potential vaccine adjuvant. This immune-modulatory effect may also represent an additional anticancer mechanism for fucoidans. Observations in elderly Japanese subjects showed that oral administration of a fucoidan extract enhanced their response to influenza vaccines.16 The mechanism for this useful activity may be associated with the ability of fucoidans to bind to Toll-like receptors.17 Another emerging application in the literature is the use of fucoidans in ocular diseases,18 particularly age-related macular degeneration due to their ability to interfere with the activity of vascular endothelial growth factor (VEGF).19

Bioavailability and measurement of fucoidans

Measuring fucoidans during extraction processes, and in biological tissues and fluids, remains technically challenging. Standard laboratory methods for analysis have been outlined previously.1 Recent developments in measurements in biological fluids include an electrochemical interface method,20 and a highly sensitive dye-based method, now commercially available from the analytical company, Redprobes.21

Interestingly, some fucoidan preparations sold commercially for use in food and supplements may not contain fucoidan as stated. Some preparations appear to be alternative polysaccharides, perhaps laminarin, whilst others may be substituted with glucose or cellulose.24

The oral bioavailability of fucoidan preparations is generally low, although recent studies have elegantly demonstrated the uptake and tissue distribution of Fucus vesiculosus fucoidan in a rat model.25 A Japanese study has further confirmed the bioavailability of fucoidan and its excretion in urine, after ingestion of whole seaweed.26 This follows their earlier work demonstrating the uptake of orally delivered fucoidan in serum and urine.27 The recently described observations of clinical efficacy of orally delivered fucoidan for chronic renal failure indicate probable systemic uptake5 in humans. Systemic uptake after oral delivery indicates potential for additional clinical applications in the future, perhaps including the control of thrombosis.28

For a list of references and to read the full published paper, visit Marinova or MDPI.