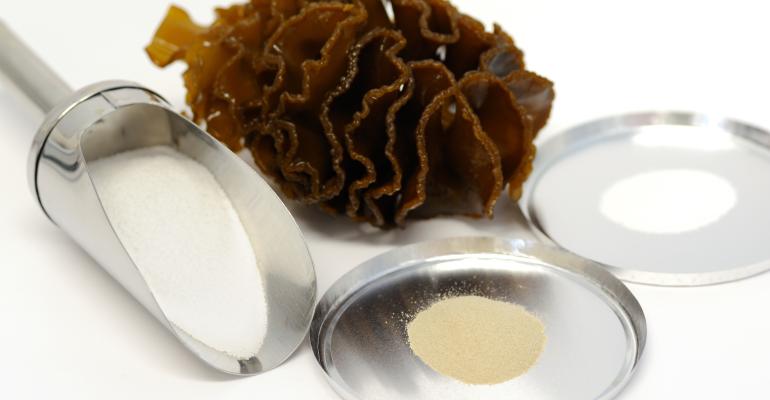 The first of this three-part series on fucoidan delves into the history, source and manufacture of this unique marine ingredient. The second part examines the key areas of bioactivity, while the final instalment in the series discusses product applications, consumer trends and predicted commercial opportunities for the future.

In 1913, Swedish chemist Professor Harald Kylin described the slimy film found on many seaweeds as fucoidan. He went on to characterise it in 1915, noting in detail its high fucose content. Other chemists followed Kylin’s lead, analysing fucoidan molecules to determine that they are sulphated, fucose rich polymers. In the late 1950s, its anticoagulant activity was established, and shortly thereafter its ability to bind to carbohydrates. The ability of fucoidan to block lymphocyte binding was determined in the early 1980s, and thereafter the utility of fucoidan as an antiviral and anti- cancer agent was explored.

Fucoidan-containing seaweeds have been prized for their dietary and therapeutic properties for centuries. Their medicinal properties have been particularly well documented in Asian cultures, where brown seaweeds have been used to address health conditions that range from nausea, congestion and inflammation through to abscesses and tumours. Despite this long history of seaweeds as medicinal agents, it was not until the twentieth century that fucoidan was first isolated and recognised for its therapeutic potential.

Over the past thirty years there has been an upswell in interest in fucoidan. Most of the scientific evidence supporting the physiological benefits of fucoidan has been obtained during this time. As a result of this research, fucoidan extracts are now used in a variety of applications including dietary supplements, medical devices, veterinary products and topical formulations for skincare and dermatology.

It is important to understand that not all fucoidans are the same. Research has confirmed that fucoidan bioactivity is dependent the method of extraction and the seaweed species from which it has been derived. Indeed, these two factors are the ultimate determinants of efficacy.

Manufacturers of fucoidan have traditionally utilised solvents to precipitate the fucoidan polymer from heavily processed extracts. This causes degradation of the polysaccharide and often results in contaminants being present in the final extract. Fucoidans manufactured in this way suffer from many shortfalls. Their quality is inconsistent, their chemical integrity is compromised and – most importantly – their bioactivity is diminished.

A solution to this problem was developed by Marinova, a progressive Australian biotechnology company specialising in fucoidan science. The Maritech® extraction process is solvent-free and produces fucoidan extracts that remain unadulterated in chemical structure and free from undesirable residues. The mild, aqueous process also ensures the resulting extracts comply with rigorous quality standards and global regulatory requirements.

Extensive research has confirmed that well managed, wild seaweeds are a rapidly renewable marine resource, and reputable fucoidan producers are heavily invested in the preservation of the marine ecology and environmental sustainability. Seaweeds utilised by these producers are hand-harvested in line with seasonal growth cycles according to world’s best practice.

With consumers driving demand for high purity, certified organic ingredients with traceable provenance, there is a global surge of interest in superior quality fucoidan extracts. It is important to note that seaweed source also plays a critical role in fucoidan quality as macroalgae can be highly efficient in their uptake of surrounding heavy metals and excess nutrients. Sustainably seaweed sourced from clean ocean waters, away from areas subject to industrial, agricultural or human contamination plays a key role in producing a superior fucoidan extract.