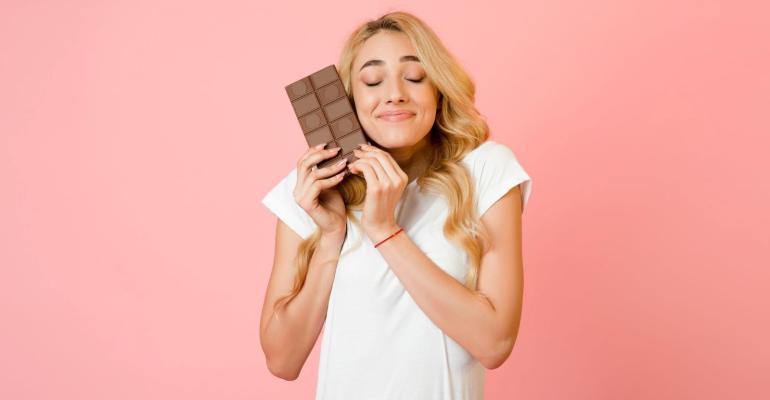 Last year to celebrate World Chocolate Day 2021, Vitafoods Insights looked at how chocolate may be an ideal functional food when fortified with omega-3 and probiotics.

Consumers are more aware of the use of functional foods as an approach to achieving holistic health. According to the World Health Organization (WHO), industry stakeholders should help with quality nutrition solutions to aid human health. Thus, researchers from Turkey developed and analysed functional chocolate enriched with gamma-aminobutyric acid (GABA) producing Lacticaseibacillus rhamnosus NRRL B-442 probiotic strain. The results were published in Food Bioscience (DOI: https://doi.org/10.1016/j.fbio.2022.101678).

GABA is a post-biotic metabolite produced by LAB microorganisms, e.g., L. rhamnosus; an inhibitory neurotransmitter, GABA is linked to brain activity and may play a role in anxiety symptoms, reducing stress levels about 15 mins shortly post-consumption. In the paper's introduction, researchers explain that "LAB are widespread microorganisms which can be found in any environment such as plants, fermented foods, and the mucosal surfaces of humans. LAB are also a part of the normal microbiota or microflora of the human gastrointestinal system. Several LAB strains can be considered to have "Qualified Presumption of Safety-status" QPS-status according to the European Food Safety Authority (EFSA)." They also shared that LAB are now used to develop functional foods "because they act as vectors for nutraceuticals and synthesise biomolecules for human health."

GABA can be either synthetical or from microbes. However, its synthetic form is not allowed in food applications. Therefore, its post-biotic form meets the safety requirements and is preferred for food application. Microencapsulation is an effective way to preserve and protect the long-term viability of microorganisms when it comes to chocolate applications. Thus, researchers from the Izmir Institute of Technology and ̇Inonü University analysed how milk chocolate's viability differentiated between microencapsulation GABA-producing LAB via water and oil emulsion technique compared with the non-microencapsulation of GABA-producing LAB.

For the analyses, researchers developed the following chocolate types:

Results
The results showed that the optimal pH for GABA-producing bacteria is between pH 3.65 and 3.88. Compared to the other bacterial strains, L. rhamnosus fermented at the lowest pH value – it also produced the highest GABA concentration of 58800 mg/L at the end of 24 h fermentation (pH 4.07). "L. rhamnosus was chosen as the highest GABA-producer strain, and it was microencapsulated by using water-in-oil emulsion technique," — researchers highlighted.

During chocolate production, cell counts lower immediately following strain dilution. When looking at the viability of the microencapsulated chocolate, researchers noted that the "Viable cell counts of microencapsulated L. rhamnosus were decreased from 9.01 log CFU/g to 8.41 log CFU/g after 60 days of storage at 4oC." That's a 93.34% survival rate post 60-days storage. All chocolate samples were kept at either 4oC or 25oC storage temperature for 60 days. Researchers found that bacterial survival was higher at lower kept temperatures, suggesting it might be preferred to store CMB and CFB chocolates at 4oC. In both CMB and CFB, viable cells count increased after 30 days, but when held at 4oC, it decreased after 7-, 14- and 60-days.

"Viable cell counts of microencapsulated and non-microencapsulated bacteria in chocolate samples increased after 30 days, while viable cells count after 7, 14 or 60 days in the samples decreased when stored at 4 ◦C," researchers added,

Overall, the viability results show chocolate can be a good probiotic or GABA-producing bacteria carrier. When looking at moisture and ash analysis – important for viscosity – researchers noted, "Moisture content of CNB and CMB was not different, while CFB was significantly different from other chocolate samples." Further, microencapsulation technology did not alter all chocolate samples' moisture or ash content. Ash content for all CNB, CMB and CFB samples were similar without any significant differences noted.