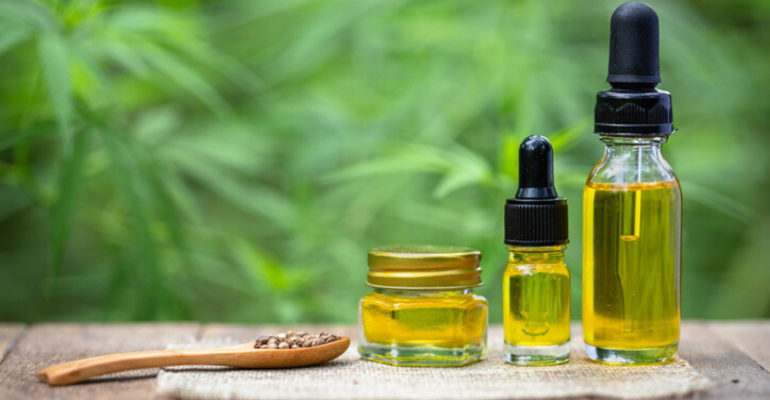 European authorities are pondering whether hemp flower extracts should be treated as drugs, CBD-Intel reports.

Progress on novel food authorisations for non-synthetic cannabinoids will be paused until European regulators decide whether extracts from hemp flowers constitute a drug under narcotics laws, CBD-Intel has learned.

If CBD is considered to be a narcotic it cannot legally be considered a food, and therefore cannot go through the EU novel food approval process.

The European Commission (EC)’s Directorate-General for Health (DG Santé) told CBD-Intel that authorities were unsure how a hemp flower extract should be interpreted under the 1961 UN Single Convention on Narcotic Drugs.

It appears that the convention, as originally written, included cannabis extractions without anticipating the rise of CBD. It is now unclear for some European authorities whether CBD should be considered a cannabis extraction and therefore a narcotic. A decision on this could be made as early as September. However, that is not guaranteed. The EC could wait until the UN has voted on the re-scheduling of hemp extracts or the European Court of Justice (CJEU) makes an official ruling in the French Kanavape case, which has implications for the qualification of extracts.

Until a decision is made all novel food applications for non-synthetic cannabinoids—including CBD—have been frozen and will not be reviewed by the European Food Safety Authority (EFSA).

While the process is on hold, the EC says agencies will no longer have to meet suggested deadlines for the processing of applications—though these were only voluntary to start with and could have been paused at any point. Most applications are paused unless the data submitted is perfect, the EC added.

Altogether this means that it is now unclear when, if at all, a successful non-synthetic cannabinoid novel food application will be approved at the European level.

Safety of CBD has also still not been demonstrated in the eyes of European regulatory authorities. Most current applications for CBD have been found wanting, the DG Santé said, adding that it appears some companies thought that merely by submitting some sort of application they would be allowed to remain in the market.

Authorities would still need to see proof of absolutely no safety concerns before allowing CBD into any foods. Manufacturers must prove the safety of potential exposure levels for different population groups. For example, questions remain on what happens if a child or a pregnant woman accidentally ingests a couple of chocolate bars containing CBD.

This implies that a general CBD-as-an-ingredient novel food application may not be enough and that separate applications would be needed to cover different CBD processing methods as well as, potentially—depending on other ingredients—different end products.

It also implies that cannabinoids as isolates are more likely to be approved than cannabinoids in a spectrum extract due to the extra complexities and variables a spectrum would yield.

Due to this, the DG Santé sees CBD as fitting more into a wellness supplement category than a general food ingredient category.

Meanwhile, the UK’s Food Standards Agency (FSA) has provided further guidance on when a CBD product would need to have a separate or new novel food authorisation.

A separate novel food application will be required if a product presents a different risk profile. This does not mean that every new product—and particularly every new end product—entering the market will require a separate application.

“CBD is unique in that the horse has already bolted and we’re trying to shut the stable door,” said Paul Tossell, head of the radiological, GM, novel foods and feed additives team at the FSA. “I can’t think of another instance where there are multiple issues of the same product already on the market. It doesn’t fit what the model [for novel food authorisation] was. Products were sold without authorisation and now there are hundreds. So you essentially get multiple applications for what in essence can be viewed as the same product.”

For primary cannabinoids ingredients, different mixtures, concentrations and functions would all require separate applications. The end conditions of use must also be covered in the application from the start or would require a new application if a manufacturer wanted to use it in a new product.

Primary ingredient providers should think about all possible end products that their ingredient could be used in and cover those in their application to avoid need for further approval further down the line, according to Tossell.

This does mean that one application could cover a variety of end products. It would also be possible to agree a licence with another entity that had gained approval for a specific end product that was not covered under a company’s initial application—if other variables were similar—rather than going through a new authorisation from the beginning. But that would be a commercial activity and out of the realms of the FSA, he added.

It’s theoretically possible that someone could altruistically come along and put in a huge array of product specifications, saying they were happy for anyone to use it afterwards and then people down the line could benefit, Tossell said.

“But the system is largely geared so a company can recoup the money they’ve invested in toxicity studies and so forth. If an applicant gets authorised, they can control what products are linked to it,” he added. “A company can’t just hold off and hope to use another application [to see their products continue on the market after the 31st March 2021 deadline.]”

Eventually there will be enough authorisations in place that new products would be able to match profiles with what is on the market. But for the foreseeable future, the market will be largely dictated by the use of protected proprietary applications. The FSA does not anticipate making many changes to the system that would impact on CBD as the UK leaves the EU. Companies will be able to rely on clauses such as the five-year exclusivity for authorisations based on proprietary data continuing in the UK. Furthermore, more minor changes to bring the process more in line with UK regulator desires may happen.

UK identifies path to regulate CBD, while US remains in limbo
Feb 21, 2020