UK identifies path to regulate CBD, while US remains in limbo 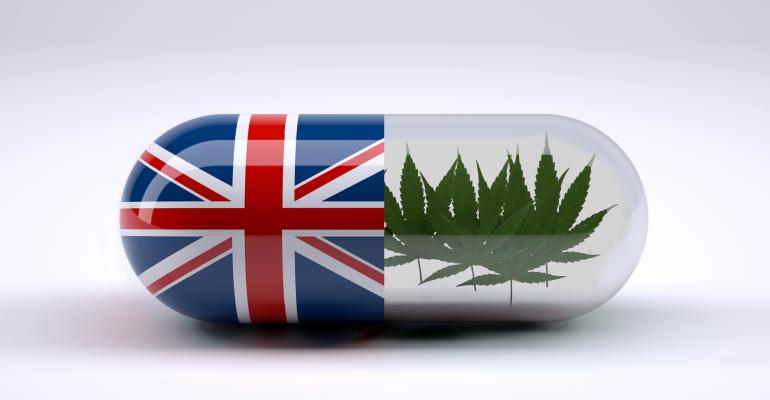 An agency in the UK is moving ahead to regulate CBD in food and has suggested a daily limit at which the cannabis-derived compound is safe to consume—making more progress on the issue than its US equal. The UK Food Standards Agency (FSA) is giving the CBD industry until March 31, 2021 to submit valid novel food authorisation applications aimed to ensure novel foods meet legal standards pertaining to such issues as content and safety, the agency divulged in a 13 February news release. “Healthy adults are also advised to think carefully before taking CBD, and the FSA recommends no more than 70 mg a day (about 28 drops of 5% CBD) unless under medical direction,” the news release stated.

FSA advised consumers who are breastfeeding, pregnant or taking medication to avoid CBD products. The recommendations are based on findings from the government’s Committee on Toxicity.

Emily Miles, chief executive of FSA, described her agency’s actions as “a pragmatic and proportionate step in balancing the protection of public health with consumer choice.”

“It’s now up to industry to supply this information so that the public can be reassured that CBD is safe and what it says it is,” she added in the news release.

Foods or food ingredients that don’t have a history of consumption before May 1997 must be evaluated and authorised before they can be placed on the market, FSA said. The agency’s action applies to CBD extracts in England, Wales and Northern Ireland but not Scotland where a separate body—Food Standards Scotland—oversees novel food regulations.

Related: CBD-based foods in Austria: Pressing ahead despite legal doubts

Miles said regulators would take products off shelves unless companies provided information to FSA about the content and safety of their products before the 2021 deadline.

Until then, the local authorities that enforce novel food legislation have been advised that businesses should be allowed to continue to sell their CBD products, subject to certain conditions, FSA said. The products must not be unsafe, incorrectly labeled or contain substances that fall under drug legislation.

In the UK, regulators have some concerns about CBD products but don’t seem to have a full picture of the health risks.

“My committee has reviewed the evidence on CBD food products and found evidence there are potential adverse health effects from the consumption of these products,” professor Alan Boobis, chair of the Committee on Toxicity, an independent scientific committee, said in FSA’s news release. “We are particularly concerned about pregnant or breast-feeding women and people on medication.” He added: “We don’t know enough to be sure about such a risk, but I am pleased with the sensible and pragmatic approach the FSA is taking. The committee will continue to keep these products under review in the months ahead.”

US industry screaming for path forward

While UK regulators have identified a pathway forward for CBD products, the US Food and Drug Administration (FDA) has raised broad safety concerns about the hemp-based compound and has not committed to a rulemaking that would expressly allow CBD to be lawfully marketed in food and supplements. For years, FDA has opined that CBD was first studied as a drug by UK-based GW Pharmaceuticals plc and, per the Federal Food, Drug & Cosmetic Act (FDCA), cannot be marketed in a dietary supplement or added to conventional food.

CBD, nonetheless, has been widely sold in conventional food, beverages, supplements, cosmetics and other products. Many industry trade associations have criticised FDA for its reluctance to actively regulate the market and move forward with a solution for conventional food and supplements.

FDA’s “mission is to protect the health and safety of consumers,” said Jonathan Miller, general counsel to the US Hemp Roundtable, a coalition of hemp companies in Washington, D.C. and Lexington, Kentucky, in an interview. “And they’re not doing that until they develop a regulatory regime for this.”

Daniel Fabricant, Ph.D., a former FDA official who oversaw the Division of Dietary Supplement Programs, commented on the recent developments in the UK, including FSA’s suggestion that up to 70 mg daily was safe for human consumption.

“There’s clearly data out there that is allowing people to make that sort of a ruling,” Fabricant said in an interview. “How it is that the UK has that, but the FDA doesn’t?”

Fabricant, currently the CEO and president of the Natural Products Association (NPA) in Washington D.C., is adamant that FDA should set a limit at which CBD is safe to consume in supplements. He has maintained it’s the responsible thing to do to protect the public.

“Setting a safe level of consumption for CBD products is the best way to move forward with this promising new product while protecting consumers,” he said this week in a press release.

“CBD products continue to flood the marketplace,” he stated in the press release, “with consumers having no idea what’s in them or what a safe level of daily consumption should be, or whether their CBD product includes high levels of THC.”

In an earlier interview with Natural Products Insider, Fabricant raised specific concerns about potentially high or fluctuating levels of THC in CBD products, adversely affecting the health of consumers, including children.

“There are mothers out there who go, ‘Well, if FDA was concerned, they would do something,’” Fabricant said. “And so they’re not concerned: ‘So I’m going to give this product to my child.’”

Steve Mister, president and CEO of the Council for Responsible Nutrition (CRN) in Washington, D.C., also wants FDA to establish a regulatory framework for CBD in dietary supplements. However, he is not eager for FDA to establish a daily limit.

Rather, Mister wants FDA to create an exception to the “exclusionary clause” in the FDCA upon which FDA has concluded CBD cannot be lawfully marketed in a supplement because it was first studied as a drug.

If FDA established a daily limit for CBD in supplements, Mister reasoned in an interview, it could set a very low number.

He also raised concerns that FDA would be reluctant to support a greater amount of CBD to be marketed in a supplement—even if FDA subsequently created an exception to the exclusionary clause, and a manufacturer presented FDA safety data through a new dietary ingredient (NDI) notification. The pre-market notifications are a fundamental requirement in the Dietary Supplement Health and Education Act of 1994 (DSHEA) aimed to ensure new ingredients are reasonably expected to be safe.

“And even if I have an NDI submission that shows it’s safe at 60 [mg], once they have a rulemaking that says it’s 50 [mg], it’s going to be very hard to change that,” Mister said.

Although Mister and Fabricant don’t agree on the particulars of a regulatory pathway forward for CBD in the U.S., they have reiterated in interviews that the status quo is unacceptable. And both men suggested if UK regulators can move forward on CBD, so should FDA.

FSA has “given industry a very clear path as to what’s expected for the next year,” Mister said, commenting on UK regulators. “FDA tells us that they’re in touch with other regulatory agencies around the world. Here’s an agency that figured out a path forward. Why can’t we figure one out?”