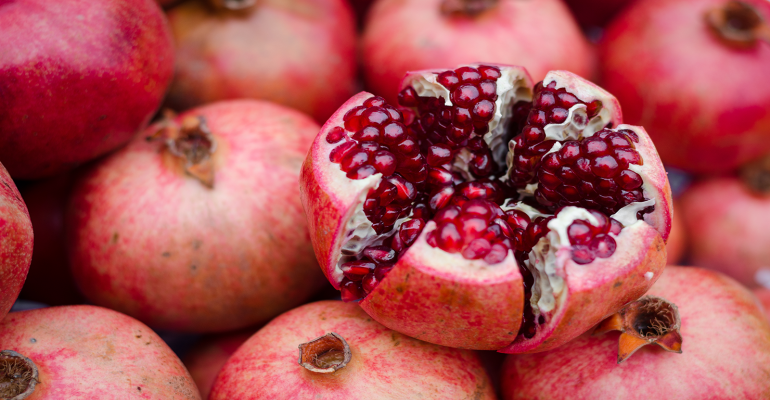 US startup BCD Bioscience is making precision prebiotics through a proprietary process that breaks down polysaccharides into bioactive oligosaccharides with highly targeted health benefits.

“We're trying to actually reinvent prebiotics and instead of going from a standpoint of, ‘We've developed a prebiotic. Let's see what it does,’ we're [...] going after specific applications and finding the right prebiotic for that application,” said Matt Amicucci PhD, co-founder and vice president of R&D.

Amicucci was speaking to Vitafoods Insights ahead of his participation in Future Food Tech, a two-day event in London on 22 and 23 September focusing on farm-to-fork innovation and investment.

The California-headquartered startup has a public partnership with major US pomegranate producer The Wonderful Company, and is exploring oligosaccharides derived from pomegranate pomace, a major side-stream of the juicing industry. It aims to have its first ingredients on the market in 1.5 to two years and is currently in the process of putting together a Generally Recognised as Safe (GRAS) application, with plans to submit a novel food dossier for the EU market.

So, how exactly does BCD Bioscience create precision prebiotics? The company takes natural raw materials – fruit, vegetables, cereals, or agri-food side-streams – and breaks the fibre or polysaccharides into smaller, more bioactive fragments of fibre, called oligosaccharides. It then has a screening process – high-throughput functional assays, bioinformatic tools, and phenotypic screening – that allows it to test how each of these fibres impacts the gut microbiome and the metabolites that the gut microbiome produces.

“[These] are really the bioactives that affect health. So, instead of just having this small palette of two or three different prebiotics to work with, we've actually created dozens of new prebiotics that nobody else has been able to get their hands on yet,” Amicucci said.

These prebiotics have targeted health benefits on areas such as immunity, gut inflammation, lowering the glycaemic response to certain foods, and cardiometabolic disease.

BCD Bioscience’s proprietary process does not involve gene-editing, but the startup has some “very unique tools” that allow it to alter the carbohydrate composition of natural products, said the co-founder.

“A lot of the technologies used to look at carbohydrate structure were developed in the 1960s and really not modernised at all,” he said. “So, people are looking at a couple [of] samples a day. We've developed methods that allow us to analyse hundreds of samples a day.”

BCD Bioscience stores information about these different samples in its “carbohydrate encyclopaedia”, an in-house resource that contains the carbohydrate compositions of between 2,500 and 3,000 different natural products. This resource allows it to explore the various features of carbohydrates – the most abundant biomolecule on earth – and look for unique combinations of carbohydrates that look promising.

From there, it extracts the fibres or polysaccharides from the material and applies a Fenton depolymerisation process. This is a non-enzymatic and non-biological chemical process that “chops” the fibres within the raw materials into smaller oligosaccharides – a modification that enhances the fibre’s fermentability by the microbiome.

According to Amicucci, the depolymerisation process is clean, using food-safe iron as a catalyst and then hydrogen peroxide (which later degrades into water) to induce the “chopping” of the polysaccharides into oligosaccharides. 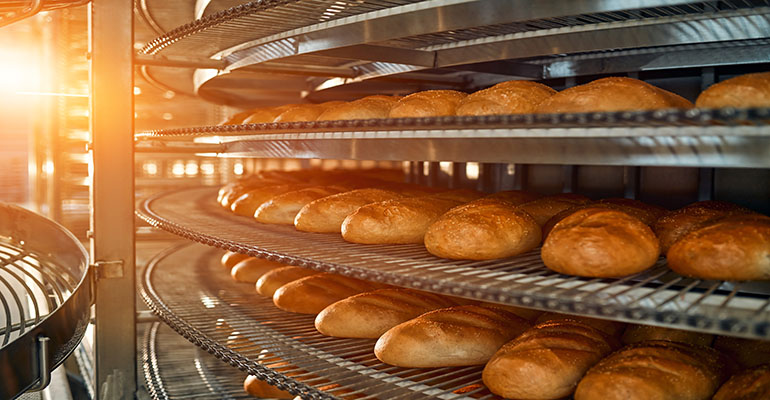 The final product is an ingredient that is very user-friendly from a formulation perspective.

“One of the features of the process is that [...] you enhance the ‘formulateability’ – meaning that the [oligosaccharides] are highly soluble and can be formulated like sugar,” said Amicucci. “They don't have the same sweetness as sugar, but they provide a lot of those binding and bulking [properties] and things like that. But they retain all of those biological properties that make fibre good for you.”

An additional benefit is that these “stealth health” ingredients could allow brands to make fibre-related health claims that were previously unattainable because the required fibre content made the final product unpalatable.

While some probiotic brands may wish to add BCD Bioscience’s prebiotics to their products, Amicucci sees bigger opportunities in the bakery and beverage categories.

“Right now, just about any juice or plant-based milk or soda on the market is completely devoid of fibre. And even something you might think has fibre in it – orange juice with the pulp –  really has less than one gram per serving. What we can do is [...] take the orange peels that are left over from orange juice processing, apply our process, solubilise all that fibre, and put it back into the orange juice,” he said.

“So, now you have a clean-label juice product that is orange juice with orange fibre. You're making juice healthier, you're lowering the glycaemic response to all that sugar in the juice, and [you’re] enabling all of these microbiome-type benefits that are intrinsic to the prebiotic aspects.”