HomeNewsLeadership reshuffle as Holland & Barrett moves toward a digital future
Recent
Happening Now
Addressing mental wellness and the long effects of COVID
May 17, 2022
Nourish the skin for longer-lasting youth
May 17, 2022
Vitafoods Europe 2022: Top Takeaways - video
May 16, 2022
Variety of protein sources may lower hypertension risk
May 16, 2022
Recent
Feeding a growing global population with alternative proteins
May 13, 2022
Alternative proteins market growth and opportunities — podcast
May 12, 2022
Good mood food: Which ingredients are best for improving mood?
May 12, 2022
Personalised nutrition: The role of acquisition for business growth — podcast
May 11, 2022

Leadership reshuffle as Holland & Barrett moves toward a digital future 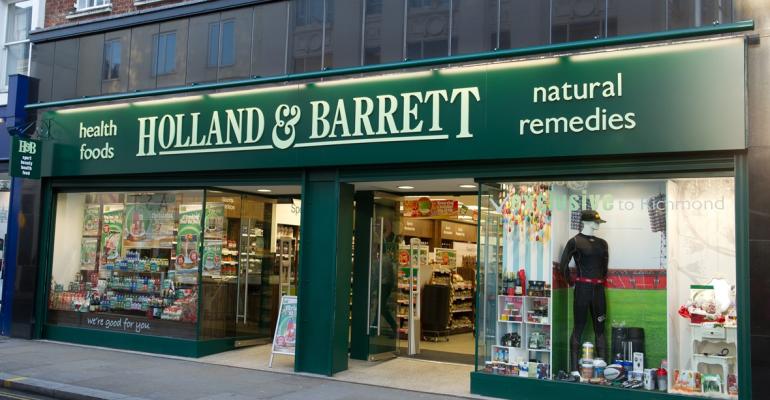 Holland & Barrett International Limited has announced that Peter Aldis has stepped down after 10 years as CEO. As part of an orderly succession, Steve Carson has been appointed as group managing director and will be the senior operating leader of Holland & Barrett, while John Walden will undertake expanded responsibilities as executive chairman. Aldis has had a long and successful career at Holland & Barrett, spanning over 29 years. During his tenure as CEO, the company has become a leader in product innovation, launched Holland & Barrett’s clean beauty offering, expanded its international presence and achieved 39 consecutive quarters of like-for-like growth.

Aldis said: “I am immensely proud of Holland & Barrett and of what we have achieved these past 10 years, most importantly helping our customers live a happier and healthier life. I am also pleased to be leaving the business in a strong position for the future and in the very capable hands of John Walden and Steve Carson who will take it on to the next level.” Holland & Barrett continues to perform well in the growing health and wellness retail market. Upon this strong foundation, the company recently completed development of an ambitious long-term strategic plan to build digital and retail excellence, including new capabilities to meet its customers’ expanding health and wellness needs in an increasingly digitally dominated future.

Walden, chairman of the Holland & Barrett board of directors, will undertake an expanded role as executive chairman supported by Carson and the Holland & Barrett executive team, and will more directly drive the company’s ambitious strategic agenda. Carson has been Holland & Barrett’s Managing Director for UK and Ireland since April, 2018, where he has had principal leadership responsibility for Holland & Barrett’s largest business market. Carson commented: “I am absolutely delighted to have the opportunity to lead this great business as we further develop and deliver our strategic plan. I am convinced we have the opportunity to create something special in the global market for health and wellness and I am very much looking forward to exciting times ahead. It also gives me great pleasure to be working closely with John again, alongside our impressive executive leadership team I have been working closely with since I joined. Together, I am convinced we will all make a significant difference to the future growth of Holland & Barrett."