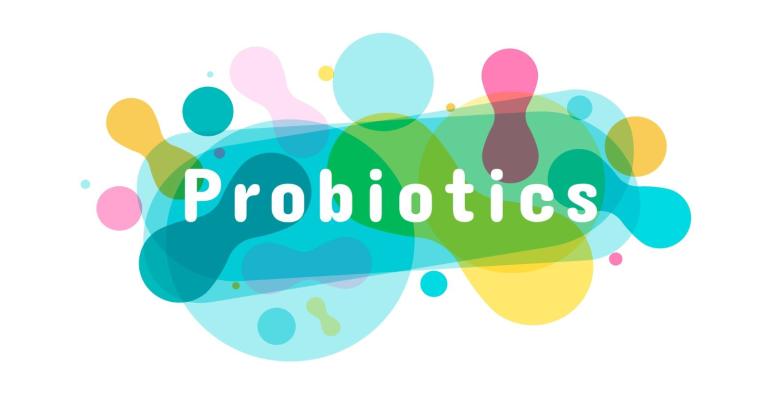 Q&A with IPA Europe—insights on the use of the term probiotic in Europe and the recent evolutions in Denmark.

How is IPA Europe tackling the recent shifts around the term ‘probiotic’?

The current interpretation of the EU Commission, as outlined in the Guidance from 2007 on the implementation of Regulation (EC) No 1924/2006 on nutrition and health claims made on foods, has restricted the use of the word ‘probiotic’ to be a health claim only. But EFSA was not requested to advise on the EC guidance of 2007, and on the use of the term ‘probiotic’ on food and food supplements. The EU is in the peculiar situation where the use of the term ‘probiotic’ as such is indicated by the European Commission as an example of a health claim in the EC Guidance of 2007—and this is without any assessment confirming this interpretation.

"This guidance is not legally binding, but until now has been used as a reference for the EC to refuse a dialogie on the use of the word 'probiotic' in food and food supplements, even if no reference to a specific health effect is made"—Rosanna Pecere, Executive Director at IPA Europe.

What does the term of ‘probiotic’ mean?

Even if in some EU countries the term ‘probiotic’ is often associated with the idea of “beneficial food,” this fact does not automatically convert this term into a health claim. Other aspects should be considered for the use of the word ‘probiotic’, when the information is merely factual and does not describe a specific effect. IPA Europe contends that it is necessary to make a distinction between the probiotic category and the specific health claim requirements.

The IPA Europe “Manifesto for the probiotic food and food supplements in Europe” issued in May 2020 was meant to be the basis for discussions with EU leaders.

It is recognised that diet can modify the intestinal microbiome which, in turn, has a profound impact on overall health. Some microorganisms, commonly referred to as probiotics, and prebiotics can play an important role in sustaining a balanced gut microbiota health. The lack of definition on the use of the term ‘probiotic’ in labels of food and food supplements is blocking what could be a helpful link between probiotic use, prevention of future health conditions, and consumer information.

What is the status of the use of the term probiotic in Europe?

European countries are in favour of an open discussion at the European level to set clear conditions for the use of the term within the framework of the Nutrition and Health Claims Regulation 1924/2006. This was the main outcome of the Workshop on “Probiotics and Innovation” organised in Brussels by IPA Europe with the Permanent Representation of Denmark in May 2019, attended by several Member states authorities and with the EC representative. As a result, participants expressed the need to reach a consensus regarding the use of the term ‘probiotic’ within the EU, and to work on a step-by-step solution to overcome the current EU impasse. While the European Commission concurs that a viable solution should be found, there has been no progress to date. Recently, in April 2021, the EC declined the invitation to a roundtable with Member States representatives to discuss and make progress on the probiotic issue, due to other priorities.

Despite the EC’s unwillingness to consider the issue, are probiotic foods and food supplements on the agenda of European Countries?

The absence of clarity on the use of the term ‘probiotic’ at European level has brought some Member States to adopt individual national guidelines/legislations.  For several years, countries like Italy, the Czech Republic and Bulgaria have issued national guidelines indicating that the wording “contains probiotics” can be used, if specific conditions are fulfilled, as factual information.

The debate was boosted in October 2020, when Spain allowed the use of the term probiotic for food and food supplements produced in Spain. Denmark had also started to discuss this topic in the national Parliament, asking for a clarification at European level on the use of the term. In a public hearing held on 21 January 2021, the Danish Minister for Food, Agriculture and Fisheries expressed the will to work towards a solution so that European producers can use the term ‘probiotic’. The reason for this is to create equal opportunities for EU and non-EU producers, while providing better information to the consumers.

In March 2021, the “Nutrition and Health Claims Handbook” was released in the Netherlands, and it included indications on the use of the term probiotic. After explaining the difference between a nutrition claim and a health claim, the guidance states that they consider ‘probiotics’ as a mandatory category term for dietary supplements, and that the term ‘probiotic’ can be used in the Netherlands in mandatory information, to identify the categories of micronutrients or substances that characterize the product in food supplements.

In fact, according to the Directive 2002/46/EC on the approximation of the laws of the Member States relating to food supplements, Article 6(3):

Denmark has now chosen to follow this interpretation. This means that, since May 2021, the term ‘probiotic’ for dietary supplements can be considered a mandatory category term in Denmark. Dietary supplement products can therefore now be labelled with ‘probiotics’ as a mandatory category designation when the product contains live lactic acid bacteria and/or bifidobacteria. It is assumed that the term ‘probiotic’ is used in such a way that it does not appear as a claim of the product. Only the term ‘probiotic’ may be used and not additional information such as ‘probiotic effect’ or similar information that may be considered a health claim, which must comply with the rules of claims. (Click here for the news and the Danish Food Authority rule).

Is this a solution for all European countries?

This is only a partial solution, and we hope that the discussion initiated in Denmark will continue. The purpose of adding the wording ‘probiotics’ to food labels is to promote responsible manufacturing practices and transparent information for the consumers: for these reasons a solution for food and food supplements should be found within the Claims Regulation.

Following Denmark’s interpretation, for common foods such a category designation is considered as voluntary labelling information, and the indication ‘contains probiotics’ will be subject to the rules of the Claims Regulation. The term ‘probiotic’ can therefore be used only on dietary supplements but not on other foods or food ingredients.

We are aware that Denmark is looking for a more comprehensive approach, and would like to involve other European countries in the discussion. IPA Europe is ready to collaborate in finding a common approach.

What is IPA Europe proposing as a way forward?

A way forward would be to reconsider the interpretation given by the European Commission Guidance of 2007, which is clearly obsolete, and to agree on a more realistic approach in line with the consumer expectations of receiving clearer information. Apart from mentioning the presence of microorganisms in the ingredients list, further criteria should be set to identify probiotics microorganisms and to label them correctly: probiotics must have “defined contents, appropriate viable count at end of shelf life and suitable evidence for health benefits,” and must be “safe for their intended use”. With these requirements agreed at European level we can provide clarity to the minimum criteria needed for the proper use of the term probiotic in both food and supplement categories.

The wide adoption of "the probiotic category of food and food supplements" will ensure the proper use of the word 'probiotic' in scientific publications, product labels, and in all communications with regulators and the general public.

IPA Europe is the European chapter of IPA, the International Probiotics Association; it was established in Brussels in 2015. IPA Europe, with their partner organisation IPA, reach together a platform of more than 100 member companies in 29 countries. The members of IPA Europe are companies directly engages in the manufacture of probiotic cultures or probiotic foods, supplements, nutritional or therapeutic products. The IPA Europe mission is: to gain acceptance of the term ‘probiotic’ throughout Europe as a defined category, and to create a favourable environment for probiotics in Europe.