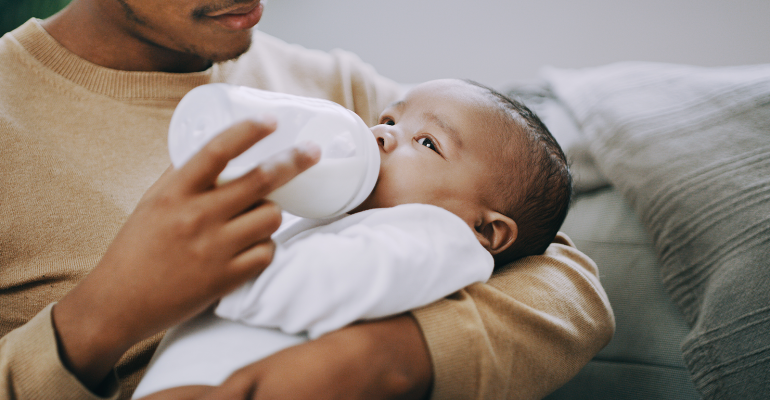 Nestlé has published a report on its responsible marketing of breastmilk substitutes (BMS). How robust are the mechanisms holding industry to account?

The World Health Organization’s (WHO) International Code of Marketing Breastmilk Substitutes was adopted in 1981 by the World Health Assembly (WHA) to promote safe and adequate nutrition for infants through “the protection and promotion of breastfeeding” and by ensuring the proper use of BMS when they are necessary.

In August, Nestlé published its annual compliance report relating to its policy on the responsible marketing of BMS. The report – which, Nestlé claims, gives insight into its WHO Code compliance system, highlighting cases of non-compliance and actions the company has taken to address them – is based on “internal audits, internal monitoring and the ‘Speak Up’ compliance reporting system”.

The move comes after civil society organisations and United Nations agencies made a Call to Action in June 2020, asking all BMS manufacturers to make “additional strides” to ensure that the Code is complied with “in policy and practice”.

The Call to Action “encourages companies to publicly acknowledge the Code and all of its subsequent, relevant resolutions publicly, commit to reach full Code compliance by 2030 at the latest, and submit a clear implementation roadmap by the end of 2020 detailing how Code compliance will be achieved”.

However, the initiative has been criticised for failing to go far enough.

Patti Rundall, of the International Baby Food Action Network (IBFAN) Global Council, accused Nestlé of being the “most notorious” company for Code violations.

She said: “For the last 40 years, Nestlé and other companies have claimed to be Code compliant while deliberately ignoring the resolutions – and, unless forbidden by law, limiting their actions to a few products and activities in ‘high-risk’ countries.”

Nestlé also made a unilateral commitment to not promote infant formula for babies up to six months of age in all countries. This will become effective from 1 January 2023 and is, the company claims, the “only commitment of commercial significance” to be made within the industry thus far.

It said: “It is particularly relevant in the United States and Canada, two major markets where no regulations currently exist. This commitment is reflected in our updated Policy for Implementing the WHO Code, which will be published by year end.”

However, Rundall argued that this demonstrated one of the problems with the Call to Action. “While sales of formulas for babies 12-36 months continue to boom, the CTA focuses on weak and meaningless ‘here today and gone tomorrow’ promises relating to products 0-12 months,” she said.

She added: “The fact that the BMS Call allows companies 10 years to achieve full compliance means that nothing substantial can be monitored for many years... The notion that companies should be allowed to phase compliance as they wish conflicts with decisions taken by Member States at the WHA – the world’s highest health policy-setting body.”

Access to Nutrition Initiative (ATNI) – a not-for-profit organisation that works to encourage food and beverage companies to address malnutrition – last year published the BMS/CF Marketing Index 2021, the first standalone index of its kind. This “assesses the extent to which the world’s nine largest manufacturers of BMS and complementary foods (CF) market their products in line with WHO guidance”.

In its report, Nestlé claimed that its “continued inclusion in the FTSE4Good BMS Index and #2 ranking in the ATNI BMS index” demonstrated external recognition of its WHO Code management system. It added: “ATNI gave Nestlé an evaluation of ‘highly compliant’ in assessments conducted in the Philippines and Mexico.”

However, ATNI said the index “provides clear evidence that the marketing practices of the world’s nine largest manufacturers of formula and foods for infants and young children are far from being aligned” with the WHO recommendations.

Independence and conflicts of interest

Rundall also pointed to the fact that Access to Nutrition Foundation – the organisation behind the ATNI index – receives funding from the Bill and Melinda Gates Institute, which also backed the BMS Call to Action.

“These initiatives were designed from the outset to whitewash company promotional activities and encourage investments,” she said. “ATNI claims to be ‘independent from the companies it assesses’, yet it works closely with them on the methodology and presentation of its results. Such collaboration is in direct conflict with WHA Resolution 49.15.”

She said that while ATNI’s monitoring had “revealed a high level of violations over the years – none of the companies are Code compliant and all score poorly”, its criteria were weak and monitoring was not continual.

She added: “Nestlé and Danone use ATNI’s flattering analyses repeatedly in their claims of Code compliance.”

Leanne Geale, head of legal, corporate governance and compliance at Nestlé, said: “Nestlé is committed to respecting the trust that parents, caregivers, and other stakeholders place in us. I hope this report demonstrates to them how important it is to our company both to act responsibly when we market BMS and swiftly address any compliance risks that may arise.”