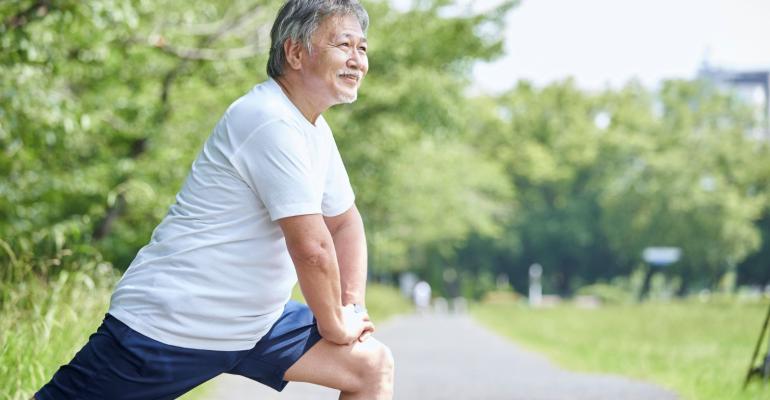 As we age, the functions of our cells, tissues, and organs begin to gradually deteriorate. Decreased physical activity alongside this deterioration may result in fatigue, which appears to be more common among the elderly population.

In the salvage route of NAD+ metabolism, nicotinamide mononucleotide (NMN) is a precursor of nicotinamide adenine dinucleotide (NAD+). NAD+ is essential to maintain a healthy metabolism and can reportedly be increased by dietary nicotinamide riboside (NR) and NMN.1 In various tissues, a reduction in intracellular NAD+ concentration has been linked to the pathophysiology of age-related dysfunction.2

In a recent study published in Nutrients (DOI: https://doi.org/10.3390/nu14040755), researchers investigated the effects of a time-dependent intake of NMN for 12 weeks on sleep quality, fatigue, and physical performance in older adults.

The study was randomized, double-blind, placebo-controlled, and parallel-group. The 105 participating adults were 65 years or older and were recruited through a regional information magazine in Tsukuba, Japan. The participants were independently mobile, did not have dementia, and had no need for long-term care services. Some of the exclusion criteria for participants included if they took sleeping drugs or anti-depressants regularly, consumed more than 400 mg of caffeine per day, took supplements containing NMN or niacin, and/or had chronic fatigue syndrome, sleep disorders, mental disorders, and medical treatment.

During the study, NMN was supplemented in either the antemeridian (after waking up until 12:00) or post meridian (from 18:00 until bedtime). The study was conducted at the Innovation Medical Research Institute of the University of Tsukuba. Sleep quality and fatigue were measured through subjective questionnaires during pre-intervention, week 6 (mid-intervention), and week 13 (post intervention). Physical performance was evaluated at pre and post intervention as a secondary outcome. Sleep quality was evaluated using the Pittsburgh Sleep Quality Index (PSQI) and sleep diary while fatigue was evaluated using the questionnaire “Jikaku-sho shirabe”

The research discovered a significant interaction between 5-STS and drowsiness after NMN supplementation. The post hoc test also found that 5-STS and drowsiness were significantly improved in the NMN post meridian group. The researchers conclude that “this study suggests that NMN intake in the afternoon is more effective in improving lower limb function and reducing drowsiness in older adults, which could further benefit their physical and mental health.”