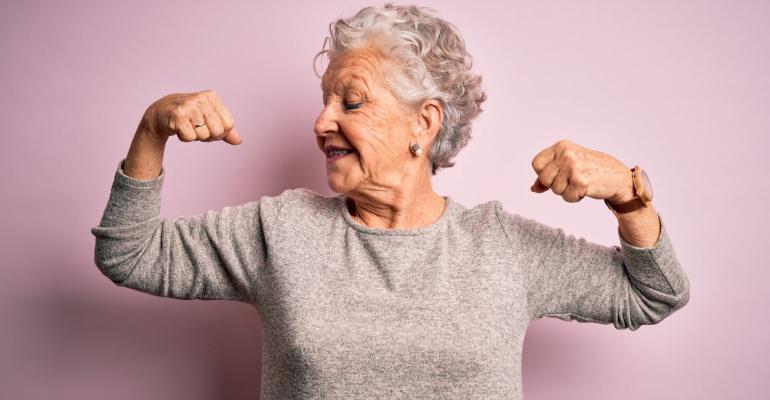 The human microbiota undergoes drastic changes within the first three years of life; it then becomes relatively stable throughout adulthood, followed by moderate changes linked to ageing. Nevertheless, there’s limited information about how the gut microbiota’s composition is associated and changed throughout the process of advanced ageing. This paper aims to address how the microbiome is modified through the years; researchers analysed the microbiota composition and phenotypic data of more than 9,000 people from three different cohorts of individuals aged from 18 to 101 years old. Approximately four years later, they followed up the group's data with superior numbers of community-dwelling individuals to trail survival and mortality rates.

Results showed that age is heavily linked with the uniqueness of the gut microbiome. Researchers highlighted, "Participants showed initial drift towards an increasingly unique gut microbiome composition, starting between 40 and 50 years of age at the genus level, and 50 and 60 years at the amplicon sequence variant (ASV) level, and this continued to increase with every passing decade.”

Results further showed lipid markers are also correlated to the level of uniqueness within the gut microbiome; healthier metabolic and lipid profiles of participants were associated with more diverse microbiota composition. Researchers found that people with lower low-density lipoprotein (LDL) cholesterol, increased levels of vitamin D, and lower triglycerides were found in individuals who showed higher diversity within their gut microbiomes. They noted similar results for participants' lipid profiles, sex, antibiotic use, and creatine levels: "These findings indicate that the observed gut microbial drift towards a more unique compositional state seen with age is characterised by a distinct shift in gut microbial amino acid metabolism, which may serve as a useful biomarker for gut microbiome changes across the human lifespan."

Participants' unique gut microbiome levels appeared to increase as common microbiome profiles, such as Bacteroides or Prevotella spp. levels decreased. Interestingly, researchers found a positive correlation between genera part of Firmicutes phylum and microbiota's diversity. Such observation of age and genus-level microbiome uniqueness was predominantly noted in healthier participants than those with decreased health. When analysing a smaller group of 133 healthy older participants, researchers found, “An even stronger association between gut microbiome uniqueness and age than under any individual stratification.”

When analysing whether medication influenced microbiota divergence, researchers found supplementations, drugs, and antibiotics did not affect the correlation between healthy ageing and microbiota diversity. They noted, "Although drug–microbiome interactions are more complex than what can be captured by our approach, we conclude that medication use is not the main driver behind the observed variability in gut microbiome ageing patterns across health states.”

By focusing only on community-dwelling participants, researchers found that the genus Bacteroides was negatively associated with ageing among healthy people, which is consistent with their previous findings. However, in participants with worse health, researchers found a decline in the genus Lachnoclostridium and the Rumminococace family genus UBA1819. They noted, “These results indicate that there may be multiple gut microbiome ageing patterns in the later stages of human life that are associated with distinct health outcomes.” When analysing the follow-up data focusing on all the elderly individuals, researchers noted a positive association between increased levels of Bacteroides and risk for higher mortality rates. When looking only at those aged 85+ years old, they found an even stronger correlation; they further found that the number of mortality risks decreased as microbiota diversity increased.

Researchers highlighted, “A striking finding in our analysis was that increasing compositional uniqueness both reflected healthy ageing and predicted survival in older adults. Thus, it suggests that the gut microbiome may not only reflect, but also potentially contribute to, a longer host lifespan, which is consistent with some recent non-human animal studies." Notably, healthy ageing was associated with decreased core genus Bacteroides among healthy participants. However, researchers importantly note, "The importance of declining Bacteroides and other core taxa in ageing requires further investigation.”

Researchers propose and conclude, “Gut microbiomes of healthy individuals continue to develop along a distinct trajectory. This trajectory originates in adulthood, is accompanied by a rise in specific plasma microbial metabolites, reflects a healthy ageing phenotype and is predictive of extended survival in the latest decades of human life. As our understanding of the ageing microbiome increases, monitoring and identifying modifiable features that may promote healthy ageing and longevity will have important clinical implications for the world’s growing older population.”