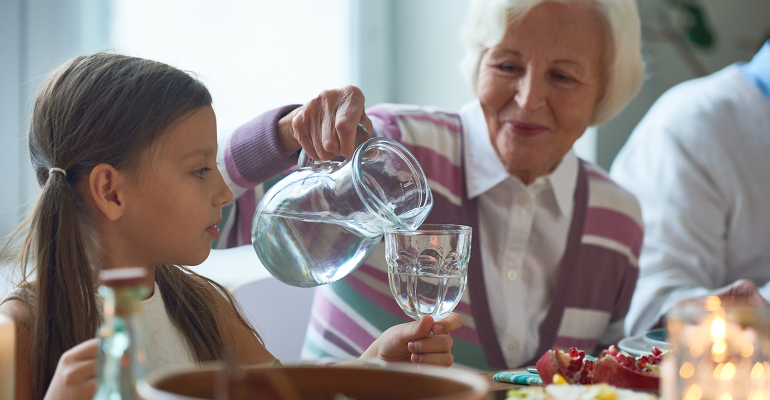 They found that those with serum sodium levels at the higher end of a normal range were more likely to develop chronic disease and show signs of advanced biological ageing than those with levels in the medium ranges. They were also more likely to die younger, according to the National Institute of Health (NIH) study, which was published in eBioMedicine.

“The results suggest that proper hydration may slow down ageing and prolong a disease-free life,” said study author Natalia Dmitrieva, researcher at the Laboratory of Cardiovascular Regenerative Medicine at the National Heart, Lung, and Blood Institute, part of the NIH.

The researchers assessed information shared by study participants during five medical visits – the first two when they were in their fifties, and the last between the ages of 70 and 90. To allow for a fair comparison, they excluded adults who had high levels of serum sodium at baseline or who had underlying conditions, such as obesity, that could affect serum sodium levels.

The team then evaluated how these levels correlated with biological ageing, which was assessed through 15 health markers, including systolic blood pressure, cholesterol, and blood sugar.

Adults with higher serum sodium levels – with normal ranges defined as 135-146 milliequivalents per litre (mEq/L) – were more likely to show signs of faster biological ageing. Participants with serum sodium levels above 142 mEq/L had an associated 10-15% increased chance of being biologically older than their chronological age compared with those in ranges between 137-142 mEq/L, while levels above 144 mEq/L were linked to a 50% increase.

Adults with serum sodium levels above 142 mEq/L also had up to a 64% increased associated risk for developing chronic diseases such as heart failure, stroke, atrial fibrillation, peripheral artery disease, lung disease, diabetes, and dementia. Conversely, adults with serum sodium levels between 138-140 mEq/L had the lowest risk of developing chronic diseases.

Greg Macpherson, founder of SRW Laboratories, said the data “makes for a compelling case”, adding that it “intuitively makes sense that adequate hydration is important to support long-term health”.

“This is a great example of the sort of insight that will start coming through as machine learning/artificial intelligence platforms start to dig into the massive set of population research data that has been building for the last half-century or so,” he said.

“There are other reliable assessments of biological age and pace of ageing using DNA methylation testing. It would be interesting to review a cohort of patients who test with high sodium to see if they test high for biological age using DNA methylation testing. If it is the case, then sodium testing could be a relatively cheap alternative to these tests – albeit the data will be less informative.

“Sodium levels could be analogous to HbA1c testing in diabetics in that it is a leading indicator of [how] well blood sugar is controlled over time, and a sodium test could indicate how well we are travelling through time from the perspective of long-term health risk.”

Correlation ‘does not equal causation’

However, Macpherson also identified some limitations with the study.

“There are a number of drugs which induce higher sodium levels – for example, loop diuretics used to lower blood pressure, lithium for mood disorders, [and] corticosteroids for inflammatory diseases,” he said. “It would be interesting to understand whether there is any risk associated with these compounds associated with faster biological ageing.

“Even though there were exclusions in this paper for obese people and diabetics, it would be interesting to evaluate these patient groups to identify if there is any difference in mortality or disease risk for those with lower versus higher sodium levels, as this would give us further insight and present potential opportunity to further help patients with these conditions.” 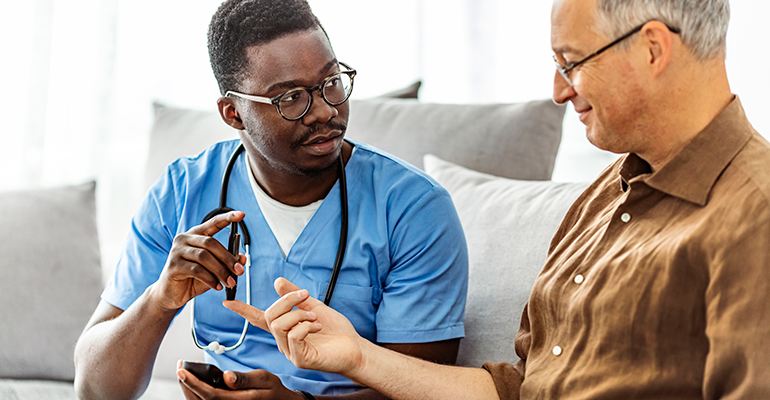 He added: “Correlation does not equal causation. Perhaps high blood sodium is a reflection of other homeostatic dysfunction that is driving biological age acceleration and needs further investigation.”

The NIH researchers also noted that their findings did not prove a causal effect but argued that they could still be used to guide health behaviours.

“People whose serum sodium is 142 mEq/L or higher would benefit from evaluation of their fluid intake,” Dmitrieva said.

The authors also highlighted research showing that as many as half of people worldwide fail to meet recommendations for daily total water intake, which most European national dietary guidelines specify as 1.5 to 2 litres of water per day.

“On the global level, this can have a big impact,” Dmitrieva added. “Decreased body water content is the most common factor that increases serum sodium, which is why the results suggest that staying well hydrated may slow down the ageing process and prevent or delay chronic disease.”