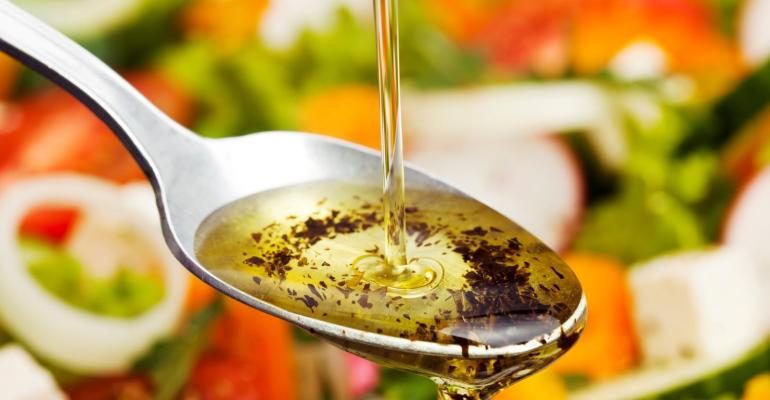 Extra virgin olive oil is high in polyphenols which have been shown to improve antioxidant and anti-inflammatory status in adults; these effects were more pronounced in individuals with high cardiometabolic risk.

Cardiovascular disease (CVD) is the leading cause of death globally. Endothelial dysfunction, which is a determinant in the development of atherosclerosis and an early predictor of cardiovascular events, is strongly linked to factors including oxidative stress and chronic vascular inflammation.

One extensively researched dietary approach for prevention of chronic diseases is the Mediterranean diet which has demonstrated the ability to reduce the risk of CVD including indicators of oxidative stress and inflammation. The Mediterranean diet includes olive oil which contains variable concentrations of polyphenols. Due to their antioxidant and anti-inflammatory properties, these polyphenols have been linked with cardiovascular health benefits; however, most studies included Mediterranean populations with already high olive oil intake and were not being recognized by CVD guidelines.

According to a recent study published in the European Journal of Nutrition (DOI: https://doi.org/10.1007/s00394-021-02712-y), extra virgin high phenolic olive oil (HPOO) improves both antioxidant and anti-inflammatory status in adults.

The researchers reference three cardiovascular health markers from supplementary studies for their analysis. According to the researchers, these studies suggest that oxidized low-density lipoprotein (ox-LDL) is a distinctive feature in the development of atherosclerosis. However, plasma total antioxidant capacity (TAC) is said to be inversely related to chronic disease risks, including CVD. Furthermore, HPOO intake has been identified as being able to reduce C-reactive protein (CRP) levels which are related to inflammation.

This double-blind, cross over, randomized controlled trial compared the effects of extra virgin HPOO (320 mg/kg, phenolic content) and commercially available low phenolic olive oil (LPOO) (86 mg/kg, phenolic content) on oxidative status and inflammation. Participants were between ages 18-75, had a (BMI) 18.5–40 kg/m2, and were from Melbourne, Australia. They were asked to consume 60ml of one of the olive oil products daily across two intervention periods of three weeks. Washout periods of two weeks were used to eliminate carry-over effects of olive oil polyphenols between interventions.

While there were no between-group differences observed in any of the examined indicators, HPOO intake prompted a significant increase in total antioxidant capacity (TAC) and reduction in plasma ox-LDL. These outcomes became more pronounced when analyzing only participants with a high cardiometabolic risk. While no within-group differences were found in circulating high-sensitivity CRP, participants with intermediate-high cardiometabolic risk experienced a significant reduction in hs-CRP levels after HPOO intake. These results suggest an increased metabolic risk pre-intervention.

In conclusion, HPOO consumption produced both antioxidant and anti-inflammatory effects which were more pronounced in adults with high cardiometabolic risk. This emphasizes the preventative potential for both healthy individuals and ones with higher risk of CVD when consuming HPOO.