Could saffron present a viable alternative to pharmaceutical treatment for ADHD? 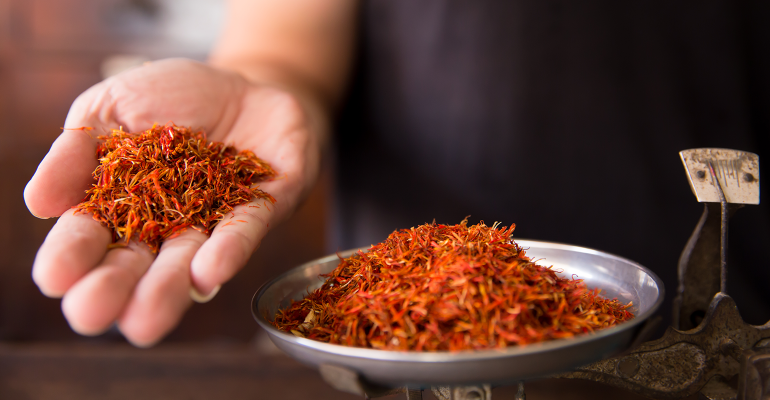 Saffron is comparable with conventional pharmaceutical treatment for treating attention deficit hyperactivity disorder (ADHD) in children and young adults, say researchers. But what is the real-life potential of using the world’s most expensive spice as a nutraceutical?

Saffron extract has been proven safe and effective for treating a variety of mental conditions; for example, it has been demonstrated to be comparable to fluoxetine and imipramine for the treatment of mild to moderate depression. Due to its anti-inflammatory and antioxidant properties, it has also been used to treat chronic diseases including rheumatoid arthritis, inflammatory bowel disease, Alzheimer’s, and cancer.

A stimulant with multiple health benefits

The spice extract, which is derived from the filaments that grow within the saffron crocus (Crocus sativus), has drawn interest as an alternative treatment for ADHD in both children and adults. A natural stimulant, it is an important curative herb in Ayurvedic and traditional Chinese medicine, and has been shown to have anti-tumour, antispasmodic, antihypertensive, anti-atherogenic, anticoagulant, antiseptic, and anticonvulsant properties.

Supplements launched this year containing saffron included products for managing mood, promoting sleep, relieving stress, losing weight, and improving focus. These mainly took place in Europe and India, but some launches were in the US.

According to a 2022 review assessing saffron’s phytoconstituents and their pharmacological activities, many of its beneficial properties are related to its carotenoid content. Crocins, considered to be the main active constituents that give saffron its distinctive colour, are a powerful antibacterial agent, while its organoleptic qualities have been attributed to three main bioactive compounds: crocin, picrocrocin, and safranal.

Picrocrocin is also responsible for saffron’s bitter taste, while safranal, a monoterpene aldehyde, produces its characteristic odour and aroma. These bioactive compounds are the degradation products of carotenoids, known as apocarotenoids. 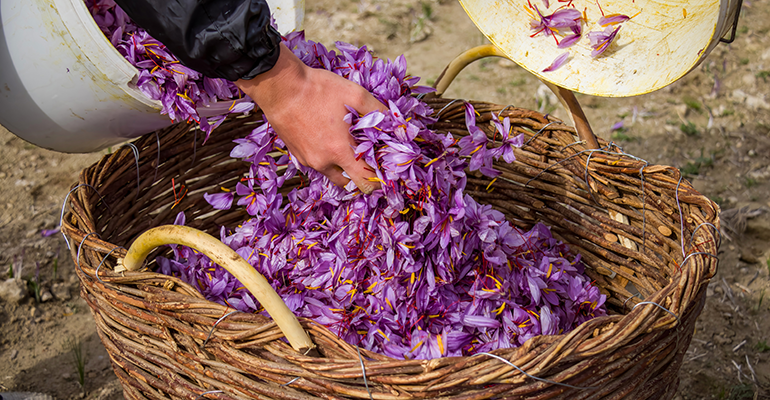 ADHD is a neurodevelopmental disorder characterised by “a persistent pattern of inattention and/or hyperactivity–impulsivity that interferes with functioning or development”; estimates of global prevalence vary from between 2 and 8%. The psychostimulant methylphenidate is the most commonly prescribed treatment for ADHD; however, up to 30% of patients cannot tolerate it, meaning alternative approaches are of value.

A 2019 study found that saffron had the same efficacy compared to methylphenidate, with fewer side effects, in children with ADHD, while research carried out earlier this year concluded that combination therapy can improve symptoms in adults.

In addition, saffron targets the hyperactivity component of ADHD as it increases γ-aminobutyric acid (GABA) in the brain, promoting relaxation, relieving muscle tension, and alleviating anxiety. It also contains lycopene, α- and β-carotene, and zeaxanthin.

However, saffron is challenging to obtain in large quantities as it takes 150,000–200,000 flowers to produce one kilogram of the spice.

Leveraging the world’s most expensive spice

Given that saffron is known as “red gold” because of its price tag, its application in supplements has been limited. However, earlier this year, scientists from Saudi Arabia said they had discovered an unexplored enzyme that could harness its pigment in other ways.

Researchers from King Abdullah University of Science and Technology (KAUST) found it was possible to extract carotenoid cleavage dioxygenases – the enzymes that give saffron its vibrant colour and beneficial health properties – from the common gardenia flower.

Producing crocins from sources other than C. sativus would allow them to be used at a far greater scale, opening up access to its use as a supplement and within the food industry, the scientists wrote in Plant Biotechnology Journal.

“This study paves the way for an efficient biotechnological production of crocins and other high-value apocarotenoid derivatives as pharmaceuticals,” they concluded.