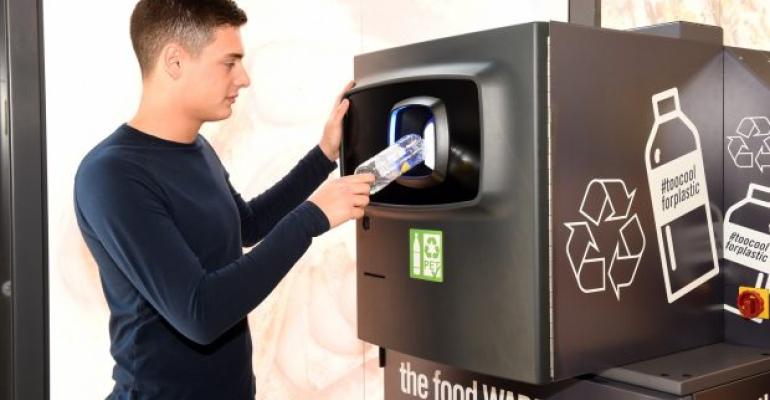 Introduced in July 2018, the amended version of the European Union (EU)’s Packaging and Packaging Waste Directive has upped the ante for the European packaging and recycling industries. To meet the new targets, a minimum of 65% of all packaging waste by weight must be recycled by 2025, and 70% by 2030.

How individual countries choose to reach these targets will vary, but boosting consumer participation in recycling schemes will be a core objective. Although there are many ideas on the table, there is some uncertainty about how effective different approaches may prove to be.

In Sweden, where DRSs have been introduced, recovery rates have climbed to 86% for cans and 77% for plastic bottles. Germany’s success has been even more marked, with recovery rates for aluminium beverage cans averaging over 99%, and between 97% and 99% for non-reusable bottles.

These figures compare to recycling rates across the EU for aluminium beverage cans of 74% and for plastic bottles of 57%. In many parts of Europe, including the United Kingdom (UK), the percentage is substantially lower.

Although the UK may not be bound by the Packaging and Packaging Waste Directive after it leaves the EU, the country has nonetheless taken an interest in using the DRS model to improve its recycling rates.

Last December, the UK government’s Department for Environment, Food & Rural Affairs launched a new Resource and Waste Strategy, which includes a plan to introduce a DRS for drinks containers.

However, the strategy came under some criticism for delaying the implementation date for the DRS until 2023. The activist organisation Surfers Against Sewage estimates that the five-year delay could result in 28 billion additional plastic bottles going unrecovered.

The delay in implementation is partly a reflection of the fact that, despite successes elsewhere on the continent, there are still questions about the best way to implement DRSs. Both consumers and packaging manufacturers have expressed reservations about the possible consequences of poor implementation.

To ensure that deposit return schemes are successful, regulators must take several factors into account. Firstly, they need to ensure that the facilities exist for consumers to return packaging without difficulty, to keep participation rates high.

Second, they need to ensure that the introduction of DSRs does not undercut efforts to introduce more sustainable or biodegradable forms of packaging. Critics of Germany’s ‘Pfand’ deposit return scheme have pointed out that rates of sustainable packaging have not increased; in fact, the percentage of reusable bottles in circulation has fallen.

Finally, DRSs need to be part of a broader packet of measures designed to reduce consumer waste. As they only apply to specific forms of packaging—and generally those that are the easiest to recycle—DRSs must be complemented by effective recycling measures targeted at more problematic forms of household waste.

Although these problems have slowed implementation, momentum in the UK seems to be gathering. The Greenredeem DRS pilot, announced on the same day as the Waste and Resources strategy, will see 50 ‘reverse vending’ machines deployed across two English boroughs to collect plastic bottles.

Further DRS pilots carried out by the supermarkets Iceland, Tesco, Morrisons and Co-op have also gone forward. In the six months following on from May 2018, the Iceland trial—which involved only five machines—was responsible for the recovery of over 310,000 plastic bottles. The scheme has now been extended for a further six months.

These trials will provide additional data on consumer behaviour, to help ensure that DRS implementation is effective.