Personalised nutrition: How our genes determine the healthiness of certain foods 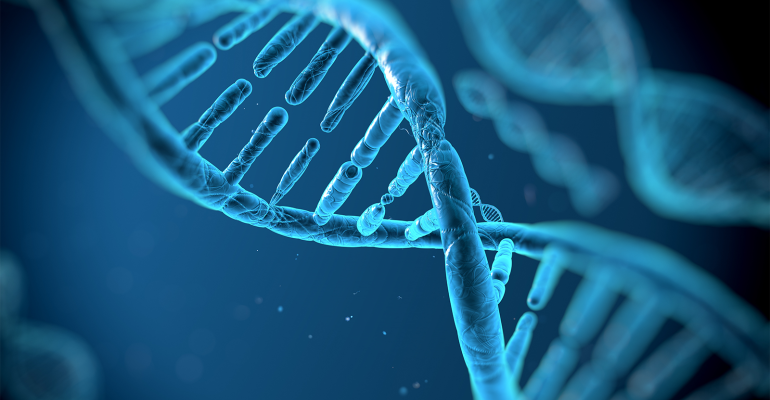 Research suggests that our genes influence how we ingest and select the food and drink we consume, and even the healthiness of certain foods, evidence that is compelling for brands operating in the personalised nutrition sector.

There is growing evidence to suggest that the different ways in which individuals respond to the same foods, beverages and supplements could be largely due to variations in genetic makeup.

A growing consensus amongst researchers, healthcare professionals, educators, and consumers alike, is that the one-size-fits-all, population-based approach to nutritional guidance for health optimization is inefficient and often unsuccessful. Instead, DNA-based dietary advice can increase compliance and incite longer lasting changes to diet, health and nutrition, a series of randomized controlled trials of genetic information on personalized nutrition suggests.

The field of personalised nutrition is growing rapidly. Forecasts predict that the sector could be worth upwards of $21 billion by 2028, growing at a healthy compound annual growth rate (CAGR) of around 11.5%. Reflecting this growth, the proliferation of genetic testing companies such as Navigenics, 23andme, and homeDNA, offering solutions both direct to consumer and via healthcare professionals, is also on the rise.

Nutrigenomics, a branch of science that deals with the interface between nutrition and genetic makeup, is gaining interest, with researchers increasingly using genetic testing to determine why individuals respond differently to the same food and drinks. Genes can have a profound effect on both the food and drink an individual chooses to consume, as well as the ways in which their body responds to it, research conducted by scientists at the University of Toronto shows.

Our genes influence how we ingest food

Genetic code refers to the instructions contained in a gene that tell a cell how to make a specific protein, according to the National Human Genome Research institute. An individual’s diet could incite epigenetic changes, by affecting the absorption, distribution, cellular uptake, and elimination of that which they ingest.

A series of observational studies in humans, which traced the path from nutritional factors to health outcomes, found that individuals had heterogenic responses to different foods, suggesting that different genes generate different health effects.

Modern advances in molecular genomics and genetics can now pinpoint specific regions in the genome that these variations can be attributed to, often referred to as SNPs, or single nucleotide polymorphisms. Small substitutions like these in the genome of individuals could have a profound effect on their metabolism and the ways in which they respond to the food the ingest, explained Ahmed El-Sohemy, professor of nutritional sciences at the University of Toronto.

“It is one thing to know how much nutrients and bioactive compounds someone consumes, but it is another to know how much of that actually reaches the target cell of interest,” El-Sohemy said at IFT First 2022.

Does coffee protect against disease or increase the risk? It depends on your genes...

What this means is that certain food and drink products are healthier for some people than for others. To illustrate the impact of this in real-life terms, El Sohemy gave the example of coffee and its link to cardiovascular diseases (CVDs).

Cardiovascular diseases are the number one cause of death globally, representing over a third (32%) of all deaths worldwide in 2019, data from the World Health Organization (WHO) shows, and a  large contributor to the development of CVDs is an unhealthy diet. Many popular food and drinks are a made up of a mixture of both harmful and beneficial bioactive compounds. Coffee, for instance, consists of polyphenols which offer beneficial antioxidant properties, as well as diterpenoids, which have the potentially harmful effect of raising cholesterol.

Several studies have linked consuming large amounts of coffee to a higher risk of cardiovascular disease, potentially due to the presence of caffeine in coffee. One study found that the risk of developing heart disease from consuming coffee correlated with an individual’s metabolic rate, which is largely determined by their genetic makeup.

Caffeine is metabolized by the polymorphic CYP1A2 enzyme, and the research showed that individuals who are homozygous for the CYP1A2*1A allele (A/A) – that is to say, they have inherited the same DNA sequence for a particular gene from both their biological mother and father – are “rapid” caffeine metabolizers whereas carriers of the variant CYP1A2*1F are “slow” caffeine metabolizers, El-Sohemy explained.

Not only do our genes affect how we ingest food, but they can also influence what food we choose to consume in the first place.

“Our genes contain factory receptors which can influence our preferences and tastes […] genes can, to some extent, determine our eating behaviours,” El-Sohemy said.

Research to identify the genetic basis for differences in glucose metabolism found that individuals with a genetic variation in glucose transporter type 2 (GLUT2) have a higher daily intake of sugars in two distinct populations. These findings, consistent across age ranges and among healthy individuals and those with Type 2 diabetes, imply that a glucose-sensing gene regulates and influences food intake.