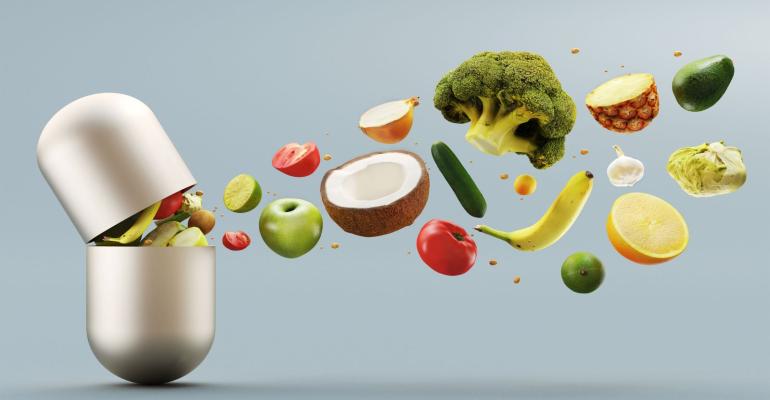 Plant-derived antioxidants have interconnected benefits to the gut microbiome, inflammatory markers, and risk of obesity.

The production of inflammatory metabolites (TMAO) leads to a higher risk of obesity, cardiovascular diseases, diabetes, osteoarthritis, and asthma, among other non-communicable conditions. Interestingly, researchers have reported that eating excess meat contributes to a higher yield of TMAO. On the other hand, polyphenols, mainly obtained from plant crops, are linked to protective, prolonged health status. According to a review published in Antioxidants (DOI: https://doi.org/10.3390/antiox10050708), these polyphenols influence the human microbiome, inflammation and obesity.

Researchers from Italy reported that vegetables, fruits, whole grains, legumes and nuts, olive oil, and  coffee and tea are great sources for beneficial antioxidant polyphenols. Interestingly, they also mentioned honey has such properties. “Among the plant-derived bioactive compounds, polyphenols represent the largest class, and they include more than 8,000 different molecules. Polyphenols are secondary metabolites produced by plants as protective agents against UV radiation, pathogen aggression and oxidative stress. In humans, when prescribed [sic] as nutraceutical supplements and through dietary sources, they exert numerous properties, including antioxidant, anti-inflammatory, antidiabetic, anticancer, cardio-protective and antiviral activities,” they stated.

When analysing the potential interaction between the gut microbiota, inflammation and obesity, researchers found polyphenols and plant-based diets are highly likely to promote health benefits, thus opening a whitespace opportunity for the nutraceutical industry to explore their commercialisation potential further as consumers look for more plant-based products.

Overall, researchers hypothesise: “Polyphenols can prevent, attenuate and even reverse inflammation and its related (dependent or caused by) conditions like obesity and dysbiosis. Good bacteria are fed by antioxidants and fibres and they have their own antioxidant properties, such as chelating metals, modulating their host’s antioxidant defence, and producing vitamins and enzymes like catalase and SOD. Furthermore, microbiota contributes to the detoxification processes through vitamin and enzyme production, and toxicants can be a source of inflammation and dysmetabolism.”