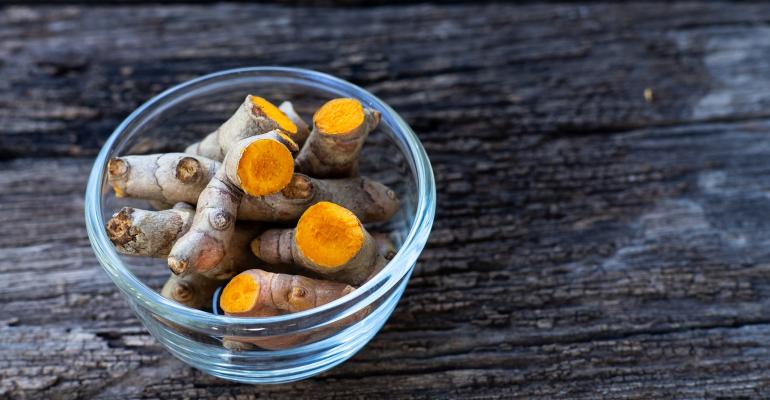 In a newly published human clinical study, Arjuna Natural Ltd.’s curcumin formulation BCM-95® (Curcugreen®) demonstrated new possibilities for effectively managing symptoms associated with osteoarthritis of the knee, and even exhibited results that matched those of some of the non-steroidal anti-inflammatory drugs (NSAIDs) typically used for significantly reducing pain severity. In addition, subjects in the study incurred none of the gastric side effects that can be associated with the use of NSAIDs. BCM-95 (Curcugreen) is a patented, high-potency turmeric extract developed by Arjuna.

Osteoarthritis (OA) of the knee normally occurs in people beginning at about age 40. It can have considerable restrictive impact on physical activity, and is the fourth leading cause of disability. After age 60, an estimated 10-15% of all adults have some degree of OA. The increasing prevalence of OA has been attributed to an ageing population and rising cases of obesity. Pain is commonly noted as the key symptom driving individuals to seek medical care.

Within two weeks of treatment, Curcugreen demonstrated an ability to reduce pain and relieve joint stiffness with a secondary capacity to effect improvements in the daily functions of living, recreational sporting activity, and overall quality of life, all at a level similar to that achieved through the NSAID control. Curcumin’s therapeutic functions are essentially credited to its well-documented ability to suppress several pro-inflammatory cytokines and their release mediators.

“BCM-95 curcumin could be a favourable alternative for people seeking relief from OA symptoms, especially those who are intolerant to the side effects of standard OTC drugs,” says Benny Antony, PhD, joint managing director of Arjuna and a recent recipient of the National Intellectual Property Award in India for the year 2019 in the category of Top Individual for Patents and Commercialisation.

In the same study, the BCM-95 group reported a significant reduction in episodes of flatulence (a common side effect of some NSAIDs), and an anti-ulcerative effect of BCM-95 also was observed. None of the participants required heartburn drugs, such as the H2 blockers often prescribed alongside NSAIDs. Preclinical studies conducted on rats have previously demonstrated the gastroprotective properties of this anti-inflammatory polyphenolic compound used extensively in traditional Ayurvedic medicine.

This is the first study in which curcumin therapy has elicited a significant positive link to osteoarthritic care. “The beneficial results obtained in the study are highly likely due to the combination of curcuminoids and essential oil of turmeric present in our proprietary curcumin formulation with increased curcumin bioavailability,” explains Antony. “The permeability of curcumin is increased by the turmerone-rich essential oil complex, incurring a sevenfold enhancement of plasma curcumin levels, proven to yield statistically significant clinical benefits.”

Manufactured at Arjuna’s solar-powered plant, BCM-95 has a GRAS status by the US FDA confirming its safety and assuring its status as a trusted, clean brand. BCM-95 has been the subject of more than 50 publications and is the subject of 50 patents worldwide.

Next generation curcumin ingredient to be unveiled at Vitafoods Europe
Apr 24, 2019