CBD in food: a gap between law and reality 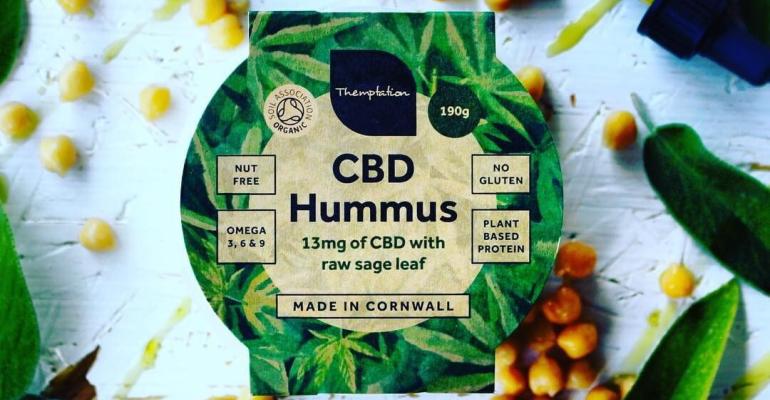 Despite CBD not being allowed in foodstuffs in the UK, there has been little enforcement to date, as CBD-Intel discovers. Trading Standards teams across the UK are reporting very few complaints about food and drink containing CBD. That’s despite the UK Food Standards Agency (FSA) saying it would follow EU rules, which as they stand say CBD should not be used as an ingredient in foodstuffs.

An investigation by CBD-Intel this autumn, looking at whether local authorities were enforcing the EU’s novel foods catalogue classification of CBD, found that just one Trading Standards team had seized products – and that was following a media sting. Glasgow City Council told CBD-Intel it had received a complaint about CBD from the media and samples had been taken away for testing. However, nothing had been reported by any member of the public.

No other council contacted by CBD-Intel said it had taken action on CBD products. On the south coast, Brighton and Hove City Council said it had received complaints about CBD being sold, but only one relating to foodstuffs, which did not result in a seizure. In London, none of the boroughs of Brent, Croydon, Kingston, or Enfield reported any complaints about businesses selling any kind of CBD. In Edinburgh and Liverpool, the city councils also said no one had reported anything. In the southwest of England, Cornwall County Council confirmed no complaints relating to CBD had been made, while in Bristol, the city council also said no one had reported any CBD.

The Chartered Trading Standards Institute, a professional organisation for the trading standards enforcement industry, said the low level of seizures could be due to teams not picking up the items unless they were specifically reported to them. A spokesperson told CBD-Intel: “Trading Standards would be unlikely to go into shops to remove products unless they’ve had a report or complaint that a shop was still selling such products. It would be up to the shop initially to comply with legal rulings and remove the items themselves.”

The FSA said it had been working with local authorities to enforce the novel food classification. It confirmed to CBD-Intel that it still believed widespread use of CBD extracts in food supplements and foods before May 1997 had not been demonstrated in any EU member state and that therefore all foods containing such extracts were regarded as novel, requiring authorisation before being placed on the market.

“To obtain an authorisation for a novel food, businesses need to demonstrate that the product is safe,” the FSA said. “They need to submit specific information about what the food is, how it’s made and how they intend to use it, as well as providing detailed information to demonstrate it is safe for people to eat.

“Currently, no CBD extracts have the legally required authorisation. There are a number of CBD products on the market that are non-compliant as they do not have the correct authorisation.

“We are working to decide the route to compliance to ensure that only authorised novel CBD extracts are on the market. If there is any evidence that products are unsafe, we will work with local authorities to remove them from sale.”

The bottom line is that although the EU novel food catalogue is non-binding and novel food status is assessed on a case-by-case basis, once a member state chooses to declare a suggested item as a novel food – in this case food with CBD/cannabinoids – then the regulations which apply are legally enforceable by agencies of that member state.

The FSA has made its position very clear: it is currently against UK regulations to use CBD as an ingredient in a food or drink product or supplement. Despite this, the industry continues to argue that there is some ambiguity in the matter—presumably encouraged by the lack of enforcement on the issue.

Yet whether industry members like it or not, the FSA has chosen to follow EU guidance on cannabinoids and arguing otherwise will not change the current situation on the ground. Any business that chooses to be involved in CBD food/drink items and runs into enforcement difficulties may find it has no legal legs to stand on.

True, enforcement is currently light—as the various local Trading Standards offices demonstrate. Resources are tight and there are significantly bigger threats to deal with than CBD in dietary products. And the FSA has said it is working towards “a proportionate way forward” to compliance in the marketplace.

But the industry might do well to remember that there is a difference between a lack of enforcement and a lack of a right to enforce.