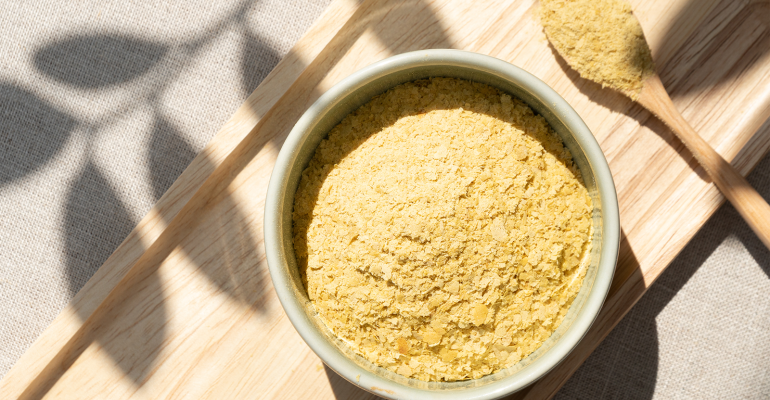 Yeast protein is being touted as a potential solution to the global food crisis thanks to its “comprehensive” nutritional content and low environmental footprint. But can health-conscious customers be persuaded to trust these alternative protein products?

Highly nutritious and with a lower environmental impact than animal- and plant-based proteins, yeast appears to be an attractive alternative to traditional protein sources. But given the lack of data, what will consumers think of these products – and, most importantly, do they taste any good?

In search of alternative protein solutions

Consumers are turning to alternative protein sources for a variety of reasons: concerns around human health, animal welfare and the planet – particularly in the wake of the pandemic – have all driven interest. Traditionally, soy has dominated this market but other sources, such as pea protein, have gained in popularity: the market grew at a compound annual growth rate (CAGR) of 11.4% between 2016 and 2020, according to Future Market Insights.

Like plant proteins, yeast protein has been found to be more environmentally friendly than animal protein, with reduced carbon emissions. Replacing just 20% of beef production with yeast protein could halve deforestation and associated carbon dioxide emissions, as well as lower methane emissions, according to a study published in Nature last year.

What’s more, yeast-based alternatives use less arable land than plant proteins, and seasonal or climatic factors do not affect production efficiency. Neither do they require the use of pesticides or antibiotics, avoiding the genetic modification issues associated with plant protein substitution.

In addition, yeast protein production is efficient. A 2022 study in Metabolites concluded that nutritional yeast protein biomass may be the best option for human and animal nutrition, owing to its low environmental footprint, health benefits and accessibility.

Compared with plant proteins, yeast-based alternatives are more nutritious. Yeast protein contains B vitamins (B1, B3, B5, B6, B8 and B9) – which are particularly challenging to obtain if following a vegan diet – and is high in potassium, phosphorus, iron, zinc, and magnesium. It can assimilate cholesterol, as discussed in a 2017 study, and contains all of the essential amino acids, with particularly high levels of leucine and lysine. It also contains beta-glucans, which have been found to have anti-cancer, anti-diabetic, anti-inflammatory and immune-modulating effects, and may even have a positive effect on gut microbiota, according to a 2018 review.

Within research and development, manufacturers are looking at using yeast as a replacement for soy in vegetarian meat processing and flavourings. China-based supplier Angel Yeast, which promotes the use of yeast protein in applications such as meal-replacement powders, drinks powders and sports nutrition supplements, says it can be used to improve the nutritional value of vegetarian products. The company also carries out research on the selection and breeding of high-protein yeast strains. Meanwhile, Israeli start-up FFW says it uses yeast and other non-conventional protein sources “to make novel meat-like (high-protein, tasty, chewy) products”.

Taste test: How important is flavour to sports nutrition consumers?

Claims like these could work as a selling point within the sports drinks sector, where health has traditionally been consumers’ primary concern. But as the category becomes more mainstream and product offerings more diverse, flavour choices are becoming more important. An Innova Market Insights report found that 41% of sports nutrition shoppers consider flavour to be an important factor when choosing food and drink, after health considerations and cost. Meanwhile, 77% of British consumers said they would consume more sports nutrition products if they tasted better.

This could present a problem for manufacturers: as outlined in a Vitafoods Insights report, Multiple Routes to Protein Innovation, while the protein content and balanced amino acids of these products is “crucial”, there can be difficulties in maintaining their sensory profile when increasing protein content. Fred van de Velde, expertise group leader for protein functionality at Dutch research company NIZO, said:

“Ensuring they have a good taste and mouthfeel can be challenging.”

“Its neutral taste makes it a highly malleable and easy-to-use building block for high-protein foods.”

While yeast allergies are rarely reported and it is not listed as an official allergen in EU or the UK’s Food Standards Agency (FSA) guidelines, some individuals display an intolerance, and it is expected that these numbers will increase as the scope of the alternative proteins market widens. A 2022 study in Critical Reviews in Food Science and Nutrition raised concerns regarding the potential for a rise in food allergens in this space.

“Understanding the effects of processing and safety alternative proteins is paramount to ensuring food safety and understanding the risks to consumers. However, the data here is limited,” the researchers stated.

They also drew attention to the risk of contaminants being introduced during processing, or indeed that of anti-nutritional compounds, which compromise the absorption of nutrients.

“I think that [using yeast protein] certainly sounds very interesting and I can see that the sustainability and nutritional credentials will be very attractive to manufacturers.”