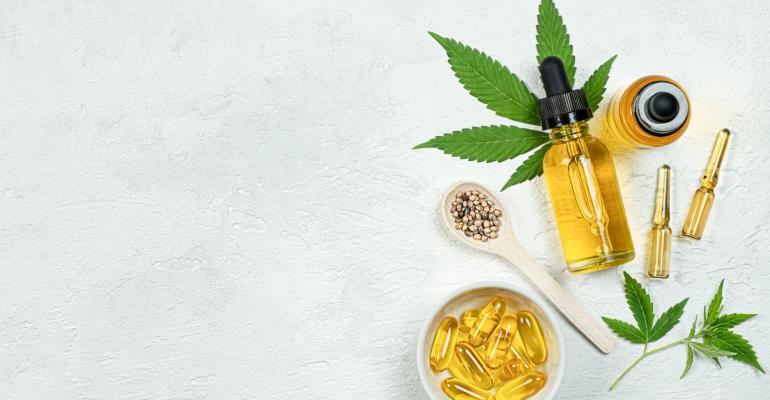 CBD companies say they do not know when or even how they will be able to provide the missing data that has caused the European Food Safety Authority (EFSA) to pause the clock on assessing novel food applications.

EFSA has validated a total of 19 applications – but the applicants have now been asked to provide further information to fill in gaps detected by the authority's expert panel on Nutrition, Novel Foods and Food Allergens (NDA).

"We have already provided some data on toxicity, but further research is also needed," she said. "This will take quite some time, as the additional requirements are demanding and costly."

The company was not entirely surprised by EFSA's cautious approach, though it had hoped for a smoother process. "To be honest, I didn't know what to expect," Česen admitted. "But based on the past actions of the European Commission, we are not surprised by EFSA's latest move."

EFSA said it would support applicants through the delay in the process. Still, it was hoped assessments could be completed by November to fit within the nine months allocated after validating the latest applications in March this year. The "clock" on the applications has now been stopped until EFSA receives the extra information it requires from the applicants.

Česen now believes it will be some time before approval is granted. "It is hard to predict," she added. "But I think the expected approval of validated novel food applications in April 2023 is highly optimistic."

Swiss-based CBD brand Linnea, which had an application validated in March alongside ones from Pharma Hemp and three more companies, agrees that it will be some time before approval is granted.

"EFSA is not well known for fast decision processes because they deal with human health, and they must take care of critical and sensitive potential societal issues," Linnea's CEO Susanne Caspar told CBD-Intel. "It also represents the entire European Union, with all its related cultural, political and legal diversity. They need to be inclusive towards all the member states and cannot be hasty in their decision processes."

These dynamics, Caspar said, could translate into very long delays in the assessment, which, while aimed at protecting consumers' safety, could end up increasing risks by leaving the CBD market in an unregulated limbo.

"I believe the process will take years," she said. "A faster decision could decrease consumer risk because it would stop the grey market and support qualitative, high-value products."

However, Caspar added that Linnea had expected something like this to happen. "We expected this request for further information from EFSA as we are dealing with different ongoing novel food processes, and this is the normal procedure in Europe," she said. "In our experience, this CBD assessment represents a profound and detailed set of requests."

One positive to come from the latest delay is that EFSA provided greater clarification on what kind of information it wants to be able to perform a final assessment – something that had been difficult to determine earlier in the process.

"The positive thing is that there is a clear assessment that allows us to now understand what the requirements can be to obtain the novel food approval," Caspar said.

EFSA told CBD-Intel that each applicant's assessment process would resume separately as they fill the information gaps identified.

"EFSA's risk assessments of the 19 applications received are on hold until the applicants provide the missing data," the agency told CBD-Intel. "After all the necessary data is provided, EFSA will restart the clock and complete its risk assessment within nine months."

Among the gaps EFSA's experts highlighted in a statement last week was some concern about data on the side effects of CBD food products' on humans. The panel asked for more information on the effects on consumers' liver, gastrointestinal tract, endocrine and nervous systems, and psychological well-being.

It added: "Studies in animals show significant adverse effects, especially in relation to reproduction," the panel said. "It is important to determine if these effects are also seen in humans."

Applicants say research on humans is particularly complex to carry out and involves very high costs.

Linnea said that, while it could already provide some of the missing data EFSA is asking for, the request for information on human consumers was unprecedented. "We need to evaluate what this means in terms of time and costs," Caspar said.

Application costs for CBD companies to enter the EU novel food assessment process were already high and discouraging for many small brands before EFSA requested further data. Some have joined forces to reduce the cost by presenting a single application.

"For ten years, we have been creating jobs and promoting Italian CBD products across Europe," Jacopo Paolini, CEO of Italian-Dutch brand Enecta, told CBD-Intel. "All we want is to work in a market where the rules are the same for everyone, for our own sake and that of our clients and those who will come after us. We hope we won't have to wait another ten years for that."

Enecta is among the members of the Novel Food Consortium launched by the European Industrial Hemp Association (EIHA), which said it would invest up to €3.5m in financing toxicological studies on CBD and THC.

The consortium is meant to help companies face costs which, the EIHA said, may vary between €350,000 and €500,000 for registering a single product, based on the EU novel food guidelines.