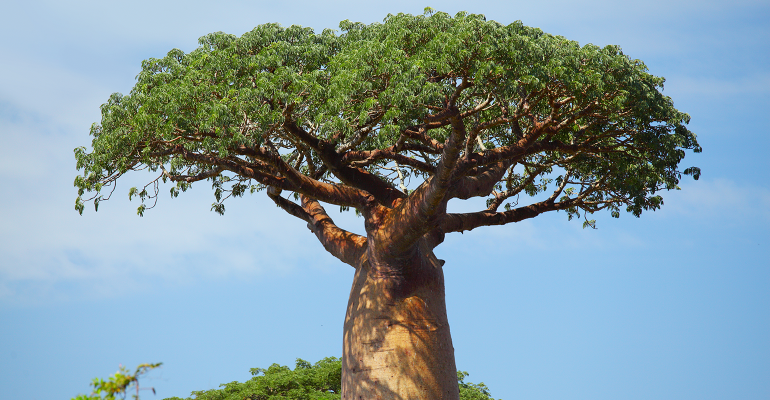 Baobab tree.
Baobab, African cherry tree, and jatamansi are usually wild harvested. We look at their nutraceutical applications and sourcing pain points – as well as potential solutions for a more sustainable supply chain.

A significant number of plants that are wild harvested are destined for the nutraceutical or health food industries; however, many of these are not harvested sustainably.

“Despite their ubiquity, importance, and the threats facing them, wild plant ingredients are often obscured from consumers and escape companies’ due diligence due to a lack of awareness and traceability. Best practice standards exist, but have yet to capture a significant portion of the market,” write the authors of the report WildCheck: Assessing the risks and opportunities of trade in wild plant ingredients, published by the United Nations’ Food and Agriculture Organization (FAO) and co-authored by the FAO, non-profit organisation TRAFFIC, and other associations.

Nevertheless, there are many ways in which the nutraceutical industry – from traders to suppliers, manufacturers to retailers – can contribute to a more sustainable supply chain, such as through wildlife conservation and restoration, access and benefit sharing, scientific research into cultivation and sustainable harvesting practices, partnerships, and engagement with best practice standards and certification.

“The outlook for [...] for wild ingredients as a whole can be bright if appropriate actions [...] are taken by various stakeholders now,” the authors add.

Pygeum (Prunus africana), also known as the African cherry, plum or almond tree, is an evergreen tree that grows across tropical regions in Africa. Extracts of its bark are used for medicines and herbal products to treat and alleviate the symptoms of prostate conditions in men, which is the main driver of global demand.

Several compounds in pygeum may reduce inflammation by stopping the production of prostaglandins, which are indicators of inflammation in the body, according to the Memorial Sloan Kettering Cancer Center, a research institute.

However, the pygeum tree, which is a valuable food source for many endemic animals and birds in the Afromontane forest, has a “vulnerable” conservation status, according to the International Union for Conservation of Nature (IUCN). The fact that it is harvested through the bark of the tree means overharvesting is risky and can potentially destroy the tree. In fact, pygeum faces a single threat across its geographical range distribution: the harvesting of its bark, according to the authors of the WildCheck report.

They recommend that suppliers wishing to contribute to a more sustainable supply chain could support scientific research efforts to identify sustainable harvesting methods for pygeum and to support cultivation trials that could reduce pressure on wild populations.

Jatamansi (Nardostachys jatamansi), also known as spikenard, is an aromatic plant that flowers and grows throughout the Himalayas. It has a long history of use in Ayurvedic medicine and Chinese traditional medicine, where its roots and rhizomes are used for mental health conditions. The roots are also used to make essential oils that are said to have antibacterial and antifungal properties.

However, the ingredient is also being used by packaged food manufacturers. One recent product launch using jatamansi is Indian manufacturer Amul’s ashwagandha milk, a functional dairy drink made with Ayurvedic ingredients, including ashwagandha, jatamansi, and holy basil powder. According to the brand, the ready-to-drink beverage improves insomnia and reduces mental stress.

Jatamansi is critically endangered, according to the IUCN. The main threats are overharvesting and habitat loss, which is largely due to agricultural and urban expansion. Additionally, the jatamansi supply chain is not always transparent. In 2017, the US government sentenced essential oil brand Young Living to pay $760,000 for violations to the US Lacey Act and Endangered Species Act Violations for illegal trafficking of jatamansi and Brazilian rosewood.

According to the WildCheck report authors, many jatamansi traders pay the harvesters an advance, which leaves them in “debt bondage” and pressures them to harvest enough to pay back the money. This can encourage unsustainable practices as harvesters pick immature plants or harvest the entire rhizome, leaving none for the plant to regenerate. 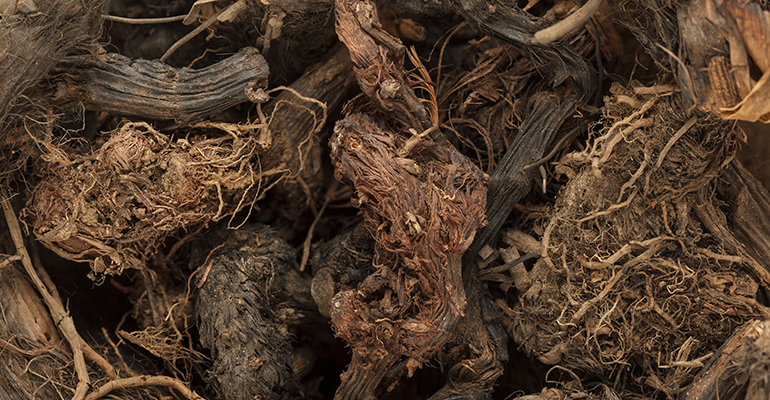 The iconic baobab tree (Adansonia digitata) is native to the semi-arid sub-Saharan Africa region and almost every part of it can be used for human consumption, from the fruit, seeds, and leaves to the flowers, roots, and bark.

The fruit powder has become a popular ingredient in recent years, particularly in Europe, where it is often marketed as a superfood thanks to its high vitamin C, fibre, and antioxidant content. According to Mintel’s Global New Product Database, there have been nearly one thousand recently launched products using baobab around the world.

The oil from pressed baobab seeds is used in cosmetic products thanks to its high antioxidant content, which protects skin from free radical damage and high levels of omega-6 and omega-9 fatty acids, which have anti-inflammatory effects.

Demand is also growing considerably. According to the African Baobab Alliance, baobab powder exports amounted to 450 tonnes in 2017 but are predicted to reach 5,000 tonnes by 2025.

The IUCN classifies baobab trees as having a medium biological risk. This is because the trees trend to grow as solitary individuals, meaning the population density is low, and because demand is increasing, putting strain on existing resources. However, the baobab supply chain is classified as high risk for social reasons. In four of the top producing countries – South Africa, Ghana, Senegal, and Zimbabwe – there have been documented cases of child labour and dangerous working conditions, as well as discrimination and access rights being denied for harvesters.

Despite these challenges, FairWild says that baobab presents an excellent opportunity to support development, female empowerment (most harvesters tend to be women), and conservation efforts in some of the poorest countries in the world, if sourced responsibly.

It notes that baobabs are being planted across Ghana and Burkina Faso to support women’s livelihoods in the dry season and contribute to the Great Green Wall Project, which aims to restore one million km2 of degraded land and halt the expansion of the Sahara desert by 2030.

Responsible health and nutrition brands can opt to source certified baobab products – EU Organic, Ecocert Fair Trade, Fair for Life, FairWild, Union for Ethical Biotrade, and ABS all certify baobab suppliers – as this can offer a price premium to the producer.