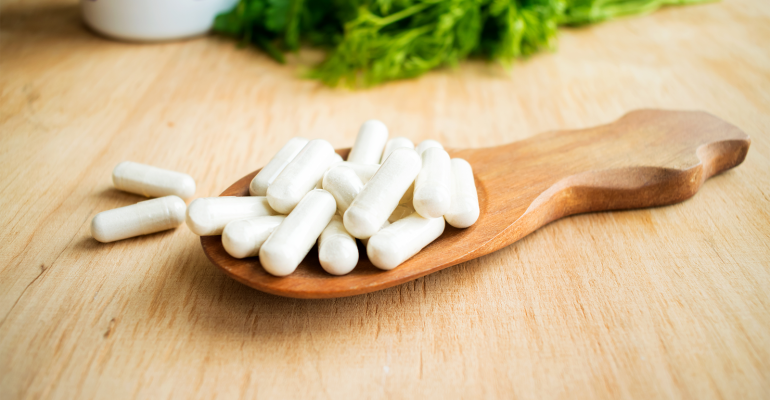 Vitamin K2, or menaquinones, found in nature, exist in an all-trans form. The molecule’s seven double chemical bonds are set in a linear configuration, making the vitamin highly bioactive.

When producing vitamin K2, production and stability issues make it extremely difficult to create an all-trans molecule and result in some or all chemical bonds presenting the cis form, mostly considered biologically inactive. Depending on the production method, one or more molecular bonds can have a cis configuration.

Cis isomers are not linear, and because their shape differs substantially from the all-trans form, they may not fit the binding sites of K2-dependent enzymes and proteins, leaving them inactivated. It doesn’t hinge on whether vitamin K2 is produced from fermentation or organic synthesis – both processes the naturally occurring vitamin. The crucial factor is purity (all-trans), which in the K2 world is directly linked to bioactivity, impacting effectiveness. The highest possible percentage of all-trans-MK-7 is needed to achieve the desired effect of vitamin K2 MK-7.

K2 ingredients with a high percentage of cis-bonds hardly bring any health benefits to consumers, but they are quite common. Unfortunately, the market for vitamin K2 is still fairly unregulated. In the US, for example, the USP monograph only requires 96% all-trans MK-7 for K2 ingredients, but no cis vs trans testing for finished supplements, which allows low-quality products to enter the market and under-perform in K2 efficacy.

It is standard practice to test the quality of a K2 MK-7 ingredient with an HPLC/UV method for quantitative measurement of menaquinones, which can help determine the content of MK-7 in an ingredient (rather than MK-4, which has a shorter half-life in the body). However, it has to be paired with a cis/trans determination HPLC chromatography, the analytical method useful to assess the isomeric purity of K2 ingredients and, therefore, the actual level of bioactivity.

There isn’t enough awareness among supplement producers of the issue, and they might be including low-quality products in their formulation without knowing it. As Kappa, we are also working with labs in Europe and the US to help raise awareness and ensure all relevant labs get access to the right HPLC methods to test Vitamin K2 quality.