Ingredients: Not All Calcium Salts Are Created Equally 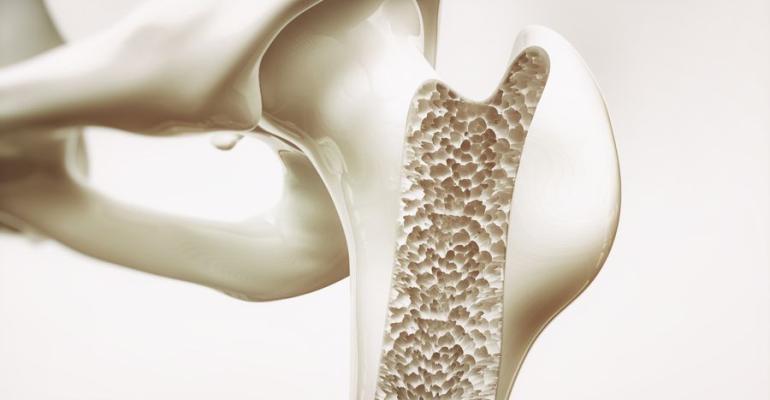 Although more prevalent in post-menopausal women, everybody after the age of 30 is at risk of developing osteoporosis.

That’s why adequate intake of calcium along with other minerals and vitamins is important for optimal bone health. However, not all forms of calcium are created equal. For example, calcium carbonate already has been linked several times to metabolic alkalosis.

Most calcium compounds given orally as a source of calcium are soluble in gastric acid but are converted mostly into insoluble calcium carbonate in the duodenum so that only a fraction of the calcium is available for absorption. Absorption of calcium salts therefore depends greatly on their solubility and stability in a wide pH range. A study on the capacity of acidity neutralisation made on several calcium salts shows Givocal™ has the smallest buffer capacity and has the best stomach solubility. It stays nearly 100 percent soluble throughout the gastrointestinal tract, which is exactly the property we want.

These results were confirmed by an in vitro study made on the gastrointestinal model TIM-1 of TNO laboratory (the Netherlands) which compared the absorption of Givocal and calcium carbonate. With the same amount of elemental calcium ingested (introduced into the system), Givocal™ permits a better absorption of calcium: 4 times more calcium is absorbed with Givocal™ than with calcium carbonate. Moreover, a study made on rats shows, with the same amount of calcium ingested, Givocal™ has two times less calcium excretion than calcium carbonate indicating higher bioavailability than calcium carbonate. Other in vitro or in vivo studies show that Givocal™ allows a good assimilation of calcium by the bone tissue, has a cariostatic effect on teeth and shows a beneficial action on the nervous system.