HomeIngredientsVitamins and MineralsHow vitamin D could relieve vaccine pressure in the UK
Recent
Ingredients
Happening Now
What drives consumer interest in honey products?
May 20, 2022
Alternative proteins: from quality to consumer perception - video
May 19, 2022
Bioengineered DHA-rich canola oil improves omega-3 levels
May 19, 2022
Accelerating the upcycling journey with Alvinesa – podcast
May 18, 2022
Recent
Addressing mental wellness and the long effects of COVID
May 17, 2022
Nourish the skin for longer-lasting youth
May 17, 2022
Vitafoods Europe 2022: Top Takeaways - video
May 16, 2022
Variety of protein sources may lower hypertension risk
May 16, 2022

How vitamin D could relieve vaccine pressure in the UK 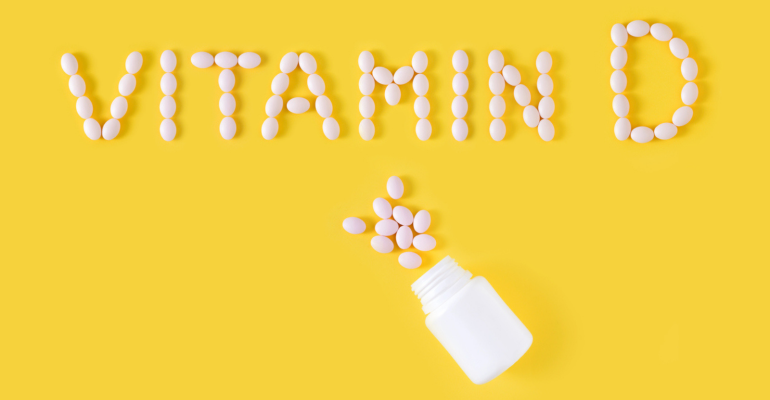 Optimism continues to grow with the announcement of several vaccines offering over 90% protection against COVID-19. However, reports suggest that for a majority of people, the vaccine will not be available until the second quarter of 2021.

Until then, nutritional supplementation may be useful. The effectiveness of vitamin D is now being recognised by both national and devolved governments in the UK. Some scientific advisers are now suggesting that a national provision of vitamin D could be used to help reduce infections or hospitalisations until the vaccine is ready for widespread administration. However, will vitamin D be used to help ease the burden of viral infections while vaccines are rolled out across the country?

While the NHS recommends that vitamin D supplements should be used between October and early March due to limited sunlight hours, in 2020 the public health body suggested that the vitamins should be used year-round as a consequence of lockdowns and limited outdoor time.

NHS notes there is not yet enough evidence that vitamin D can prevent coronavirus, even as studies find lower levels of vitamin D in patients hospitalized with COVID-19. But, with little to no side effects involved in taking the supplement, could its use be a tentative win for public health?

Queen Mary University of London launched a study in late 2020 assessing the effectiveness of supplemental vitamin D in reducing the risk or severity of the coronavirus. Researchers are testing whether implementation of a test-and-treat approach which will correct insufficient levels of vitamin D will result in reduced risk or severity of COVID-19 and other acute respiratory infections.

The trial is supported by pharmaceutical company, Pharma Nord, and NHS trust charity, Barts Charity. Their support highlights the potential effectiveness of vitamin D against respiratory illnesses, particularly among older generations. There are suggestions that vitamin D’s anti-inflammatory effects are the reason it enhances the body’s immune response to respiratory illnesses.

News of vitamin D’s potential effectiveness against the coronavirus has reached UK Parliament. Before implementing the second national lockdown in England, on 2 November, the Prime Minister was questioned on the specific benefits of the supplement. MP David Davis suggested: “[Vitamin D] could reduce infection rates by half and case death rates by half again. … The Scottish Government are sending four months’ supply of vitamin D to everybody who shielded in Scotland. Given that it is low cost and there is no medical downside, will our Government consider the same approach in England?”

Boris Johnson responded that the results were promising: “We are indeed looking at the possible beneficial effects of vitamin D, and I know that we will be updating the House shortly.”

Following this, it was announced that vitamin D supplements would be delivered to more than two million clinically vulnerable people, in a programme lasting throughout the winter. Speculation continues whether this roll-out could be extended to more individuals or for a longer period as the government supports more trials into the effectiveness of vitamin supplementation. Health Secretary Matthew Hancock reiterated optimism on the idea in October: “I have asked the scientists to look once again at the impact of vitamin D on resistance and immunity.”

Using vitamin D to support the vaccine administering is being made as a clear and achievable objective for governments across the UK. As the vaccination roll-out continues in the UK and, indeed, around the world, vitamin D may be of use to help keep the population healthy.

Andrew Richardson is a copywriter working with Pharma Nord, an international pharmaceutical company that supplies hospitals, health food shops, and pharmacies across the UK.