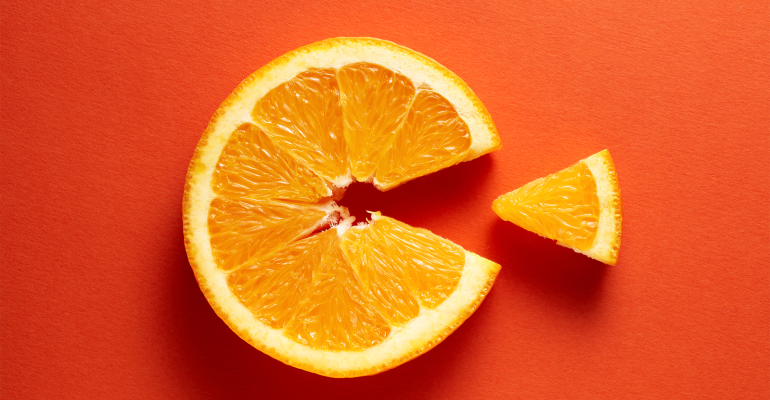 The recommended dietary allowance (RDA) of vitamin C varies hugely around the world, ranging from 40 mg per day in India to 110 mg in the European Union, prompting renewed calls for global harmonisation to promote public health and prevent consumer confusion.

It is generally well known that a vitamin C deficiency causes scurvy. However, vitamin C performs many important functions in the body. In the EU, there are many authorised health claims for vitamin C relating to its contribution to iron absorption, vitamin E regeneration, reduction of tiredness, and protection from oxidative stress, as well as contribution to immune health, collagen formation, bone health, and psychological function (among others).

Despite these scientifically proven benefits to health, national guidance for the RDA of vitamin C varies enormously around the world. According to London-based trade association the International Alliance of Dietary/Food Supplement Associations (IADSA), the recommendations are “consistently inconsistent”.

In the EU, for instance, the European Food Safety Authority (EFSA) sets the RDA at 110 mg/day for men and 95 mg for women. However, the UK and India recommend just 40 mg/day for both men and women, while the Indonesian Ministry of Health recommends 60 mg/day for both sexes.

The reason for such differences is the underlying aim: the lower RDAs aim to merely prevent vitamin C deficiency, while higher levels are intended to promote optimal health and minimise disease risk.

“This is surprising, since the scientific data underlying these recommendations are broadly the same,” said IADSA, which recently launched a campaign to raise awareness of the patchwork recommendations. The trade association’s chair, Dr Gerhard Gans, has called for countries to align their daily intake recommendations.

The IADSA campaign comes on the back of a scientific paper published last year, which also highlighted the difference between the lowest and highest vitamin C recommendations. The researchers behind the paper said it would be “prudent” for authorities to reassess their guidelines in order to align them with their national public health goals.

Dr Alexander Michels, research co-ordinator and communications officer at the Linus Pauling Institute of Oregon State University, agreed that global harmonisation would be useful to prevent confusion – particularly in an online age where consumers can access information from different countries.

“If someone is living in a country that provides a recommendation based on avoiding deficiency, they may mistake it for a guideline based on achieving optimal health,” he told Vitafoods Insights. “Also, [harmonisation] would limit the number of people who read online recommendations from mistaking a guideline for a different country with their own – it may cause a person to dismiss the concern because the low guideline is easily reached. In addition, the programmes run in each country that seek to promote public health through nutrition would have proper benchmarks for achieving that goal.”

Adding to this confusion, sometimes a country’s official RDA is at odds with its own target intake for vitamin C – a level of the nutrient that could optimise health.

For instance, Australia and New Zealand have developed a suggested dietary target (SDT) of 220 mg a day for men and 190 mg for women to reduce the risk of chronic disease, despite the fact that both countries have RDAs of 45 mg. China has also adopted a proposed intake of 200 mg a day – double the country’s RDA for vitamin C – to reduce the risk of non-communicable disease, the IADSA campaign highlights.

British Nutrition Foundation: Vitamin C is not a ‘nutrient of concern’ in UK

Helena Gibson-Moore, nutrition scientist at the British Nutrition Foundation (BNF), said that in the UK, vitamin C is not considered a nutrient of concern because national survey data shows that average daily intakes of vitamin C from food are well above the recommended amounts for all groups.

However, she added that people living with obesity may have higher requirements of vitamin C than the general population, and the recommendations may need to be reviewed for this group.

“If people want to make sure they get enough vitamin C they should focus on eating a healthy, balanced diet that contains plenty, and a wide variety, of fruit and vegetables such as citrus fruits like oranges, peppers, strawberries, blackcurrants, broccoli, Brussels sprouts, and potatoes, rather than be too concerned about the different global recommendations,” she said. “Vitamin C supplements are not necessary for most healthy adults, as a varied and balanced diet should provide adequate amounts of nutrients needed for good health.”

According to Michels, from the Linus Pauling Institute, the UK and Indonesian recommendations are “too low” to achieve optimal health. The EU recommendation is better because it recognises that vitamin C levels in the bloodstream are important, while the Indonesian levels are sufficient to minimise urinary excretion but will not maximise blood and cell levels of vitamin C, he said.

“This is because studies have shown vitamin C levels in the blood are maximised at around 200 mg per day. However, these studies were performed on a small group of healthy, young, non-smoking men and women. Intakes of 400 mg of vitamin C per day, therefore, overcome many issues in bioavailability that may come with age, disease, or smoking status,” Michels said.