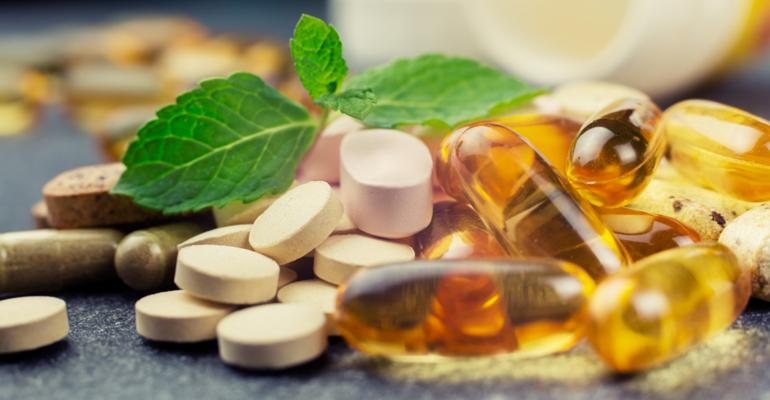 The fresh food which makes up a healthy diet contains variety of nutrients for good health, some of them are essential for human body to function and maintain homeostasis. In general, there are two types of nutrients, macronutrients and micronutrients. Macronutrients include carbohydrates, protein and fat, while micronutrients range from vitamin A, Bs, C, D, E to minerals such as magnesium, iron, calcium as well as essential fatty acids.

In the past, diet was the primary source of these nutrients. Perhaps this was the reason that despite different cultures have different types of food, one thing they all have in common is each of this diet consists of wide variety of foods – to ensure that the body receives enough nutrients it requires. It wasn't until 1912, when Polish-born biochemist Casimir Funk came across ‘mysterious’ compounds he named vital amines, which then shortened to vitamins that the significant health effects of micronutrients began to be understood and studied further.

Vitamin C – although at the time of the discovery was not known by this name, literally helped the British Navy to win the war.

During the Napoleonic wars, all British sailors were issued with lemon juice to prevent the case of scurvy. The inclusion of lemon juice in their diet allowed British ships to remain at sea for longer period. This effect was remarkable because for most of the 18th century, ships could only stay at sea for relatively short periods (six to eight weeks), without the sailors developing scurvy.

As the technology in the field of health and nutrition advances, the source of many of these nutrients are no longer limited to foods but they come in the convenient form of pills, powder and liquid.

There are four types of health supplements commonly known by the general public, namely:

Extracts of herbs which mostly originate from traditional medicine in both Eastern and Western cultures. Some of these herbs have been used extensively throughout generations as both health foods as well as medicine. Gingko biloba, echinacea, St John’s Worts are amongst the most popular and extensively researched herbs for their medicinal properties.

Nutritional oils are full of fatty acids which are the building blocks of our cells, some of them are essential oils. The term ‘essential’ means that our body cannot make these fatty acids and therefore must source it from our intake, through diet or supplementation. Omega 3, 6, 9 or Fish Oil, Evening Primrose Oil and Flax Seed Oil are in this category.

It is a consensus among health and nutrition experts that the first approach towards fulfilling nutritional requirement is through a healthy diet. However, with the fast paced lifestyle and the abundance of processed foods, relying solely on diet to fulfil nutritional needs may not be attainable by some people.

The typical modern diet mainly consists of processed foods, refines grains, refined sugars and lack fresh fruit and vegetables which correlates with a substantial increase in the numbers of degenerative diseases, such as cardiovascular diseases, inflammatory conditions and cancers in the recent years.

The communities of medical and health experts are in agreement that malnutrition and nutrition deficiency are risk factors in a number of noncommunicable and degenerative diseases including diabetes, heart disease, stroke and cancer.

Beside diet, there are genetic dispositions which cause the body to be lack in certain nutrients which put people with these conditions at a higher risk to suffer from nutrient deficiency.

Different stages of life are also a determining factor. Children with poor appetite or strong dislikes towards certain foods may need supplementations such as DHA. Women who are pregnant needs different level of nutrients, namely folate, iron and calcium. Older people are also more likely to have difficulties fulfilling their nutritional needs because one of the consequences of aging is that the body’s ability to process food and absorb nutrients decreases.

Lifestyle is another factor which affects nutritional requirements. People with high stress jobs tend to suffer from health problems related to nutrient deficiency due to poor diet. Smokers are more at risk of cellular damages caused by higher exposure to free radicals and chemicals.

This nutritional gap can be mitigated with nutrition intervention, such as taking health supplements. In Part 2, we investigate how to supplement health the right way.

Why Supplement? The Unexpected Benefits of Natural Products
Aug 11, 2018