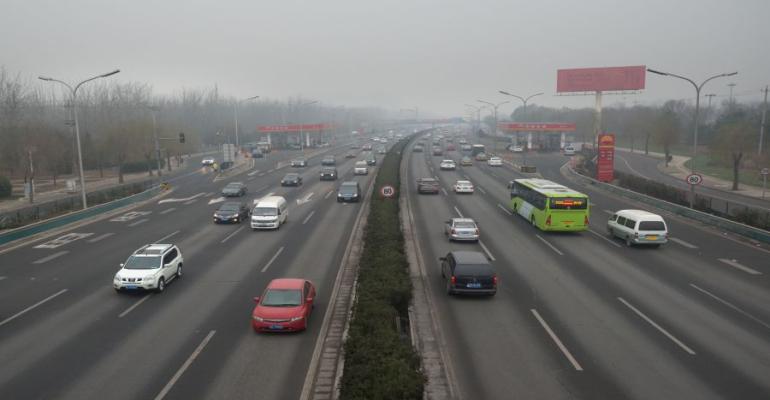 <p>A new study published in The Lancet caused a stir in the European media because it demonstrated that exposure to traffic pollution increased the risk of dementia.</p>

A new study published in The Lancet1 caused a stir in the European media because it demonstrated that exposure to traffic pollution increased the risk of dementia. Based in Ontario, Canada, the study used a large population-based cohort involving 2.2 million adults aged 20 to 85 years. It demonstrated that living less than 50 metres from heavy traffic for at least 5 years was associated with a 12 percent higher incidence of dementia. Those parts of the brain of patients suffering dementia exhibited reduced blood circulation and localised tissue inflammation. Traffic pollution contains tiny particles known as PM2.5 which could contribute to this.

Air pollution is a very complex mixture of primary and secondary gases and particles, and its potential to cause harm can depend on multiple factors, including physical and chemical characteristics of pollutants, which varies with proximity to local emission sources, weather, geography and population susceptibility. It is estimated that around 80 percent of the world population lives in environments that exceed the air quality guideline (AQG) established by World Health Organisation.2 The fine particulate matter (i.e. PM2.5) in traffic and industrial pollution constitutes a distinct environmental risk to human health and wellbeing. Exposure to high concentrations of PM2.5 and other pollutants has been associated with increased rates of cardiovascular and respiratory morbidity and mortality. In some heavily industrialised regions of the world, PM2.5 concentrations are reported to exceed AQG (annual mean of 10 µg/m3) several-fold.

Whilst most municipalities are now making stringent efforts to reduce pollution levels, they are unlikely to achieve the scale of reduction necessary to fully protect the population in the foreseeable future. In fact, there is no safe air pollution level at which adverse health effects are absent—and some individuals appear to be particularly susceptible. Hence, it is desirable to have effective health interventions for those people most at risk. One way of achieving this is to tackle the common inflammatory and oxidative stress pathways caused by a range of gaseous and particulate pollutants.

Over the last decade, several studies3,4 have suggested that health impacts of some air pollutants (i.e., PM2.5) may be modified by individual intake of essential micronutrients (such as vitamins B, C, D and E) and marine-derived long-chain polyunsaturated fatty acids (PUFAs, e.g., the Omega-3 fatty acids eicosapentaenoic acid, EPA, and docosahexaenoic acid, DHA) owing to their antioxidative and anti-inflammatory activities. Such micronutrients have been shown to reduce the PM2.5-induced reduction in heart rate variability and combat oxidative stress.5 The synergistic combination of the marine Omega-3 fatty acids and vitamin E has been cited in a recently published global patent concerning methods of treatment of air-pollution diseases.6

Asthma is often exacerbated by air pollution because it impairs antioxidant defenses and increases oxidative stress. Moreover, some clinical studies have indicated the intake of antioxidants reduces inflammation, lung function and asthma symptoms.7,8,9 In an air-polluted environment, a healthy diet with adequate intake of essential micronutrients may be critical to prevent the development of chronic diseases, particularly cardiovascular and pulmonary diseases.10,11 Increased intake of antioxidants, as well as other anti-inflammatory nutrients, may reduce air-pollution induced oxidative stress and inflammation in chronic inflammatory diseases, thereby providing a useful addition to current disease-management strategies.12,13 The potential public health and socioeconomic benefits of establishing non-pharmacological approaches (e.g., dietary supplementation) to disease management are enormous.

Rob Winwood, Ph.D., C.Sci. FIFST, is the scientific communications manager for Life™ DHA at DSM Nutritional Products Ltd . He was formerly director of scientific affairs at Martek Biosciences prior to the acquisition in February 2011. Specialising in lipid nutrition and chemistry, hydrocolloids and macromolecular fermentation, Winwood has held a series of senior technical and business development positions in various global food ingredient companies. He is currently vice chairman of the lipids committee of the Society of Chemistry for Industry (SCI), a member of many professional organisations, and a speaker and published author.

Dr. Szabolcs Péter, Ph.D., is a scientist at DSM Nutritional Products Ltd. in Switzerland. He obtained his medical and doctoral degrees at Semmelweis University, Budapest. Peter’s doctoral thesis focused on the role of lifestyle in obesity prevention, and much of his study and research has involved obesity, metabolic syndrome and anti-obesity drug development.