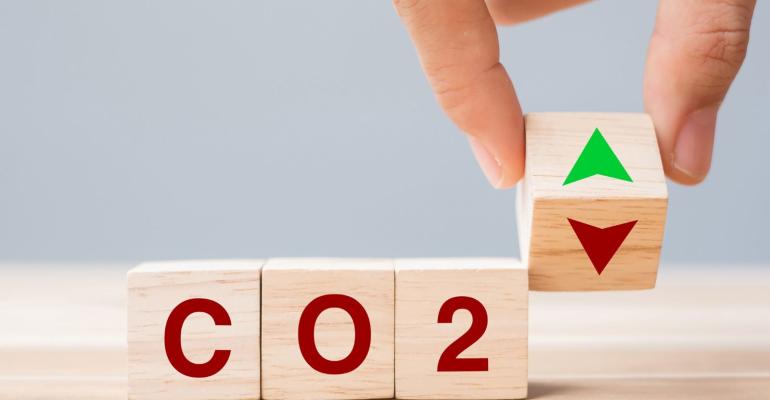 Sustainability is a major concern for consumers and businesses alike – but do carbon-neutral labels make a difference to supplement shoppers?

More manufacturers are seeking to promote their climate credentials, hoping to woo consumers with siren calls of sustainability. But how do these influence spending habits?

Sustainability in the post-pandemic market

Sustainability has proved to be a central concern in the wake of the pandemic, with customers looking to make ethically and environmentally conscious choices, according to market intelligence company Innova Market Insights.

“One of the biggest shifts we are seeing is that the health of the planet is now the top concern of consumers,” said Innova’s director, Lu Ann Williams. “Personal health has been the big concern for the past few years, but consumers now tell us that this has been surpassed by global issues.”

More than two-thirds (67%) of consumers support carbon labelling on products, according to a 2020 survey commissioned by the Carbon Trust. Meanwhile, 64% of the 10,000 respondents – who came from Europe and the US – said they were more likely to think positively of a brand that could show that it had lowered the carbon footprint of its products.

Carbon labelling: How can manufacturers make their eco credentials clear?

The problem is a pressing one across the industry. Scientists from the University of Illinois, who examined data from more than 200 countries, estimated that while food production contributes 35% of total global greenhouse gas emissions, when emissions from food-related disturbances such as burning savannah to clear space for farming are included, that figure increases to 37%.

But how can companies ensure their customers are aware of their carbon credentials? One way is via third-party verification, whereby they undergo an assessment from independent non-profit organisations to assert compliance with PAS-2060, the international standard for carbon neutrality.

One such organisation, Climate Neutral, says its label shows customers that a company has taken “full responsibility for its collective carbon emissions” from the previous year. In 2021, more than 230 brands completed the process of measuring, offsetting and reducing their “cradle-to-customer” greenhouse gas emissions – more than double than the previous year. However, it is up to individual businesses as to how they communicate this to consumers.

Austin Whitman, CEO of Climate Neutral, said: “Labelling space on packaging can be scarce, and we have seen many creative approaches. Some people choose to use our label directly on the product, some on the package and some on the promotional materials.

“Others focus on digital marketing channels and are not as interested in the on-package mark, because most of the marketing and consumer engagement happens through digital channels.”

Do health-conscious consumers care about the planet’s wellbeing as well as their own?

The question of space is pertinent to the supplements sector, where there is usually very limited space for front-of-packet claims. However, as functional foods tend to be targeted towards so-called LOHAS consumers – a group defined by their values, including concern for the planet, holistic health and social conscience – it could be argued that these customers are more likely to be receptive to such certifications, considering their interest in health-promoting products.

DolCas Biotech was recently granted zero-carbon certification for its olive polyphenol extract. The raw material for the product is sourced from the Moroccan desert and formulated in a carbon-neutral facility. Dr Shavon Jackson-Michel, director of medical and scientific affairs for DolCas, told Vitafoods Insights: “We would work with our customers to use the third-party zero-carbon seal on their label, similar to the use of the brand’s already high-regarded organic certification.

“However, in cases where direct labelling may be more precarious, education and promotion of […] third-party credentialling and positive stewardship of the planet should definitely be communicated digitally.”

She referenced a 2021 study from the Journal of Cleaner Production stating that a carbon-neutral label “certifies that all emissions associated with the lifecycle of the [product] were offset and thus that the product has no net impact on climate change”, adding: “Although referencing coffee in this article, the same would hold true for [our polyphenol extract] in the case that it was sold as a standalone ingredient in a formulation, or if part of a multiactive formula where all the ingredients met the same criteria for environmental sustainability.”

She continued: “While historically, consumers have been willing to pay higher prices for trade claims and labels such as Fairtrade and organic, carbon-neutral labelling was identified as positively synergistic, helping to engender the trust and consumer confidence in brands willing to take the initiative and invest in the long-game goal of helping the planet heal.”

“We have seen good evidence of consumer interest and stated willingness to pay for sustainability in general, and climate change in particular.”