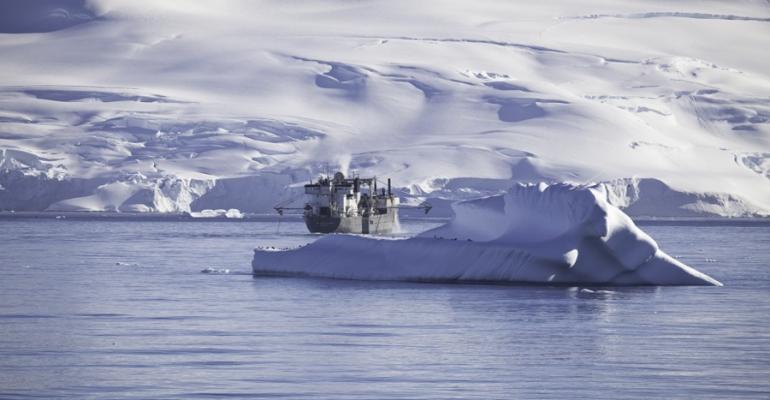 <p style="vertical-align: baseline; margin: 0cm 0cm 15pt; line-height: 200%;">Only 2 percent of the world&rsquo;s food supply and 0.5 percent of nutraceuticals are derived from the oceans. </p>

With a growing world population, it has never been more important to make healthy foods and nutrients available while maintaining the health of our planet’s ecosystems. Antarctic krill is considered one of the most environmentally friendly resources for supplying humankind with marine omega-3s.

While health benefits are a major factor in determining which omega-3 options are best, sustainability and traceability are also key elements for consideration. More and more consumers care deeply about where their product ingredients come from, especially with regard to marine omega-3s.

According to the Marine Stewardship Council (MSC), it is critical for globally traded commodities to state the source of each product. Currently, many consumer product companies ask their suppliers to verify traceability back to sustainable sources. Further, consumers and regulators are increasingly demanding more information about where a product was sourced and its manufacturing conditions.

Krill is one of our planet’s largest biomasses. It represents a vital part of the food chain and plays a very important role in the overall ecosystem. This is why the krill biomass and the ecosystem that depends on it is so closely managed, monitored and regulated.

All Antarctic krill catches are reported to the Commission on the Conservation of Antarctic Marine Living Resources (CCAMLR). CCAMLR uses a precautionary, ecosystem-based approach designed to prevent fishing that will have a negative impact on a harvested species or other species in the ecosystem

The annual quota for Antarctic Krill is set to 1 percent of the total krill biomass, which amounts to 620,000 metric tons. For the 2015 to 2016 season, the recorded krill catch for all vessels harvesting krill was 225,646 tons, which is about 0.3 percent of the total biomass.

In 2016, the Sustainable Fisheries Partnership (SFP) released its annual overview of reduction fisheries (i.e. those that process fish/krill further for meal or oil), and for the second year in a row, krill harvesting in the Antarctic was the only one to earn an ‘A’ rating.

Setting a new benchmark for traceability, Aker BioMarine is the only krill supplier with complete control over its fishing and production process—and every step in between.

Aker BioMarine provides fishing coordinates on every product bottle to show consumers where their krill was harvested. This is the ultimate example of taking consumers to the source of their products. In a world with scarce resources, responsible management of marine resources have never been more important. Going forward, the sea will play an important role in meeting global needs — but only if we utilise it in a manner that supports both a healthy planet and healthy people.