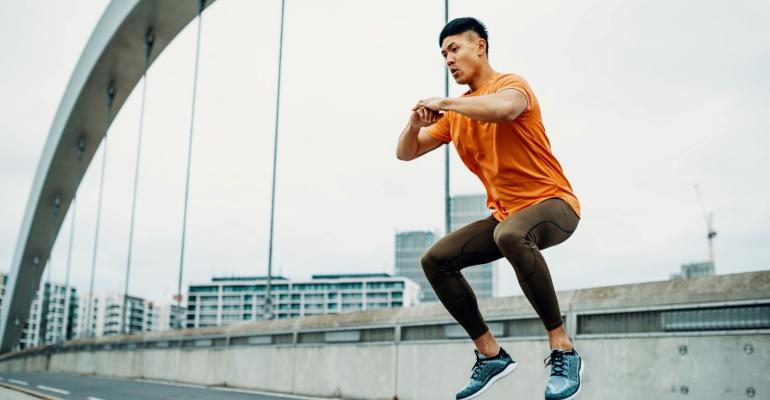 Protein is vital for muscle mass production and muscle protein synthesis, and dietary protein intake aids muscle strength. Further, vitamin D deficiencies are of increased concern globally, including in mainland China, where 20.7% and 63.2% of the general population suffer from low vitamin D (VD) deficiency or insufficiency, respectively.[1] Thus, researchers from Beijing Sport University, Georgia State University and Atlanta University looked at how a supplemental mix of protein and vitamin D3 impacts young, healthy adults undergoing resistance training (RT). They also studied whether consumption before or after bedtime affected the outcome; the results were published in Nutrients (DOI: https://doi.org/10.3390/nu14112289)[2].

In this 8-week randomized, double-blind study, 58 healthy and untrained young male adults in Beijing, China—aged between 18 to 24 years old—were recruited; exclusion criteria included: “(1) healthy male college students with a normal body mass index (BMI); (2) no regular and organized exercise training over the past six months; (3) non-smoking status, no alcohol abuse, and no drug abuse; (4) had not taken any nutritional supplements in the past six months or longer; (5) lack of long-term outdoor activities or not exposing a significant proportion of skin to sunlight during outdoor activities; (6) consuming adequate daily dietary protein (>0.80 g·kg−1 ·d −1 ); and (7) had a serum VD level suggestive of deficiency (serum 25(OH)D concentration < 25 ng/mL).” A total of 45 participants concluded the trial.

The results showed that RT intervention influences body weight, fat mass, total lean tissue mass (LTM), leg LTM, and appendicular LTM’, though these were not statistically significant when comparing groups; fat mass and its percentage lowered in both the AS and BB groups, “and the decrease of fat mass% in the BB group was significantly greater than that of the C group” – researchers added.

When looking at serum 25(OH)D, it remained constant among all the 3 groups for weeks 0 to 2; however, its concentration increased in the AS and BB groups after the 6-week intervention and was found at significantly higher levels at week 8 compared to group C, though between groups AS and BB no differences were noted. When looking at muscle strength, there was increased strength in groups AS and BB compared to C, but no significant differences between AS and BB.

Overall, there were no significant differences in the timing of supplementation consumption – before or after bedtime. Researchers added, “After 6 weeks of RT combined with nutritional intervention, subjects of AS and BB group showed significant gains in muscle mass and strength with beneficial changes of anabolic hormones in the blood, while subjects who only performed the RT program without protein and vitamin D supplementation only obtained improvement in the leg press.”

Researchers concluded: “Consuming 6 weeks of whey protein and vitamin D3 supplements combined with resistance training in healthy young males showed beneficial effects on muscle mass and strength. Consuming protein and VD supplements before bedtime or in the morning resulted in similar benefits without adverse effects on body composition. Our data suggest that undergoing an RT program with a non-nutrient placebo may achieve a moderate elevation in 1 RM muscle strength but without an elevation in muscle mass.