The Science Behind Sports Hydration 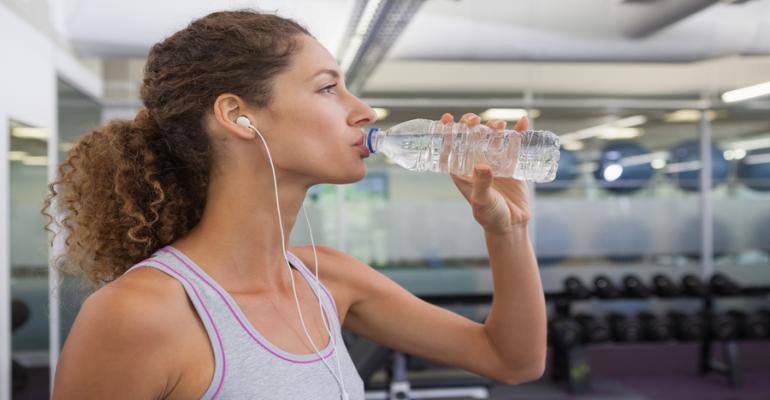 Dehydration is a concern for everyone and a common misconception is that water alone is enough to hydrate the body.

Dehydration is a concern for everyone; during a normal day, the human body loses around two litres of water simply through breathing, sweating, urination and bowel movements. This is amplified during exercise, where the body can lose up to two litres an hour depending on the type of physical activity. A loss of just 2 percent in body weight from dehydration can reduce athletic performance by a staggering 20 percent.

The problem is, when you first notice you’re thirsty, you’re already 2 percent dehydrated. At this point, you begin to develop headaches, feel tired and lose focus. These factors alone contribute to a decrease in performance, and for every litre of fluid lost after this, your core temperature increases, your heart rate rises, the glycogen stored in your muscles is used more rapidly, and lactic acid increases. This only gets worse as you get more dehydrated.

This is of particular concern during physical activity, as you lose more than just water through sweating; the balance of electrolytes is affected, as the body excretes sodium and chloride in sweat.

A common misconception is water alone will be enough to rehydrate the body. In fact, for maximum absorption, a beverage needs to have one molecule of sugar combined with one molecule of sodium to transport the water efficiently into the cells. Known as the sodium glucose co-transport effect, this occurs in the first portion of the small intestine, the duodenum. One molecule of sodium is pulled from the small intestine into the blood vessels by one molecule of glucose, and due to osmotic forces in the body, water is absorbed to balance the salt. Sugar acts as a key to open the cells, salt always follows sugar, and water always follows salt.

When these molecules are balanced correctly, optimum absorption will occur. However, if there is too much sugar in your drink (as is common in sports drinks), the molecular balance is upset in sugar’s favour. As salt follows the sugar, salt and water will be leeched away from the cells they are supposed to be helping and will result in increased gastric emptying.

On the other hand, using a zero-sugar drink or salt tablet means the salt lacks a facilitator into the cells. The salt and water will eventually make their way into the cells but much further down the digestive tract, reducing efficiency.

Osmolality is also the reason rehydrating only with water can prove dangerous. Without salt to draw water into the cells, the blood sodium level is diluted, causing a potentially fatal condition called hyponatremia.

We developed SOS Rehydrate to provide the optimum balance of electrolytes and sugar to hydrate as quickly and efficiently as possible. Based on the guidelines for Oral Rehydration Solutions (ORS) set out by the World Health Organization (WHO), SOS is balanced with research into sweat rates from the American College of Sports Medicine. Dr Blanca Mayo, one of the founders of SOS and a qualified medical doctor, invented the formula that has optimised the ingredients for maximum absorption.

The average person sweats between 550 mg and 725 mg of sodium per hour of exercise, and the sodium in SOS is balanced at close to the mean of that. As chloride is the second electrolyte lost through sweat, it is also included in the formulation. Potassium and citrate are provided to maximize absorption and magnesium was added to compliment the electrolytes and aid recovery. Sugar is kept to a minimum to provide hydration rather than energy.