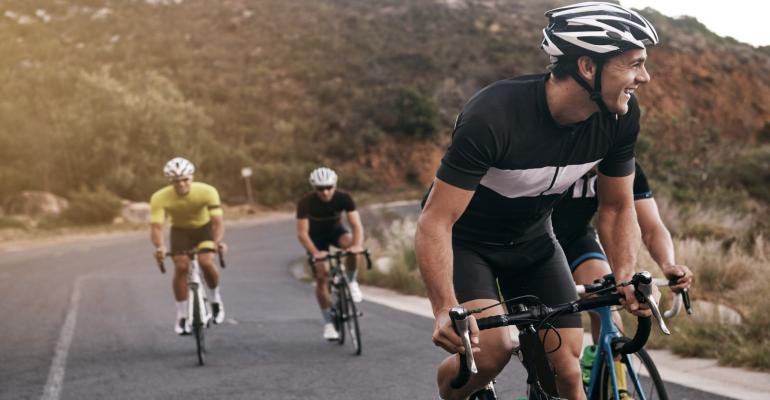 According to research published in The Royal Society of Chemistry (DOI: https://doi.org/10.1039/D0FO03456H), amateur cyclists could gain muscle gain and lose fat by consuming 2S-hesperidin supplementation.

In this eight-week, randomised, double-blind trial, 40 healthy male participants—aged 18 to 55 years old—who cycled for at least three years before the trial for six to 12 hours weekly, were given either 2S-hesperidin (as Cardiose® HTBA (HealthTech BioActives), Murcia, Spain) or placebo (microcellulose) daily for the duration of the trial. During the trial, participants were encouraged to follow their regular training. Up to five days before and during the trial, participants were also advised not to ingest citrus fruits rich in flavonoids such as grapefruit, lemons, and oranges. Participants also visited researchers’ laboratory thrice, once for a medical examination and blood analysis (V1); then, visits 2 and 3 (V2 and V3, respectively) for testing their resting metabolic rate (RMR), densitometry, anthropometry, and urine sample. Participants started to consume their supplementation following V2 testing.

When looking at muscle mass (MM), researchers found total MM (TMM) and MM percentage increased significantly pre- and post- trial in the 2S-hesperidin group; they noted insignificant changes in the placebo group. Further, researchers observed a significant increase in the pre- to post study in carbohydrate oxidation (CHO) and reduction in fat in both groups. Researchers found that 2S-hesperidin metabolites were found at different amounts when analysing participants' urine samples, suggesting that 2S-hesperidin is absorbed differently between participants.

Researchers concluded, “The chronic intake of 500 mg of 2S-hesperidin improves body composition, decreases fat mass and increases muscle mass in AMA without modifying training and diet. These changes in body composition may provide an advantage to endurance athletes in maintaining or improving their physical condition during pre-season and start the season with less fat and more muscle. Besides, 2S-hesperidin appears to prevent an increase in the RER in rest metabolic rate, post intervention. Therefore, 2S-hesperidin is postulated to be a new ergogenic aid oriented to control fat and muscle mass in endurance athletes.”