How to Uncover Potentially Harmful Stimulants in Supplements 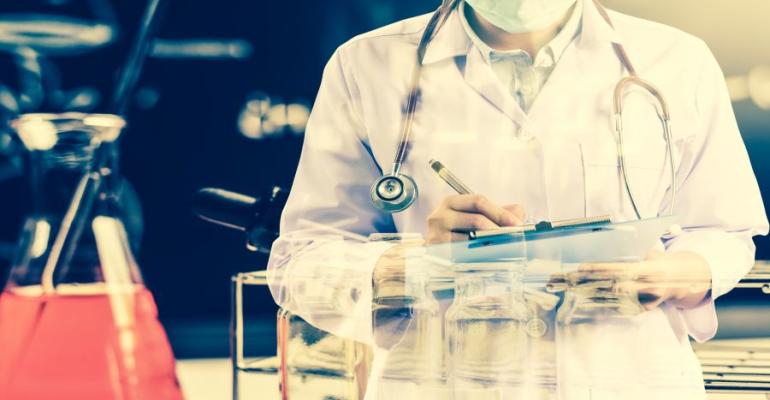 Many supplement manufacturers have been searching for new ingredients that could replace ephedrine since it was banned by the US Food and Drug Administration in 2004 and, subsequently, prohibited or made available by prescription only in Europe. Many supplement makers remain on the hunt for an ingredient that will provide that same ‘ephedrine-like’ stimulant kick in their products. Over the last few years, our research team has identified many unapproved and potentially dangerous replacement stimulants used in dietary supplements, including DEPEA, DMAA, DMBA and oxilofrine. All of these were alleged constituents of orchid, geranium, tea and citrus fruit respectively, although there isn’t great evidence to support those claims.

As researchers following the supplement industry closely, we were vigilantly watching bodybuilding and workout blogs when we learned a new ingredient, 2-aminoisoheptane, had arrived on the scene. None of us were familiar with this compound and we could find no evidence 2-aminoisoheptane could be considered a legitimate dietary ingredient derived from plants. Based on its name, we suspected this substance was an alkylamine, possibly related to DMAA and DMBA. 2-aminoisoheptane also had another interesting connection to DMAA and DMBA; all these compounds were discussed in studies of pressor amines originally published by Lilly Research Laboratories in the late 1940s.

We decided to purchase products that listed 2-aminoisoheptane, DMHA, 2-amino-6-methylheptane or Aconitum kusnezoffii as ingredients and tested them to determine what those products actually contained. We were astonished by the results. Of the six products we tested, only one contained the labelled ingredient. This piqued our curiosity. What was actually in these products? A little more investigative analysis uncovered that DMBA was in one product, DMAA was in two other products and another substance, 1,4-DMAA which is related to both DMBA and DMAA, was in three products. However, DMBA, DMAA and 1,4-DMAA were not disclosed on the product labels. Our research was published in the peer-reviewed journal Clinical Toxicology in November.

Usually, I ‘target’ what I am searching for, purchase a reference standard, and then go find it. In this case, I had to deviate from that process. In targeted analysis, I use ultra-high performance chromatography (UHPLC) coupled with tandem mass spectrometry to detect and measure compounds.  The investigative analysis was really interesting in that I used a different technique to capture much information and then sift out the interesting features. I still used UHPLC, but coupled that to a high resolution/accurate mass, mass spectrometer (HRAM-MS). This instrumentation is capable of measuring a compound’s mass with a high degree of accuracy and discriminate it from others close in mass. For example, testosterone has a molecular formula of C19H28O2, which corresponds to an exact mass of 288.2089. Desoxymethyltestosterone has a molecular formula of C20H32O and a corresponding exact mass of 288.2453. The HRAM-MS has the selectivity to distinguish between those two, and provide an accurate mass measurement for each.

I analysed all the products using the UHPLC-HRAM-MS instrument and sifted out their interesting features. First, I eliminated the features that corresponded to the labelled ingredients. Then I worked on identifying the most intense features in a descending fashion. It was in this way that I uncovered the presence of the unlabelled ingredients. I still had to use the targeted method with a reference standard to confirm their presence and quantity. This last step is very important, and often omitted in published research.

While the vast majority of manufacturers are committed to quality and safety, a small number of manufacturers continue to develop and market products that contain potentially harmful ingredients. This presents a great opportunity for reputable companies that want to showcase their products’ quality and safety. Independent third-party certification of dietary and sports supplements helps supplement makers differentiate their products in the marketplace. When consumers see the NSF International certification mark on a package, they can be sure those vitamins and supplements have been independently tested for harmful levels of specific contaminants like lead and arsenic. NSF certification also means the product has been tested to be sure the ingredients listed on the package are actually in the product.