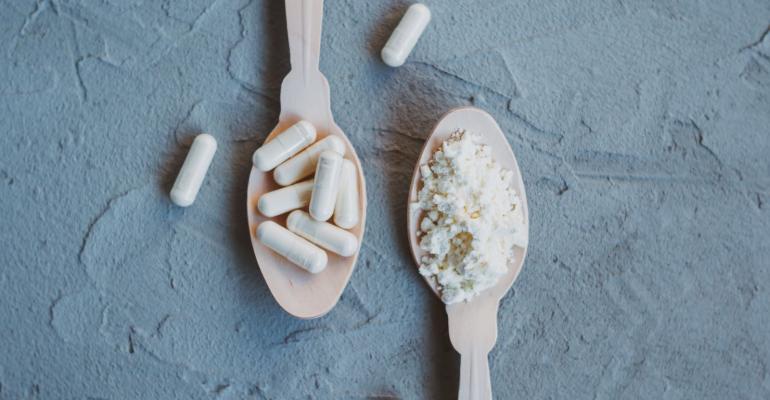 According to a recent study published in Pharmaceutics (DOI: https://doi.org/10.3390/pharmaceutics13091517), using a controlled-release powder blend shows 100% higher bioavailability of beta-alanine in comparison to a sustained-release tablet formulation.

Beta-alanine has become a popular sports supplement due to its ability to improve physical performance including endurance, speed, and recovery time. Connections to healthy ageing have also been discovered, with beta-alanine consumption showing benefits for various organ groups and functions which help preserve muscle mass, improve brain and cardiac function, and provide aid to retard bone and ligament deterioration.

Beta-alanine supplements are designed based on formulator and consumer personal preferences. For athletes, the trend is to consume beta-alanine in powder form alongside a water-based beverage for immediate absorption. However, sustained-release tablets are preferred by consumers who want to experience less paresthesia—a tingling sensation experienced with high doses of beta-alanine, or around 2.4 grams.

The study concluded that the controlled-release powder formulation produced a 2.1-fold bioavailability increase compared to the sustained-release tablet formulation. This indicates that twice the amount of beta-alanine reaches systemic circulation when in powder form, which could provide a greater physiological effect when consuming identical doses. These controlled-release powder systems avoid multiple tablet supplementation and allow bespoke dosing based on anthropometrical factors thereby leading to optimal consumption to obtain higher performance outcomes in less time. This creates opportunities to shift from chronic to short or mid-term beta-alanine supplementation strategies thereby enhancing carnosine levels and consumption efficiency. Additionally, paresthesia intensity was not found to be dose dependent. Instead, the article suggests that underlying factors such as inter-individual characteristics and tolerance play a more critical role. While most participants experienced paresthesia, participants in the controlled-release powder group were more affected by it.

Intake of beta-alanine combines in the body with free L-histidine to create carnosine; however, the maximum capacity of muscle to store carnosine is still unknown. This indicates that high daily doses of beta-alanine resulting in higher carnosine stores over time show no sign of a ceiling effect. Unfortunately, these high doses can result in paresthesia which limits the maximum tolerable consumption inhibiting potential health benefits. Sustained-release tablets of beta-alanine were the only way to solve this problem by increasing dosage without enhancing paresthesia intensity, something powders were unable to achieve due to their fast absorption. However, there is ongoing development to produce sustained-release powders which mitigate these issues. Mark LeDoux, the chairman and CEO for Natural Alternatives International (NAI), commented on the issue, saying, “We are currently working on powdered forms of the sustained release material and should have this available shortly for the industry to deploy in meal replacement formats or even in prepared or packaged foods”. These industry developments have the potential to optimise the health benefits of beta-alanine for consumers while simultaneously mitigating the effects of paresthesia.