HomeIngredientsSpecialityGlutathione's Role in Supporting Immune Health
Recent
Happening Now
Addressing mental wellness and the long effects of COVID
May 17, 2022
Nourish the skin for longer-lasting youth
May 17, 2022
Vitafoods Europe 2022: Top Takeaways - video
May 16, 2022
Variety of protein sources may lower hypertension risk
May 16, 2022
Recent
Feeding a growing global population with alternative proteins
May 13, 2022
Alternative proteins market growth and opportunities — podcast
May 12, 2022
Good mood food: Which ingredients are best for improving mood?
May 12, 2022
Personalised nutrition: The role of acquisition for business growth — podcast
May 11, 2022 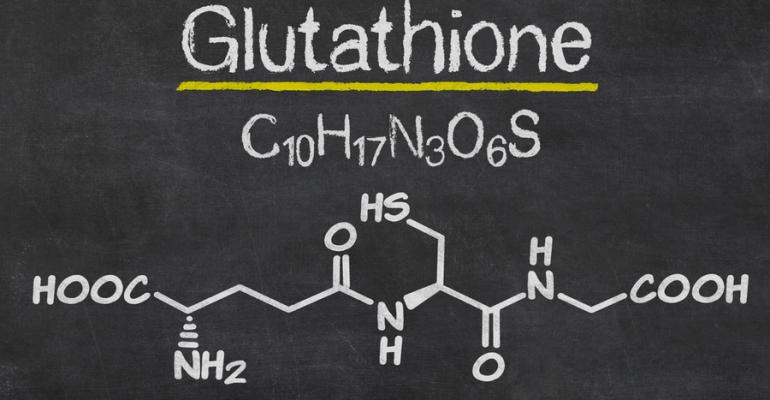 Glutathione is a detoxifying agent produced in the cytoplasm, known for its immune supporting and antioxidating properties.

Glutathione is a detoxifying agent produced in the cytoplasm, known for its immune supporting and antioxidating properties. It is critical in preserving cellular integrity because every single cell needs glutathione to maintain healthy structure and function. Endogenously produced and utilised, the human body maintain proper levels of glutathione by eating a healthy diet high in fruits, vegetables and lean protein.

Glutathione is a tripeptide of three amino acids: glutamic acid, cysteine and glycine. It exists in at least four different forms within the human body— reduced, oxidised, disulphide cysteine-containing, protein-bound.

An individual’s entire glutathione store turns over and fluctuates daily as the tripeptide is utilised and re-synthesised. To help maintain glutathione, adequate amounts should be acquired from the diet, but if consumers are not regularly eating high amounts of fruits and vegetables every day, their glutathione stores may likely be low to begin with. There is a wide variety of common conditions that deplete glutathione, so most adults could benefit from increasing glutathione consumption, either through diet, supplementation or both.

Setria® Glutathione is a branded form of reduced glutathione, clinically shown to increase levels within the body. A recent long-term, randomised, double-blind, placebo-controlled human clinical trial, published in the European Journal of Nutrition, looked at the relationship between enhanced GSH dosages to quantifiable levels of markers of immune and overall health in 54 healthy adults. The placebo-controlled trial used 250 mg Setria glutathione and 1,000 mg Setria glutathione for comparison.