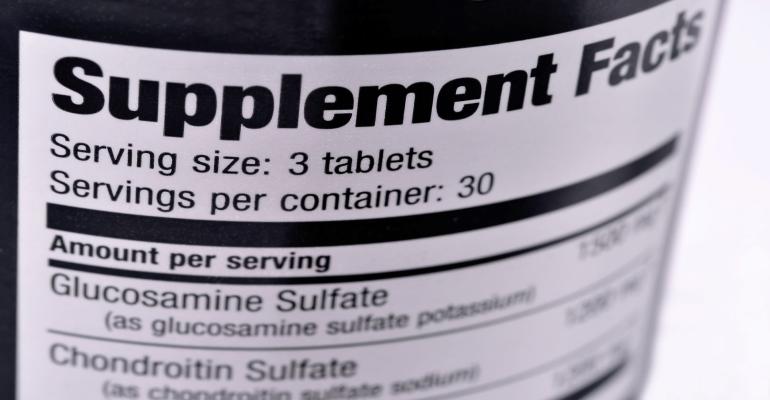 Glucosamine/chondroitin supplements are widely consumed for their benefits for joint health; however, data from a national U.S. study suggests consumption may have the added bonus of reducing all-cause mortality and cardiovascular-related death (J Am Board Fam Med. DOI: 10.3122/jabfm.2020.06.200110).

Researchers Dana King and Jun Xiang from West Virginia University (WVU) assessed data from the National Health and Nutrition Examination Survey (NHANES) from 1999 to 2010, and merged data with 2015 mortality figures for participants. After controlling for factors including age, sex, smoking status and activity, they reported that daily supplementation with a combination of glucosamine and chondroitin was associated with a 39% reduction in all-cause mortality and a 65% reduction in cardiovascular-related deaths.

Out of the original study sample of 16,686 participants, only 658 (3.94%) were regular users of glucosamine/chondroitin supplements. These users tended to be older, white, have a high school or higher education, were non-smokers, and exercised regularly. In the study review, the researchers noted, “Controlling for age, race, sex, education and exercise can partially but perhaps not completely take the ‘healthy people’ factor into account.”

King himself takes glucosamine/chondroitin, and commented in a WVU release about the results: “Does this mean that if you get off work at five o'clock one day, you should just skip the gym, take a glucosamine pill and go home instead? That's not what we suggest. Keep exercising, but the thought that taking a pill would also be beneficial is intriguing. … In my view, it's important that people know about this, so they can discuss the findings with their doctor and make an informed choice.”

Alternative proteins: from quality to consumer perception — Video
May 19, 2022