Peptide uptake in some plant-based proteins is lower than meat 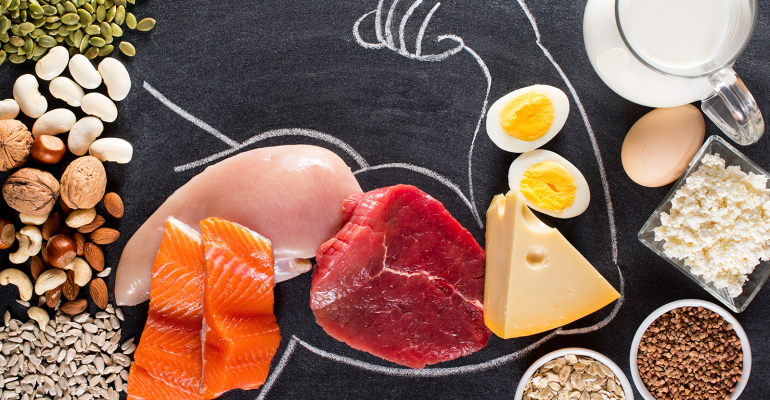 Peptides in a plant-based alternative made from wheat and soy are fewer in number and not as efficiently absorbed by human cells as chicken protein, according to an in vitro study.

Although plant-based proteins enjoy a health halo, they may not be as healthy as the meat products they seek to replicate, particularly in terms of protein peptide absorption and digestibility, as well as essential amino acid content.

The protein alternative had a texture similar to chicken thanks to the presence of aligned protein fibrils ranging from the nanometre to micrometre range. However, when comparing the protein absorption rate, the researchers found it did not perform as well as the chicken sample.

To replicate the real-life consumption and digestive conditions in the mouth and stomach, the scientists cooked the plant-based alternative, then ground it down mechanically, and added a digestive enzyme.

After this simulated digestion, the soluble peptides in the meat alternative had a higher molecular weight and higher hydrophobicity compared to the chicken, and exhibited less permeability across human cells, according to the scientists, who published the study in the American Chemical Society’s Journal of Agricultural and Food Chemistry.

Using liquid chromatography with tandem mass spectrometry (LC−MS/MS), the researchers, led by Dr Da Chen, identified more than 110 peptides in the plant protein sample and nearly 50% of these were still present after digestion, suggesting that they were “resistant” to absorption.

The chicken sample, on the other hand, contained significantly more peptides – over 500 – and only around 15% were still present after digestion, indicating they had been more readily absorbed.

After four hours of incubation, the plant protein sample also contained a smaller concentration of essential amino acids – around 300 micromoles per millilitre (μmol/mL) – compared to the chicken breast, which had around 430 μmol/mL. 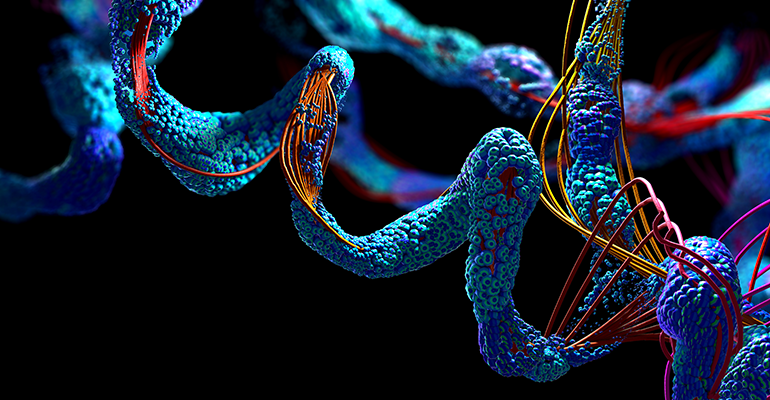 According to Chen, research into improving the peptide uptake from plant-based meats is ongoing.

“…[T]he meat analogue made in our work may not represent all the meat analogues. For those with different formulations and processing conditions, the peptides uptake could be different,” he said.

Chen told Vitafoods Insights that different processing methods, other than HME, may help improve the bioavailability of plant proteins.

“It depends on the conditions used. If the conditions used […] make the protein structure more open, that exposes more accessible sites to digestive enzymes, [and] the bioavailability of plant proteins could be improved,” he said.

Further research is also needed to determine how other plant protein sources are absorbed by human cells, Chen added.

“Pea and lupin proteins have different amino acid composition and digestibility compared to those of soy and wheat proteins. Their absorption by human cells requires further study,” he said, adding that the team is considering conducting in vivo studies to test protein absorption in humans, but this will depend on funding and availability of volunteers.

How important is protein quality for most sports nutrition consumers?

As consumers look for alternative sources of protein for both health and sustainability reasons, the food and nutrition industries are turning to novel sources that can match the nutritional profile of meat.

While a growing number of shoppers closely scrutinise ingredient lists and nutrition information, the essential amino acid content and protein absorption rates are likely to be of significant interest to high-level athletes, rather than mainstream consumers.

According to market research company FMCG Gurus, most mainstream sports nutrition purchasers want to see healthier alternatives to traditional sugar-laden snacks, such as high-protein snacks, but they are more concerned with the sensory attributes of these alternatives.

FMCG Gurus found that 37% of global consumers who purchase sports nutrition products are concerned about the aftertaste of high-protein snacks, for instance.

“It must be remembered that for everyday consumers, they will be less concerned about issues such as the volume, source, or quality of protein in products,” note FMCG Gurus analysts. “Instead, consumers want products that offer a convenient health boost that they can incorporate into their daily diets, whilst not eliminating sensory appeal.”