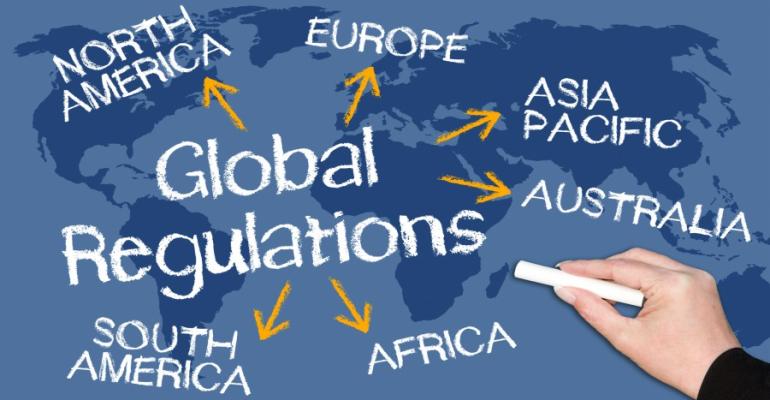 The monthly regulation update for the global nutraceutical and functional food industry.

Following responsible and sustainable fishing, the European Commission is set to increase fishing quotas for 2018 for Central Herring, Spat, and Main Basin Salmon while quotas for Western Baltic Cod will remain the same. The EC noted Western Baltic Cod stock is ‘still below the threshold of biologically safe limits’ and therefore ‘considers it necessary to maintain existing measures to ensure young cod can reproduce and help rebuild the stock’.

Adding to its origin labelling for dairy products, pasta and rice, Italy has announced plans to introduce mandatory origin labelling for tomato-based products, in a move intended to counter growing competition from imports of Chinese tomato puree. Controversially, Italy ignored European Union rules requiring Member States to notify the Commission of any planned national legislation, meaning it is likely to be inadmissible. Meanwhile, Spain has introduced mandatory country of origin labelling for milk and milk-based products even though the European Dairy Association has strongly opposed origin labelling across the EU, arguing it will hinder trade in the single market. In other labelling news, the European Commission has called on the United Kingdom to recognise geographical indications after Brexit to guarantee the protected status of food products. Around 1,400 foods are currently protected under the EU’s Protected Designation of Origin (PDO), Protected Geographical Indication (PDI) and Traditional Specialities Guaranteed labels, and the EC wants the UK to recognise and uphold these following its departure from the European Union.

The Comprehensive Economic Trade Agreement between Canada and the European Union has entered into force, removing 99 percent of all customs duties on goods, protecting geographical indications for European products, and opening further trade opportunities between Europe and Canada, the ninth largest export market for European food and drink manufacturers.

APAC authorities issue warnings over sports supplements’ role in athletic doping, an area of increasing concern in APAC countries, including Japan, India and Australia. The Australian Sports Anti-Doping Authority issued a warning about Higenamine, a Beta-2 Agonist, found in popular supplements, while the Japanese Anti-Doping Agency identified Anavite’s mineral and multivitamin formulas as potentially responsible for a failed doping test at the National Sports Festival of Japan.

The China National Food Industry Association has published a new standard providing a definition of ‘colouring foods’ with strict criteria meaning colourings can only be produced from ‘natural and edible raw materials’, and extracted only ‘through physical processes’—the isolation of pigments through organic solvent extraction is not allowed.

The Punjab Food Authority (PFA) has issued a blanket ban on marketing and free samples of infant formula in hospitals in Pakistan, stating ‘nutrition of children is our first priority… [and] we will not let any company play with the future of our generations’. The PFA will also decide infant formula standard and ingredients to be approved by its Scientific Panel.

The Saudi Food and Drugs Authority has launched a healthy eating initiative to combat the obesity epidemic in a population of which 70 percent is overweight or obese. It will publish permitted levels for added sugar, salt and saturated fat in processed food, focus on fortifying products with vitamins and minerals and reduce the use of hydrogenated fats in the food industry.

Food exports between the UAE and Malaysia are set to increase after the Malaysia Department of Islamic Development gave the Emirates Authority for Standardisation and Metrology official recognition of its UAE Halal Products Control System. To get a halal certificate, food must be guaranteed by qualified Islamic scholars. More than 100 companies from 49 countries now subscribe to UAE halal accreditation, as global halal sales are set to reach over $200 billion.