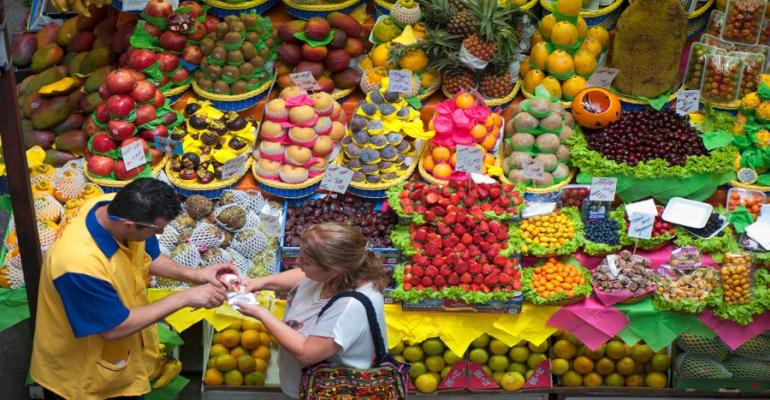 New and unusual exotic fruits introduced into the European Union will be much more common as a result of the revised Novel Foods Directive for Traditional Foods (EC Regulation No. 2015/2283).

New and unusual exotic fruits introduced into the European Union will be much more common as a result of the revised Novel Foods Directive for Traditional Foods (EC Regulation No. 2015/2283). A Novel Food is ‘any food that was not used for human consumption to a significant degree within the EU before 15 May 1997. Dr John Wilkinson, who spoke to Vitafoods Insights with his research partner, Kesia Trench, says this is a very exciting development as the Directive unintentionally created a trade barrier when it came into force in 1997.

After this point, the Directive required extensive testing on each new botanical to the European market and a correctly compiled dossier—the average cost of this dossier, according to Dr Wilkinson, was €7 million. Dr Wilkinson explains that this cost became prohibitive, as companies who compiled dossiers could not exclusively benefit from the right to import—once a botanical earnt Novel Food status, anyone could import it. As such, there have been scant few new and exotic fruits introduced into the EU for the last 20 years. With over 100,000 edible plants in the world, the EU is eating a tiny amount.

The Directive had noble intentions; it was introduced to ensure the safety of the botanicals available for human consumption in the European Union, but the work required to introduce a new product had a prohibitive effect. This is compounded by the particularly complex mess in which the botanicals market currently finds itself in the EU when it comes to claims regulation: the assessment of submitted health claims for botanicals is still pending in the EU, which has led to a current backlog of more than 2,000 claims regarding potential health benefits. Europe’s providers of botanicals are in deadlock; whether they want to introduce a botanical for taste, texture, health benefit, or otherwise, the regulatory environment hinders.

Dr Wilkinson has been researching a potential solution, involving traditional use. He reasons if the local people have been eating a botanical for decades with no recorded adverse health effects, the botanical must be safe for human consumption. He explains long-standing use hadn’t been considered previously and if products like carrots, which contain trace amounts of neurotoxins, were tested as rigorously now as Novel Foods are, they would likely be removed from our supermarket shelves.

Dr Wilkinson and Kesia travelled to Brazil to identify new botanicals that could be viably introduced to the European Union; already sold commercially in Brazil, with long-standing and established use, and no recorded adverse health effects. They found ten fruits which could be introduced and used in soft drinks in the EU—the tip of the iceberg for the thousands of new exotic botanicals that could be available in the future.

Dr Wilkinson and Kesia Trench explain their findings and ideas further in their podcast with Vitafoods Insights, EU Novel Foods and New Brazilian Fruits, and you can learn more about botanicals in the March edition of our Digital Magazine, The Increasing Complexity of Simple Plant Life.