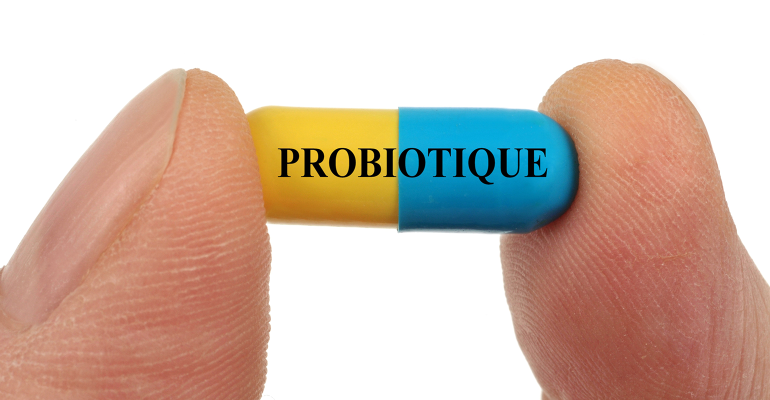 French authorities have authorised the term “probiotic” on food supplements, a decision described by experts as “an important regulatory event for probiotics in Europe”.

Last week, France's General Directorate for Competition, Consumer Affairs and Fraud Prevention (DGCCRF), part of the Ministry of the Economy, informed the National Union of Food Supplements, SYNADIET, that it had authorised use of the term “probiotic” on food supplements.

The approved definition of probiotics is: “Living microorganisms, which, when consumed in adequate quantities, have a beneficial effect on the health of the host by contributing to the balance of the intestinal flora.”

The authorisation limits the use of claims on product labelling and marketing communications to the effect of probiotics on the balance of intestinal flora. Some flexibility is allowed – brands may use wording that is considered equivalent, such as “contributing to the maintenance of intestinal flora” – but they may not claim to increase or reinforce the gut flora.

Probiotics used must also have a history of safe use, provide a minimum of 107 to 109 live cells of a strain per day, and strains must be well characterised. They must not fall within the scope of the novel food regulation.

‘An important regulatory event for probiotics in Europe’

French regulators had already been showing a degree of flexibility regarding use of the term on products but this announcement brings clarity for the industry.

Sandwalk BioVentures, a Madrid-based consultancy that supports life sciences companies and investors, said the announcement was “yet another important regulatory event for probiotics in Europe”.

It called for EU-wide regulation regarding the type of products for which the term may be used, as well as a minimum number of colony-forming units (CFUs) per day and associated claims.

Luca Bucchini, managing director of scientific and regulatory affairs consultancy Hylobates Consulting, said the position of the DGCCRF on the term probiotic was “very welcome” and that the conditions of use were reasonable. “Different conditions would have further complicated the issue,” he added.

The French announcement brings an increasing degree of alignment to the European Union’s fragmented landscape for probiotics.

Italy was the first country to allow use of the term probiotic on food supplements. In 2012, the Ufficio IV – the Ministry of Health body responsible for food supplements – suggested that, since the European Food Safety Authority’s (EFSA’s) assessment was that balance of the microflora was not a health effect, probiotics could be regulated under other provisions with specific conditions of use. This position isolated Italian regulators and saw them heavily criticised, said Bucchini.

Since then, however, a growing number of EU countries have adopted the Italian approach: today, Spain, Denmark, the Czech Republic, and the Netherlands are now tolerating or regulating the term under some conditions.

‘A domino effect’ across the EU

According to the Rome-based consultant and legal expert, it seems that “a domino effect” is under way throughout Europe, with the UK likely to be next. Similar discussions are currently taking place there.

The position of the EU’s biggest economy, Germany, however, is likely to become a sticking point that could block harmonisation at a pan-EU level.

“It would be great for the Commission to look at this again, but there needs to be a shift coming from Germany as well, which does not seem in sight,” Bucchini said. “Germans have a case law to support the view that probiotic needs to be considered a health claim only [...] though it is going to be isolated in this regard.

“I can't see a development at the EU level, however, which is really a pity, because probiotics would need authorised health claims to really come full circle.”

He added: “Overall, I think we need to celebrate, congratulate with the French authorities and industry which has worked hard on this, and keep asking the Commission to have a new look at this.”

IPA: ‘A massive step in the right direction’

“Let us not forget this challenge goes back many years, even decades, and now we are seeing countries follow suit in the allowing of use of the word probiotic on labels. Very few have given authorisation to use a claim provided it meets the definition and criteria of use, so we are happy and welcome this news.”

Paraskevakos said he also expected to see a domino effect slowly taking place but added that IPA member companies should all move in unison.

“Within Europe, as in the rest of the world, we continue to see the divergence which exists in the form of labelling, claims, no claims, different CFU allowed, and so on,” he added. “Hence, this places further significance to the work we, IPA, are conducting at the global level in Codex with Argentina, Malaysia and other members, [regarding] our proposal to one day see harmonised regulations for probiotics. In the end, this a marathon and not a sprint.”

Some stakeholders queried why the French authorities decided to opt for the term intestinal flora when the term microbiota is, today, more commonly used. According to Bucchini, however, the choice of wording was appropriate.