Brexit: What are the Consequences for the Nutraceutical Sector? 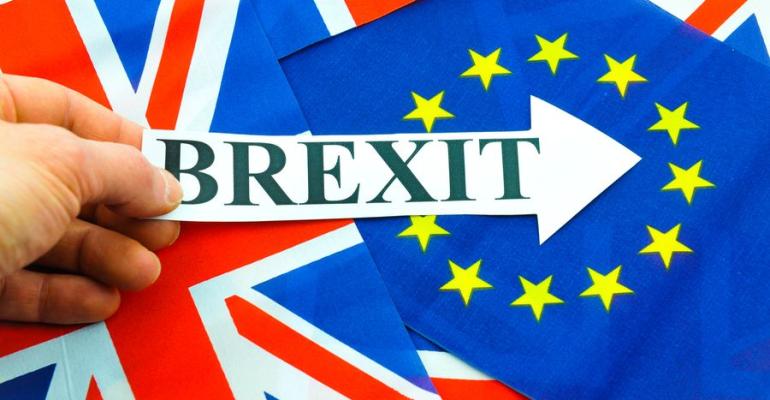 <p>In the short time since the United Kingdom voted to leave the European Union, sectors such as food and nutraceuticals have begun investigating the potential consequences for their services and products.</p>

Shock and awe: they did it! In the short time since the United Kingdom voted to leave the European Union, many sectors have begun investigating the consequences thereof for the services and products concerned. The more a sector was regulated at an EU level, the more severe those consequences look to be.

If any sector has been highly regulated at an EU level, it is the food sector. The BSE crisis in the ’90s gave rise to the General Food Law Regulation in 2002, which has been the basis for a considerable corpus of rules relevant for the nutraceutical sector. These rules include the Food Supplements Directive (2002) as well as the Regulation on Fortified Foods and the Claims Regulation (both from 2006), as well as the Food Information to Consumers Regulation (2011) and the Regulation on Foods for Special Groups (2013) to name just a handful.

What’s Going to Happen Next?

Allthough it is difficult to imagine that years of laws and case law can be cast off by a vote, strictly speaking, the European Regulations will cease to apply in the United Kingdom once it no longer forms a part of the EU. Also, there will no longer be an imperative to implement European Directives into English national law. Access for European nutraceuticals to the UK market and access for English nutraceuticals on the EU market will therefore depend on the instruments replacing the common European framework.

What Are the Options?

• The UK could reach an agreement similar to the one the EU has with Norway or Iceland. In that case, the impact in the field of nutraceuticals would be fairly limited; the UK would form part of the European Economic Area and, to a large extent, be bound by EU legislation.

• If the relationship were shaped after the one between the EU and Switzerland, the implications could be more significant, as EU food law would not be generally applied in the UK.

• The gap between the current and future situation would be even greater if the relationship were similar to the one the EU has with the United States under the World Trade Organization (WTO), as for each specific sector, specific agreements would need to be negotiated.

The Trigger and the Transition Period

In order to move to the next stage, the UK will have to inform the European Council of its decision that it intends to withdraw from the European Union, based on article 50 of the Lisbon Treaty. So far, the UK seems to be divided on the question of when this process has to be initiated. Some (Europeans) speculate it may not be initiated at all. However, once the Council has received notice from the UK, an agreement setting out the arrangements for withdrawal should be negotiated within two years. During this transition period, the EU regulatory framework for nutraceuticals shall—in principle—remain in force. However, it can be expected that food business operators shall anticipate the shift in the regulatory landscape. The UK may become less attractive to trade nutraceuticals due to the uncertainty of the applicable regulatory framework.

For those food business operators distributing nutraceuticals under license in the licensed territory of the EU, it is mandatory to clarify whether that territory still includes the EU after Brexit becomes effective. This will not only depend on the wording of the agreement, but also on the trademark backing the license. If this is, for instance, an EU trademark (former Community Trademark), this will no longer be valid in the UK in the future. Moreover, if the validity of this EU mark were mainly based on genuine use in the UK, the validity of the entire trademark could be at stake.

The majority of the British people do not seem to have done a favor to the nutraceuticals industry, to put it mildly. In order for English nutraceuticals to access the EU market, these products will have to meet the EU standards anyway. For European nutraceuticals to be marketed on the British market, however, it cannot yet be predicted with which rules they need to comply. It does not seem to be realistic that the UK will opt for the Norwegian model, as it deliberately moved away from the EU and—presumably—from the EU regulatory framework. It is also hard to conceive that the UK, being such an important trade partner of the EU, will be placed in the same position as the United States under the WTO. The Swiss model remains a most likely option for the trade agreements to be negotiated between the EU and the UK. That said, it all remains to be seen.

Karin Verzijden is an attorney at law with Axon Lawyers, a life sciences boutique firm, operating at the intersection of law and innovation. She is an intellectual property (IP) specialist and has broad experience with a range of IP-related commercial contracts. Verzijden has specialist knowledge regarding nutrition and health claims and Novel Foods. She assists FBOs in all their needs regarding the marketing of innovative food products. This implies the conclusion of research and development (R&D) and licensing deals inter alia and strategic advice regarding market access, depending on the qualification of the product involved. At the blog foodhealthlegal.com, Verzijden reports legal and regulatory developments regarding food products. She initiated, in cooperation with Lexxion, the Spring/Autumn College on EU Food Law and teaches Intellectual Property in the Life Sciences at the Vrije Universiteit of Amsterdam. Verzijden’s memberships include the Licensing Executives Society and Food Valley NL.

Probiotics in the EU: Regulation challenges and opportunities
Sep 30, 2022

Navigating the novel food regulation: One expert’s advice for getting your dossier approved - Interview
Sep 23, 2022