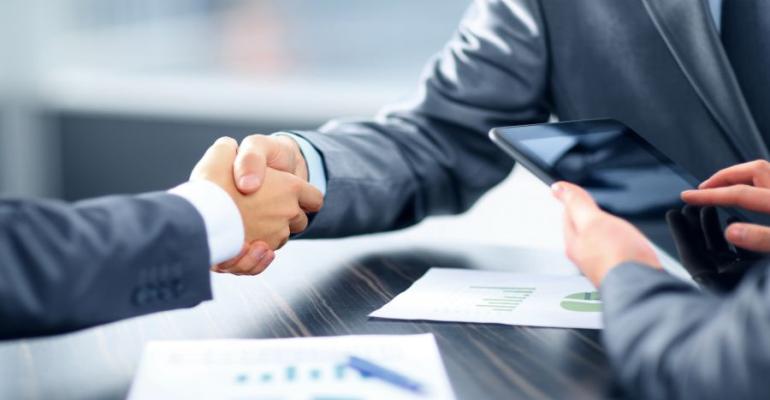 The Vitafoods Venture Den is an annual staple on the Vitafoods Centre Stage: an informal, fast-paced business pitch competition, which gives nutrition and health and wellness start-ups the opportunity to pitch to investors.

The Vitafoods Venture Den is an annual staple on the Vitafoods Centre Stage: an informal, fast-paced business pitch competition, which gives nutrition and health and wellness start-ups the opportunity to pitch to investors. Professionally-screened companies compete at the Nutrition Capital Network (NCN) European Investor Meeting the day before and three final contenders present on the Venture Den in a bid to win a prize package valued at €75,000.

Investor Meetings are NCN’s best effort to aggregate the highest quality deal flow of investment and partnering opportunities in nutrition science. Natural health and ingredient development companies present for ten minutes so the audience of investors can get a good feeling not just for the company and its business proposition or the basis of its science or intellectual property, but also for the entrepreneur behind the company.

The calibre of presenters at this year’s NCN Europe was very impressive in the depth and investment they had made in their science, and the efforts they’d put into preparing their specific compounds or formulae into commercially viable business propositions with the health claims or clinical studies the ultimate consumer would need for product safety. The jump from basic research to applied science and produce development to finally commercialising a marketable product or ingredient with a verified claim is a many step process; we see companies at every stage across this continuum but each succeeding year they seem to realise they need to be more developed along this path to have more immediate appeal to investors.

The Venture Den sees three selected finalists from the NCN Investor Meeting compete in front of the Vitafoods audience with a shorter pitch, followed by an open Q&A session that can get quite lively! The judges then debate the merits of each presenter and their response to each question and decide the winner.

Making a great investment pitch naturally requires a good business model and a unique value proposition that matches market trends and unmet demands in the consumer market, but it also requires a certain flair and pizzazz… especially when you are competing on an open stage in front of a live audience! When pitching, brevity is important and a succinct summary of the company, its product and its target consumer is key. Many scientists need to resist the temptation to delve too deeply into esoteric scientific jargon that only slows the generation of that initial interest that leads to investment.

While an engaging presentation is important, the judges generally decide the winner based on their feel for the prospects of return on investment. This was the case for the 2017 Venture Den, where Edward Lee, spokesman for the judging team, directly stated while competition was very close between the three finalists, Your Superfoods was chosen because they believed it had the strongest position to represent a significant return on investment in a reasonable time frame.

For companies presenting at our Investor Meetings, the Meeting itself is often just the start; getting to a closed transaction often takes at least six to nine months and, in many cases, two years or more. A certain measure of patience is required and for relatively early-stage companies, balancing the process of raising capital with the ongoing challenges of day-to-day management of their firm is a challenge. Unfortunately, there’s no specific solution but to juggle both at once. In 2008, KidFresh competed in an Investor Meeting and just last month closed an investment round worth €10 million—nine years later. Not all companies have to follow such a path, but it’s worth repeating that this can be a long process and fundraising is a constant process for a growing company.