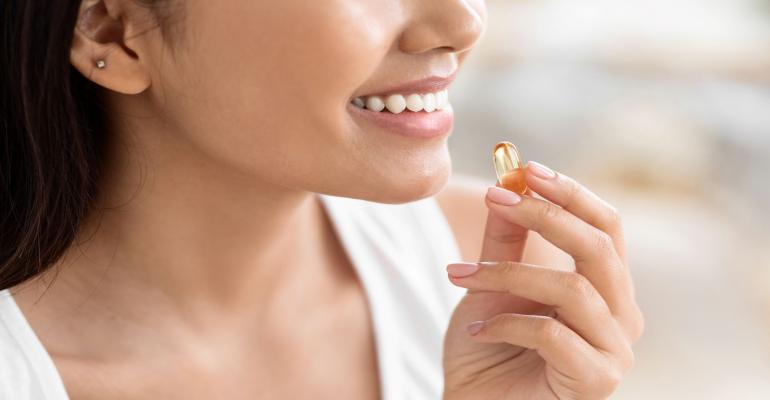 A new formulation makes use of time-released ingredients that may improve sleep and the morning after.

Swiss nutraceutical company Galventa has developed a ‘wake-up’ supplement with natural, delayed-release ingredients that help people gently wake up in the morning, reducing feelings of grogginess, drowsiness, and cognitive impairment.

The product, called B Sync On, includes the vitamins B5 and B12, zinc and caffeine. It is designed to be taken at bedtime and, thanks to a patented pulsatile delivery formulation, it releases its active ingredients after seven hours. In this way, it helps provide an uninterrupted night's sleep and an easy transition from being sound asleep to wide-awake, the company said.

“Unlike other sleep or wake-up aids, B Sync On does not disturb one’s sleep but adjusts the inner clock to the person’s lifestyle,” said Galventa.

Reduces the signs of sleep inertia

According to the St Gallen, Switzerland-headquartered company, the supplement significantly reduces the emotional, cognitive, and physical signs of sleep inertia.

It evaluated the supplement’s ability to improve sleep inertia in a placebo-controlled, double-blind, cross-over study with 22 sleep-restricted volunteers.

The results showed B Sync On had a “significant” elevating effect on mood and cognition immediately upon awakening, and that it substantially improved the overall wake-up experience, said Galventa.

The supplement, which costs £24.99 for a 20-capsule packet, is aimed at people who do night-time shift work, suffer from jet lag, or need to perform immediately after waking up.

A blend of ingredients to boost alertness

One capsule contains 60 mg of caffeine, 60 mcg of vitamin B12 (cyanocobalamin), 5 mg of vitamin B5 (calcium-D-pantothenat) and 5 mg of zinc.

Pantothenic acid is the active form of vitamin B5, which is essential for enzyme function, energy production and maintaining the structure and function of the brain cells. Pantothenic acid also supports a healthy adrenal function and contributes to the reduction of feelings of fatigue, Galventa said.

The amount of caffeine, which improves alertness, is equivalent to one cup of espresso coffee while zinc helps support cognitive functions, improves spatial memory and supports the immune system. Vitamin B12 supports a range of physical and psychological functions in the body that increase energy levels and mental performance.

Dr Dario Dornbierer, chief scientific officer and founding partner of Galventa, said: “Many scientific studies have found that we are most vulnerable to sleep deprivation in March, as we transition from Standard Time to BST. Over the past four years, our team of sleep science experts and pharmacologists has developed B Sync On and proven its efficacy in clinical trials.'

The product was launched in the UK just ahead of the switch to Daylight Saving Time in March 2022.

Dornbierer added: “We're looking forward to seeing its positive effect on people with difficulty waking, particularly at times such as the spring clock change, when sleep patterns are more likely to be disrupted.”

Navigating the novel food regulation: One expert’s advice for getting your dossier approved - Interview
Sep 23, 2022