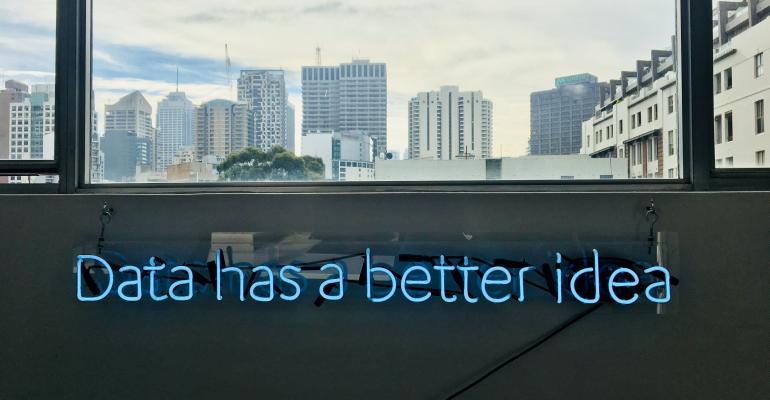 Food and beverage CPGs need to constantly revamp their products to cater to shifting consumer preferences. More often than not, these shifts in consumer preferences are happening more rapidly than the typical product development cycle, contributing to the failure of some 80% to 85% of new products post-launch. Thankfully, emerging digital tools are presenting a unique opportunity to help meet this challenge.

How digital tools will revolutionise food and beverage development

The rise of big data analytics and artificial intelligence (AI) have garnered hundreds of billions of dollars in funding since 2014. While other industries have already generated significant momentum in adopting AI-fueled analytics to accelerate product development, the CPG industry is in its early days of doing so. Two prime examples of increased adoption elsewhere are AI for drug discovery and materials informatics, within the pharma and materials industries, respectively. The first real-world example of leveraging AI to support food and beverage development can be traced back to 2014 with IBM’s now-retired Chef Watson, but it wasn’t until around 2018 that an uptick in market development showed early signs of legitimate adoption by the CPG industry.

This uptick in market development (e.g., funding, partnership announcements, product roll-outs) is coalescing into its own technology space comprised of two types of players: ‘brand owners’ (those using AI-based data analytics to create their own or co-developed products) and ‘service providers’ (those offering AI-based data analytics as a software service to CPGs). Regardless of type, there are only a dozen or so companies operating in this space and all are start-ups except for IBM. Although most of the start-ups fit the ‘service provider’ profile, two of the three falling into the ‘brand owner’ classification have garnered the vast majority of funding: Nuritas and NotCo. These companies have received at least $61 million and $30 million in funding, respectively. Of the service providers, Analytical Flavor Systems has raised the most funding, largely from a $4 million Series A round in November 2018.

While funding helps indicate momentum into the space, proving a return on investment (ROI) through such approaches will be the most vital indicator of future success. In select instances, companies have proved ROI in terms of accelerated product development cycles. This has been highlighted by recent work from IBM and Nuritas.

IBM made headlines in 2019 by creating and deploying AI-based solutions for McCormick and Cerealto Siro Foods. IBM took different approaches in each instance. For McCormick, IBM Research developed an interactive tool for flavorists that recommended new seasoning formulas, drawing on McCormick's wealth of existing proprietary data. For Cerealto Siro Foods, IBM Services provided a trendspotting resource for new product inspiration that relied on publicly available information like social media. In both cases, IBM departed from the approach used with its since-retired Chef Watson project that built on the flavor pairing hypothesis.

In the case of McCormick, its chief science officer has stated that through the tool delivered by IBM, the company can speed up the product development cycle by up to 70%.2 Moreover, the company conceptualised a line of seasonings using IBM's AI platform, dubbed 'ONE,' which it released in the United States around mid-2019. With regard to Cerealto Siro, it has yet to make any explicit remarks about reduction in product development timelines, but the company has already launched new products in the UK inspired by IBM's tools.

Thanks to this partnership, BASF was able to launch a novel rice protein-based bioactive ingredient "PeptAIde" in November 2018, within two years of the original partnership announcement.

Looking forward: A shift in spotlight to Asia Pacific

While development activity to date has largely resided within North America and Europe, this will expand into Asia-Pacific given the evolving needs of the region. Around 90% of the global middle-class growth by 2030 will be from three regions within Asia: India (380 million), China (350 million), and Southeast Asia (210 million).3 This will undoubtedly lead to an increased consumption of packaged foods and beverages, creating an opportunity for CPGs, but within a uniquely vast and heterogenous market.

Start-ups Analytical Flavor Systems (AFF) and AI Palette are both service providers and have been early movers to recognise this regional opportunity. Although headquartered in the U.S., more than 50% of AFF’s current customer base is from Asia. The company possesses an AI-based sensory intelligence software platform, called Gastrograph AI, to predict the perception of food and beverage products by different demographics of consumers. By focusing on demographic-driven product design, it caters well to the heterogenous nature of Asia and hence has gained traction there. AI Palette, headquartered in Singapore, focuses on demographic-driven product design too, but through a different approach. It is focusing much more on the conceptualisation stage of product development through consumer intelligence insights, rather than the prototyping stage where sensory intelligence from the likes of AFF comes into the equation. The company’s main differentiator is its use of language-agnostic natural language processing capabilities to derive insight from public sources of information, such as social media and restaurant reviews, once again catering well to the heterogenous nature of Asia.

In Asia and abroad, there’s a clear need to take a more agile, data-driven approach to reformulating as well as developing new foods and beverages. Although it is still an emerging space with only a handful of players, CPGs should view this approach as an efficient strategy to rapidly accelerate the development timeline for new product launches, thus enabling companies to address challenges around changing consumer preferences. As digitally driven technologies move faster than physical product innovation, now is the time to engage.