An Overview of Omega-3 Health Benefits 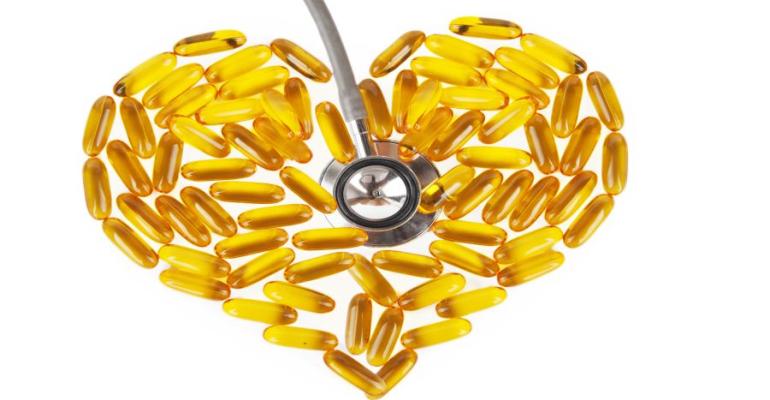 Prof Philip Calder explains why a low omega-3 index level should be a concern for everyone.

Awareness of omega-3s and their health benefits is strong across the EU, although usage levels are much lower, according to research from the Global Organisation for EPA and DHA Omega-3s. The best source of EPA (eicosapentaenoic acid) and DHA (docosahexaenoic acid) is seafood, especially fatty fish, but they are also found in various oils and supplements, and may be used in enriched functional foods. As usage levels are so low, it’s inevitable people have little EPA and DHA in their bodies, and therefore a low omega-3 index level.

Prof Philip Calder, University of Southampton, spoke in the Omega-3 Forum, one of the R&D forums from the 2017 Vitafoods Europe Education Programme on the subject of omega-3 fatty acid incorporation patterns, mechanisms and biological effects, and explains a low omega-3 index level should be a concern for everyone. This is because EPA and DHA are vital components of cell membranes where they affect cell function, and Prof Calder gives the examples of the heart, brain and nervous system. Having the right amount of EPA and DHA in the membranes of those cells determines how well those cells function, he continues.

Studies published in the American Journal of Clinical Nutrition indicate low concentrations of EPA and DHA result in an increased risk of death from all causes, as well as accelerated cognitive decline.1,2,3

An Italian study of 11,000 heart attack survivors found patients supplementing with fish oils markedly reduced their risk of another heart attack, stroke or death.4 In another study, American medical researchers reported men who consumed fish once or more every week had a 50 percent lower risk of dying from a sudden cardiac event than men who ate fish less than once a month.5 Prof Calder explains omega-3s act on various tissues to provide cardiovascular health benefits. Regulating cholesterol triglyceride levels is one of these benefits. Both krill and fish oils notably reduced the enzyme activity that causes the liver to metabolise fat, significantly reducing liver triglycerides.6 They also lower blood pressure, he adds, and decrease inflammation, influencing many risk factors that can lead to vascular diseases. More locally, they also influence the way the heart cells behave; Prof Calder notes they can alter the heart rate and heart rate variability.

Another study published in June 2014 linked low levels of DHA with poorer literacy skills and memory and behavioural problems in otherwise healthy school children.7 A further study published in August 2013 showed children who consumed an omega-3 supplement as infants scored higher on vocabulary and intelligence tests.8 Prof Calder explains the brain has the highest DHA content in the body—it is vital for communication between brain cells. It is therefore crucial for the acquisition of memory and comprehension, and for the maintenance of those brain functions during ageing.

Prof Calder stresses the importance of ensuring a high intake of omega-3s, saying those who don’t eat fish should be paying particular attention to their levels. There are non-fish sources of omega-3s, including algal oils, and the human body can make convert the plant-based source of omega-3s, alpha linolenic acid (ALA), into a small amount of EPA. The quantities produced through this conversion are too small to be entirely sufficient, but Prof Calder says this could be increased by reducing intake of omega-6s, which compete with omega-3s for metabolism. However, as linolenic acid is the main omega-6 fatty acid found in plants, this would prove a difficult strategy for vegetarians.

For the full interview, listen to the Vitafoods Insights podcast here. Download the January edition of our Digital Magazine, The Widespread Appeal of Omega-3s for more information.

[6] A. Ferramosca et al. ‘A krill oil supplemented diet reduces the activities of the mitochondrial tricarboxylate carrier and of the cytosolic lipogenic enzymes in rats.’ Journal of Animal Physiology and Animal Nutrition. 2012