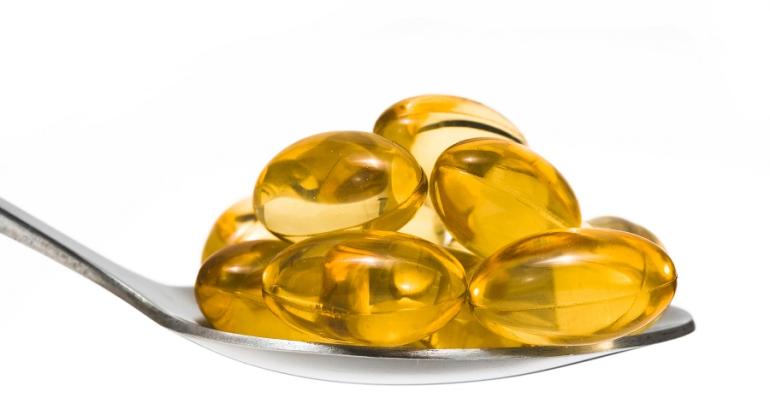 Much of the world’s population exhibits low levels of the omega-3s EPA and DHA, according to a study published in the May 2016 issue of Progress in Lipid Research. The study’s mapping of countries and regions raises growing concern that low omega-3 status has become a global public health concern, as omega-3 deficiency is associated with several chronic diseases.

To address this health issue, Aker BioMarine established The Omega-3 Index Project (O3i) with several industry partners, associations, and non-profits to raise awareness of the risks associated with low omega-3 levels. To achieve healthy omega-3 levels, the project sets out to raise awareness of the importance of omega-3 and encourage doctors and other opinion leaders to recommend individuals check their omega-3 EPA and DHA level using a nutritional tool called the Omega-3 Index Test.

More than 80 percent of people globally have a low or very low Omega-3 Index, which could significantly increase their risk of sudden cardiac death. Regions with low levels include but are not limited to North America, Central and South America, Europe, the Middle East, Southeast Asia, Africa, Australia, and China. 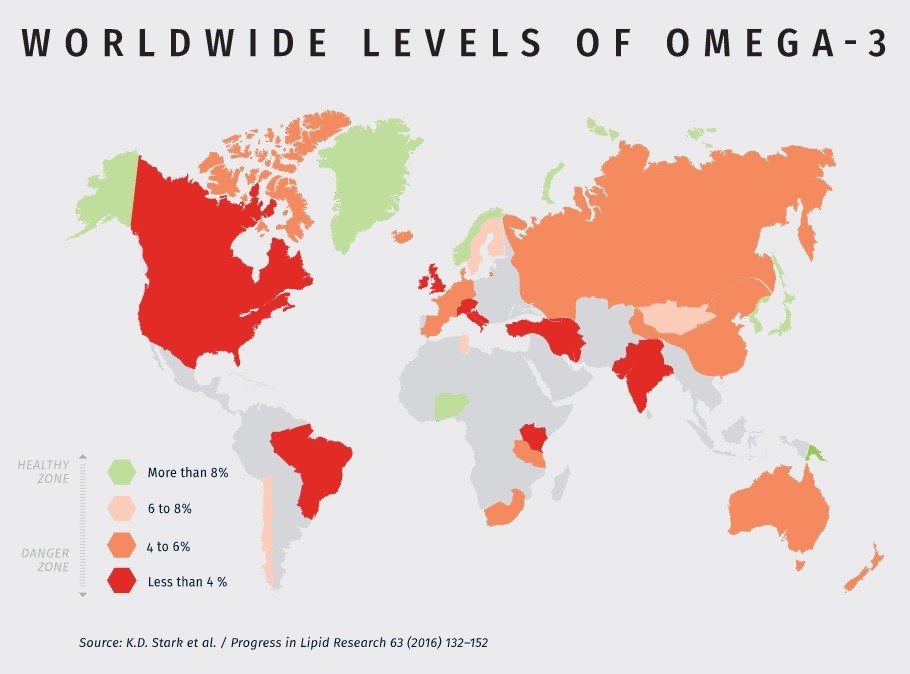 Most people have heard intake of fatty fish as well as long chain omega-3 fatty acids of marine origin is good for them. However, it is difficult to know exactly how much omega-3s one actually needs to ingest. Is one serving of Atlantic salmon per week enough? Alternatively, which supplements should one take?

This is where the Omega-3 Index Test comes in handy. The Omega-3 Index Test is a simple blood test that tells users what percentage of their red blood cells contain omega-3s EPA and DHA. While the desired level is 8% or above, most consumers globally have a very low Omega-3 Index level (4% or below), putting them at significantly increased risk for serious heart and brain-related diseases.

There has been a significant amount of research conducted in the past decade and thousands of studies published on omega-3s alone, according to the Global Organization for EPA & DHA Omega-3s (GOED). Several papers support the findings that have identified omega-3 deficiency as a risk factor for heart disease.

Given these findings, it has been suggested low omega-3 status is as much a public health issue as vitamin D deficiency, and that it is imperative to get these nutrients into the hands of as many people as possible.

The ultimate goal of The O3i Project is to get its partners to communicate through their channels the ramifications of having low omega-3 levels—an issue that is globally relevant and costs healthcare systems around the world billions of dollars. In most cases, once consumers know their Omega-3 Index they are motivated to do something about it. The good news is low omega-3 levels are easily corrected by diet or supplementation alone, without the need for drugs.