The Future for Omega-3s 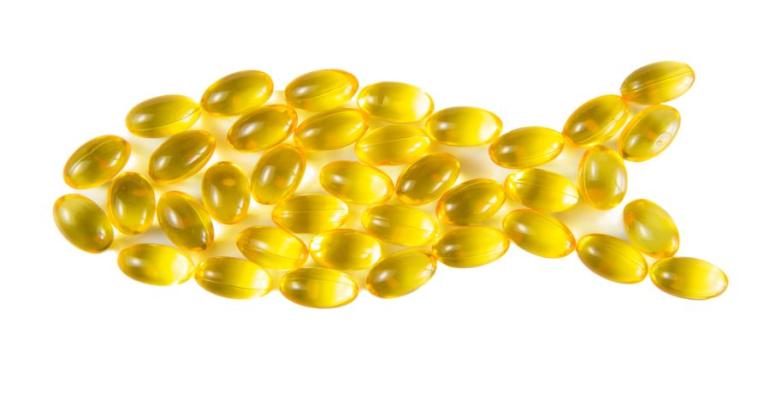 The omega-3 category has seen phenomenal growth over the past two decades and is now worth an estimated &euro;1.3 billion at the ingredient level.

Omega-3s offer health benefits at every stage of life and undoubtedly so. There is strong evidence for their efficacy in maternal and infant nutrition, childhood and behavioural disorders, adults, depression and cardiovascular disease, the ageing population in terms of cognitive decline—their benefits cross the entire age span. As Peter Clough, Honorary Secretary of the International Society for the Study of Fatty Acids and Lipids (ISSFAL), says, omega-3s are essential at all life stages but it’s not surprising we’re looking at a population with nutritional deficiencies.

ISSFAL is an international academic society, open to anyone with an interest in lipids, health and nutrition, representing most of the researchers in this field. Omega-3 fatty acids are polyunsaturated and there are three types involved in human physiology: alphalinolenic acid (ALA), found in plant oils, eicosapentaenoic acid (EPA) and docosahexaenoic acid (DHA), both commonly found in marine oils, with fish oils the primary sources of omega-3s in the diet.

The European Food Safety Authority has returned more positive opinions for the benefits of EPA and DHA than any other nutrient. So far, nine health claims have been authorised for use, including those referring to the reduction of disease risk and children’s development and health. Given the strict regulatory regime under which the evaluations have been conducted, this is a testament to the well-established benefits associated with EPA and DHA.

We can expect to see more authorised health claims for omega-3s in the future, according to Clough, but it may take some time as the regulatory environment changes. It varies from region to region, not just in Europe but around the world. Claims are not always dependent purely on the science behind them and the interpretation of this science may vary. It is a long and quite complex process to get these claims approved. Related to this, Clough thinks we will see an increasing number of pure pharmaceutical applications approved over the next five to ten years—pharma companies are heavily involved in research in this field, across a whole range of therapeutic areas, investigating omega-3s both as first-line or adjuvant therapies.

The omega-3 category has seen phenomenal growth over the past two decades. The market today is worth an estimated €1.3 billion at the ingredient level and continues to grow globally. Clough says this is because the science behind the products is so strong and so well-established. After many years of research, there are now many established claims for these products and not only is the science established but it continues to develop. Clough explains, whereas for other nutrients there was a flurry of activity scientifically and academically ten years ago, and a rise in products commercially before it tailed away—this is not the case for omega-3s. The science continues to develop every year and new findings come out, which provide a boost to the market—perhaps strengthening the evidence in a certain area, perhaps opening up a new area. As global expendable income rises, particularly in Asia, people will want to avail themselves of these benefits so, as Clough reasons, we can expect the market to continue growing.

Omega-3 deficiency is a global problem, with very few exceptions. There are well-studied, well-known, small populations around the world which have a high dietary fish intake and these populations achieve very high omega-3 indexes. But they are very much in the minority. Increasingly, as their diets change and they adopt a more Western diet, we see their levels falling.

The vast majority of omega-3s are derived from fish oil which is primarily a by-product. The amount of fish oil used in supplements is only a small proportion of the global production—a large percentage is considered unsuitable for supplements. That will change, says Clough. We will see increases in production and differences in processing and recovery techniques which will see a greater proportion of fish oil produced that is available for use in human nutrition. Currently, this is the main source. Looking forward, there are new sources available that are more sustainable with better environmental credentials—for example, algal oils are well founded now. Looking further forward, despite regulatory issues, Clough believes modified crops will be an excellent low-cost source of omega-3s and these crops will play a role in different countries at different times with different regulatory requirements.

To hear the full interview with Peter Clough, check out the Vitafoods Insights podcast here.