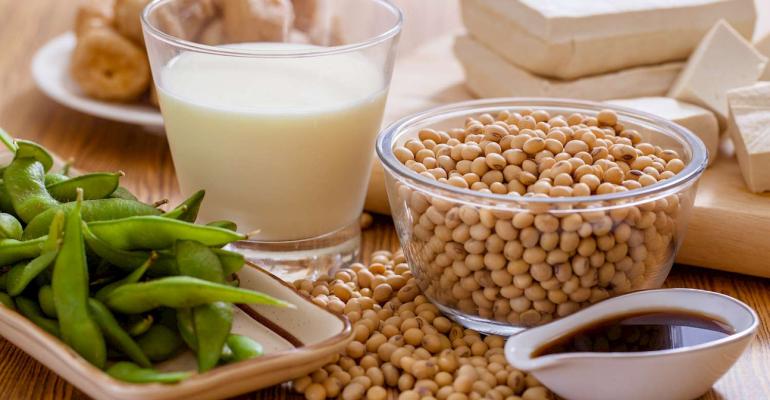 Grape polyphenol botanicals demonstrate high potential for combatting several diseases and health conditions, including prevention and attenuation of neurodegenerative diseases. However, their limited bioavailability raises questions about their application and efficacy in neuroprotection. In a critical review, researchers identify several strategies to help improve bioefficiency. Noteworthy is the notion to alter the structure of the polyphenol molecules themselves, as well as altering the gut microbiota to promote easier absorption across the gut barrier.
Read more at Taylor & Francis

A systematic review and meta-analysis was recently published in the World Journal of Clinical Cases that assesses the effects of probiotic preparation Medilac-S, as adjunctive therapy in ulcerative colitis patients. Involving 53 randomised clinical trials and close to 4,000 patients altogether, this  meta-analysis concluded that this probiotic significantly improved chances of clinical remission by 21%, improved symptoms of the gastrointestinal tract, and reduced the risk of the anti-inflammatory drugs side-effects, as compared to the drug alone
Read more at Vitafoods Insights

A study published in Nutrients suggests that a plant-based diet is increasingly favoured by endurance athletes for its antioxidant, anti-inflammatory and heart health benefits. Co-author Dr James Loomis sites that more and more athletes are making the change to a vegan diet with a view to improve athletic performance and recovery. The study investigates over 80 previous studies to confirm reduced oxidative stress, anti-inflammatory properties, and influence on cellular motabolism.
Read more at Nutrients

While vegan diets are on the up amongst athletes, new research that polled office workers has revealed that vegans take twice as many sick days as their meat-eating colleagues. The average worker in the UK takes two to three sick days per year for colds and minor illness, whereas vegans take an average of five. The study also showed that vegans are three times more likely to visit their GP than the average UK adult. While reasons remain under investigation, researchers suspect weakened immune systems due to undernourishment or poor supplementation.
Read more at Irish Post

Following retail reports, Britain has overtaken Germany as the vegan capital of the world. Analysts have found that UK supermarkets launched the most plant-based products in 2018 with one in six new food products classified as vegan. Restaurants and fast-food joints have also significantly expanded on their vegan offerings.
Read more at Daily Mail